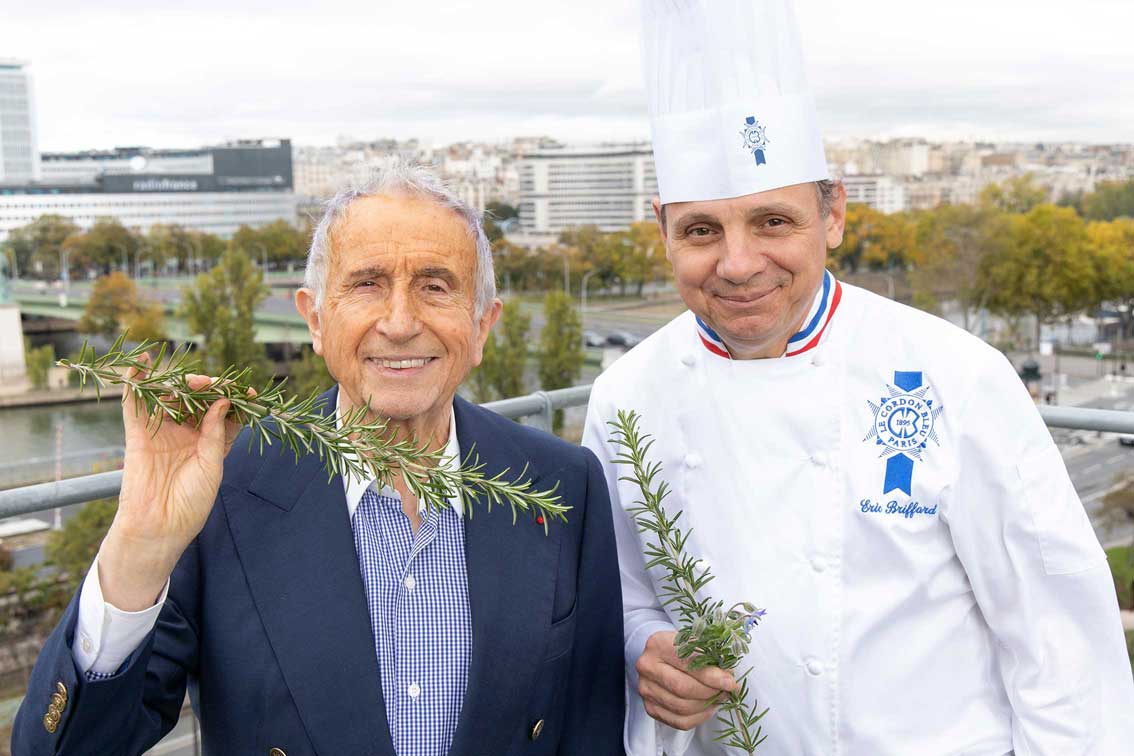 Paris, October 2019 – Le Cordon Bleu Paris was honoured to welcome legendary Chef Michel Guérard for an exclusive conference, uniquely for Advanced Studies in Taste (HEG) students. This was the perfect gift for the year in which the programme, which is dedicated to the culture of taste, gastronomy and the art of fine dining, celebrates its 15th anniversary.

On Thursday 17 October, we were delighted to welcome Chef Michel Guérard, a global icon of French gastronomy. One of the Best Craftsmen in France (Un des Meilleurs Ouvriers de France - MOF) in pastry, he has worked at Le Crillon and the Lido, and was awarded two Michelin stars at Pot-au-Feu. In 1974 the Prés D’Eugénie, in the Landes, became his home and he was awarded a Michelin star just one year later, a second in 1976, followed by a third in 1977. He has retained his three stars without fail for over 40 years.

After meeting the students, and being given a guided tour of the Institute accompanied by the Head of the Institute and Culinary Arts Director Chef Eric Briffard, Michel Guérard gave an exclusive conference to the 25 students in the HEG programme class of 2019. He looked back at the highlights of his stellar career, in particular the creation of his gourmet salad of French green beans, green asparagus, and truffles, in which foie gras shavings replace peanut oil. He also talked about the nouvelle cuisine movement, which emerged in the 1960s, of which he is one of the founders, alongside chefs Alain Senderens, Alain Chapel, and the Troisgros brothers.

The fascinating discussion was co-ordinated by Denis Saillard, a doctor in contemporary history, whose speciality is gastronomy and cultural history, and who teaches on the Advanced Studies in Taste (HEG) programme. The two-week training programme, in partnership with Reims Champagne-Ardenne University, is aimed at professionals who are keen to develop their career and understanding of the world of taste and gastronomy. The programme is taught by renowned university professors including Hervé This, and gastronomy professionals, including Le Cordon Bleu Chef Instructors, and on this occasion Chef Michel Guérard.


FIND OUT MORE ABOUT HEG