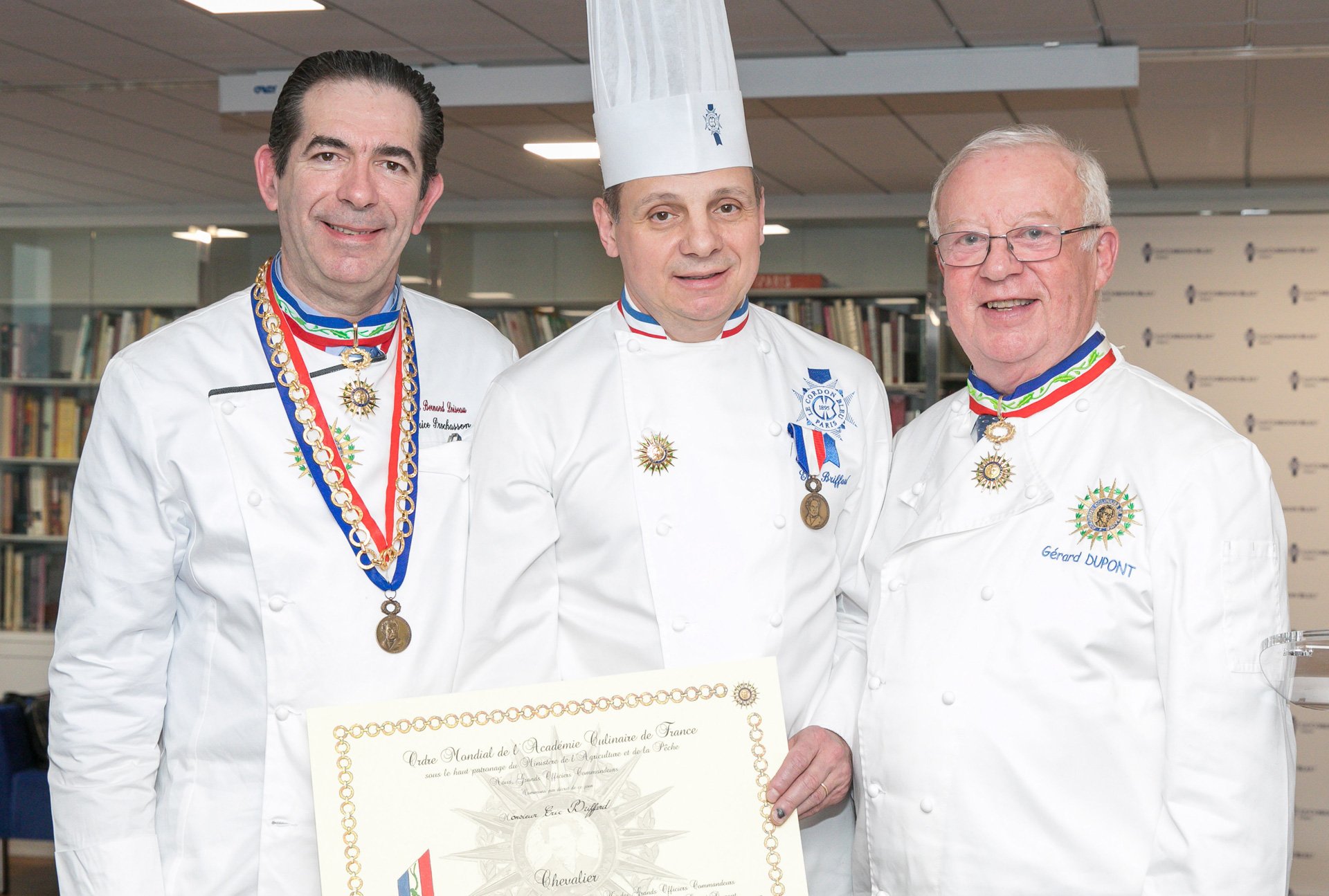 
This event also provided the opportunity for the Academy to honour several of its members, including Chef Briffard. He was awarded the title of Chevalier; a great honour for Le Cordon Bleu institute Executive Chef and Culinary Arts Director, who became a formal member of the ACF last year.

Following a speech, which underlined the desire of Le Cordon Bleu institutes to transmit the values of excellence which are deep-rooted in our culinary heritage to the next generation, Chef Briffard paid an emotional tribute to Paul Bocuse.