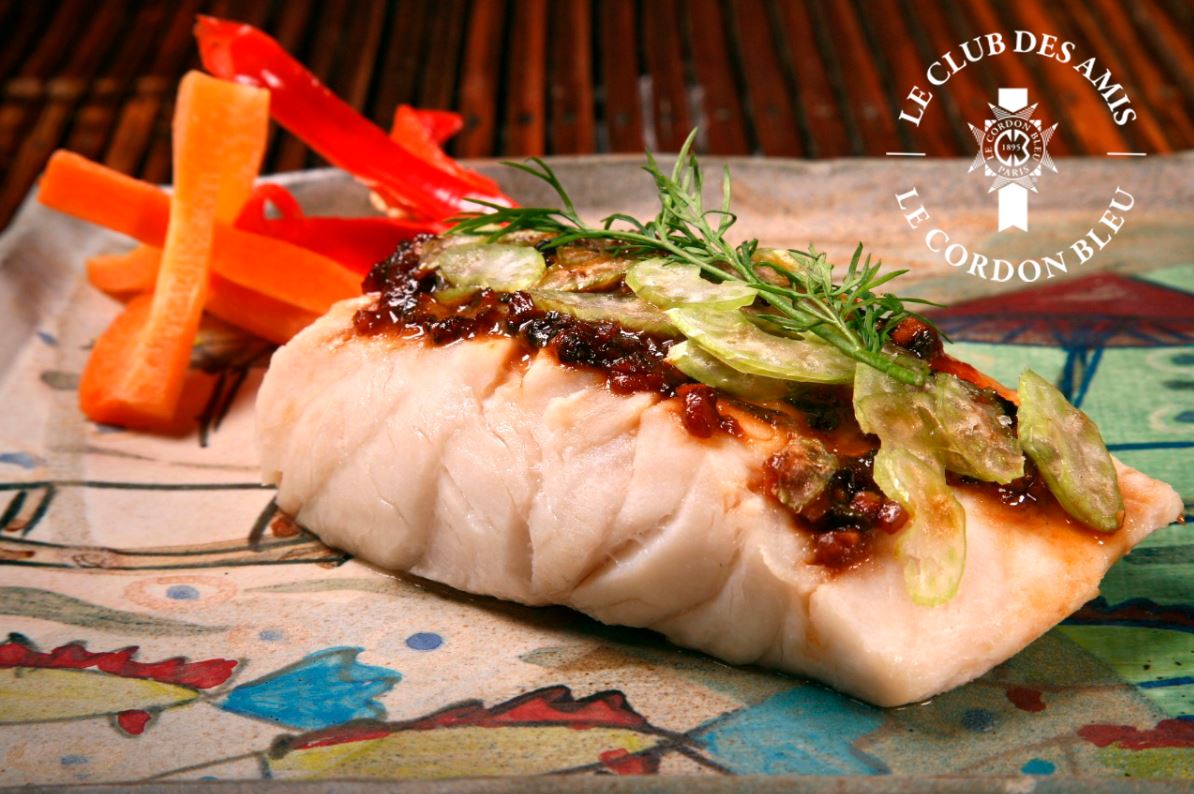 At Le Cordon Bleu Rio de Janeiro we have welcomed many incredible chefs through our doors to demonstrate their skill and share their knowledge with our students. Le Club Des Amis is made of up those chefs who we consider as friends of Le Cordon Bleu, and we are excited to share some of their incredible recipes with you. The guest of this edition is Chef David Zisman, who has already joined us with several Gourmet and Short Courses at our Institute and now we will share with you about his inspiring journey and recipe, of course!

Nam Thai restaurant, is located in the city of Rio de Janeiro and has been a reference in Southeast Asian cuisine for over 20 years, being the only one that has the Thai Select seal of excellence, granted by the Thai Government due to its loyalty with the flavors and the local culture. The restaurant is led by Chef David Zisman, who decided to share one of his famous recipes with us.

Before the recipe, we want to share some interesting facts with you!

Chef David Zisman was a doctor (he practiced the profession for about 35 years) and in one of his trips around the world, he fell in love with the culture of Southeast Asia, surrendering mainly to its gastronomy, which he started to study and practice frequently, becoming a profound expert and researcher of the gastronomy of the region.

He shared a story about the most exotic ingredient from Thailand that he uses in his dishes:

“For more than 4 centuries, the kingdom of Ayutthaya (a former capital of Thailand) was the most important in the region, and the representatives of the court of Louis XIV who lived there,  constanlty complained to France about the strong burning flavour in the dishes that had a crab and shrimp paste.

What the French did not know was that, when fried, this striking ingredient becomes a pungent and unique flavor to the dishes!

How about we start introducing this rich gastronomy into our day to day? But we thought it was best to start with something a little simpler, don't you agree?

Put the oil in a frying pan until it is warm (not boiling hot). Add all the ingredients of the chilli and let it cook slowly until it becomes jam.

Season the white fish loin with about 180 to 200 grams with salt. Place it in a steam pan for 8 minutes. Remove from the steam and place a teaspoon of the chili jam on the fish.

Cut the celery and ciboulette to cover the fish and add as a dill to finish the decoration.

It can serve on a clean platter or on a bed of chard and shitake.