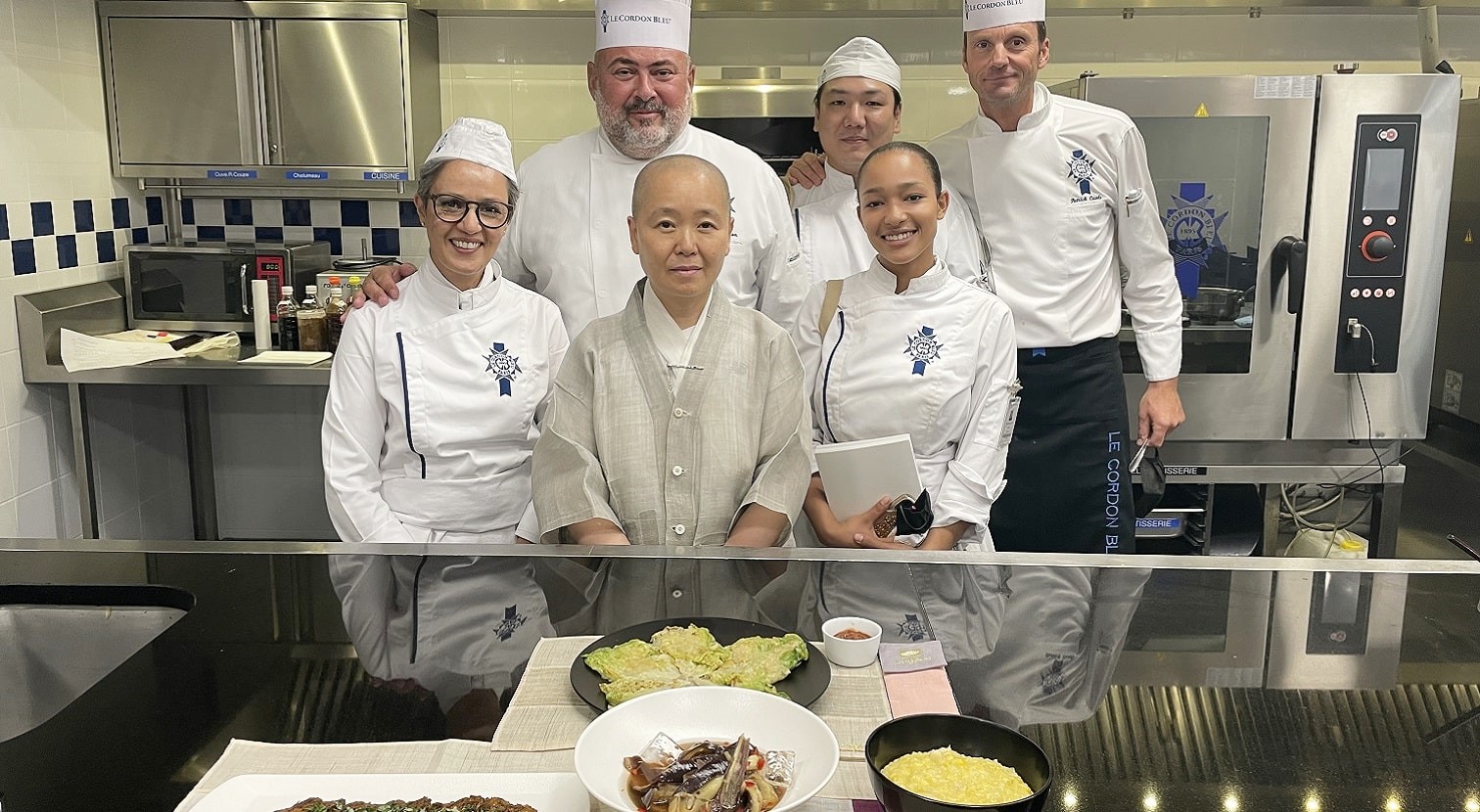 Le Cordon Bleu was honoured to welcome Buddhist nun and Korean chef, Venerable Beop Song, who introduced plant-based Korean temple food to our Diploma in Plant-Based Culinary Arts students. She came to Paris, the second stop on her culinary journey after Le Cordon Bleu London institute, to share her knowledge of this ancestral culinary art, practised by Buddhist monks in South Korea.

A renowned chef and cookbook author, Beop Song became a Buddhist nun in 1996 under the supervision of Venerable Seongkwan. Her goal is to make temple food’s mindful cooking and consumption methods accessible to all, by sharing them around the globe.

This was her first visit to Le Cordon Bleu Paris institute to introduce students to temple food, an integral part of the Diploma in Plant-Based Culinary Arts.

Temple food puts special emphasis on health, ecology, seasonality, and zero waste. In other words, it focuses on preparing food which is beneficial to health by using a minimalist approach which results in outstanding flavours. Dishes are made using ancestral techniques and traditions, with attention to detail in the way in which food is prepared and consumed. Great care is taken to use ingredients which are grown locally, no further than 15 km from the temple, and in the choice of ingredients used and flavours. Choosing seasonal produce is also essential, as she relies on nature to provide healthy nutrients from plants year-round.