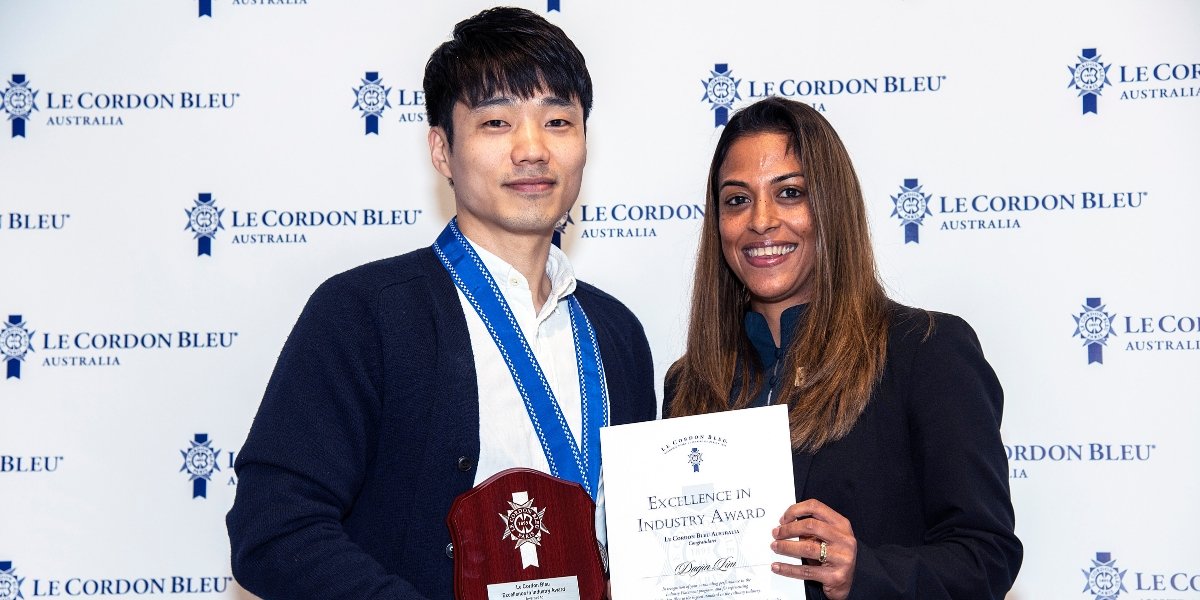 Daejin (Eddy) Lim has accepted a full-time role as a Commis Chef at Attica, ranked in the world’s top 50 restaurants, after completing a 6-month Work Integrated Learning (WIL) placement at Attica during his Diplôme de Cuisine at Le Cordon Bleu Melbourne.

Born in South Korea, Eddy came to Australia in 2006 on a Working Holiday visa where he worked in Japanese restaurants following similar experience back home. In Australia he applied for permanent residency, but when processing was delayed, returned to Korea for another 5 years.

With no formal culinary training, Eddy clocked up an impressive 14 years’ restaurant experience in both Australia and Korea, finally reaching a stage in his career where he felt formal training was the best way forward. Forced to choose between Japanese/Eastern Cuisine and the Western culinary tradition, he chose the latter.

When Eddy’s permanent residency to Australia was granted, he returned in 2018, having enrolled at Le Cordon Bleu Melbourne before leaving Korea. Eddy chose Le Cordon Bleu because of its international reputation and, as he notes: “Le Cordon Bleu is very famous in Korea”. His decision to pursue formal training was because, “I wanted to learn from the best” – particularly as he was already 36 years old.

The choice of school was influenced by a friend who’d studied at Le Cordon Bleu in Seoul and recommended the brand highly. Having already lived in Melbourne during his Working Holiday, Eddy was attracted to its vibrancy, ethnic diversity and delighted in Melbourne’s strong food culture.

Studying at Le Cordon Bleu was Eddy’s first experience of Western/French cooking. “This was both interesting and a challenge unlike anything I had done before,” he confesses. Eddy maintained his relationship with Japanese food with a part-time job at Nobu while studying. This made for a full workload, studying for 9 – 10 hours per day, then working past midnight.

Eddy completed his Diplôme de Cuisine (at the same time earning his SIT30816 Certificate III in Commercial Cookery) in March 2019. A compulsory part of the programme includes a 6-month Work Integrated Learning (WIL) placement. It was at this point that Eddy first became associated with Attica.

“I had already heard about Attica before coming to Australia due to its international reputation and I really wanted the opportunity to work there”. Le Cordon Bleu Melbourne staff facilitated an interview for him, and his placement at Attica was secured.

As part of the Le Cordon Bleu curriculum, Eddy’s first 6 months at Attica was an internship. “While it would have been nice to have paid employment, for me it was more important to gain professional experience in Australia’s best restaurant”. Like all other chefs in the Attica kitchen, Eddy planned and prepared staff meals where he reverted to his forte of Japanese and Korean cuisine. While on Work Integrated Learning (WIL), Eddy worked 3 days a week at Attica, alongside other restaurants to broaden his experience.

A combination of natural talent, the very best formal training and sheer determination saw Eddy impress his bosses at Attica during his industry placement – so much so that by the end of his 6-month Placement, they offered him a full-time position. He received the Excellence in Industry Award at his Le Cordon Bleu graduation in acknowledgement of his outstanding achievement.

We were delighted to offer Eddy full time employment at Attica Restaurant after his successful internship. Eddy’s character, personality and work ethic fit perfectly into our inclusive and caring team. Eddy proved himself indispensable during his time with us and when considering applicants for the vacant position Eddy’s name kept on coming up from all members of the management team. Eddy has the right attitude to learning and this is very important as an employee of Attica as the restaurant is built on the idea of constant evolution and never standing still. Eddy has displayed a curiosity that will bode well for his future in the Attica kitchen. (Ben Shewry, Executive Chef, Attica)

As a Commis Chef, Eddy is one of 15 chefs on staff, working in the larder section which at Attica involves 3-4 chefs. Other sections of the kitchen include charcoal, pastry, garden and ‘kangaroo’ with Eddy working with food items from all these sections. “It’s important to work well and have close co-operation between the sections because they are all interdependent”, Eddy observes.

A snapshot of Eddy's dishes 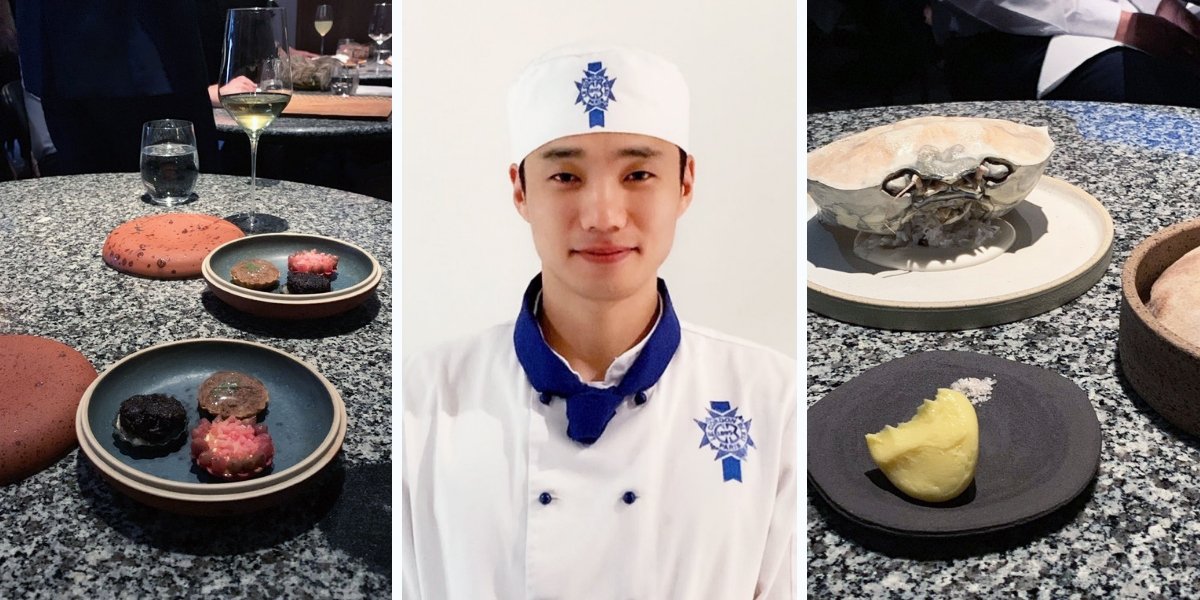 The 1550’s tart was created to pay tribute to past and present inhabitants of the area around Ripponlea (where Attica is located). Inside a red tart shell there is fresh Pepperleaf cream and various native fruits, which include Riberry, Sunrise Lime, and Blood Lime. A second dish, the 1880’s (English) tart, represents the English migration to Ripponlea. Inside the black tart shell is an English Breakfast tea cream, fresh pear, and warm black pudding.

Lastly, the 1930’s tart (Chicken Soup and Matzo Ball Tart) representing the influx of Jewish people into Ripponlea. The tart shell is made from matzo and schmaltz. Inside the shell is a fresh corn cream, dried chicken, dill, and chicken soup jelly.