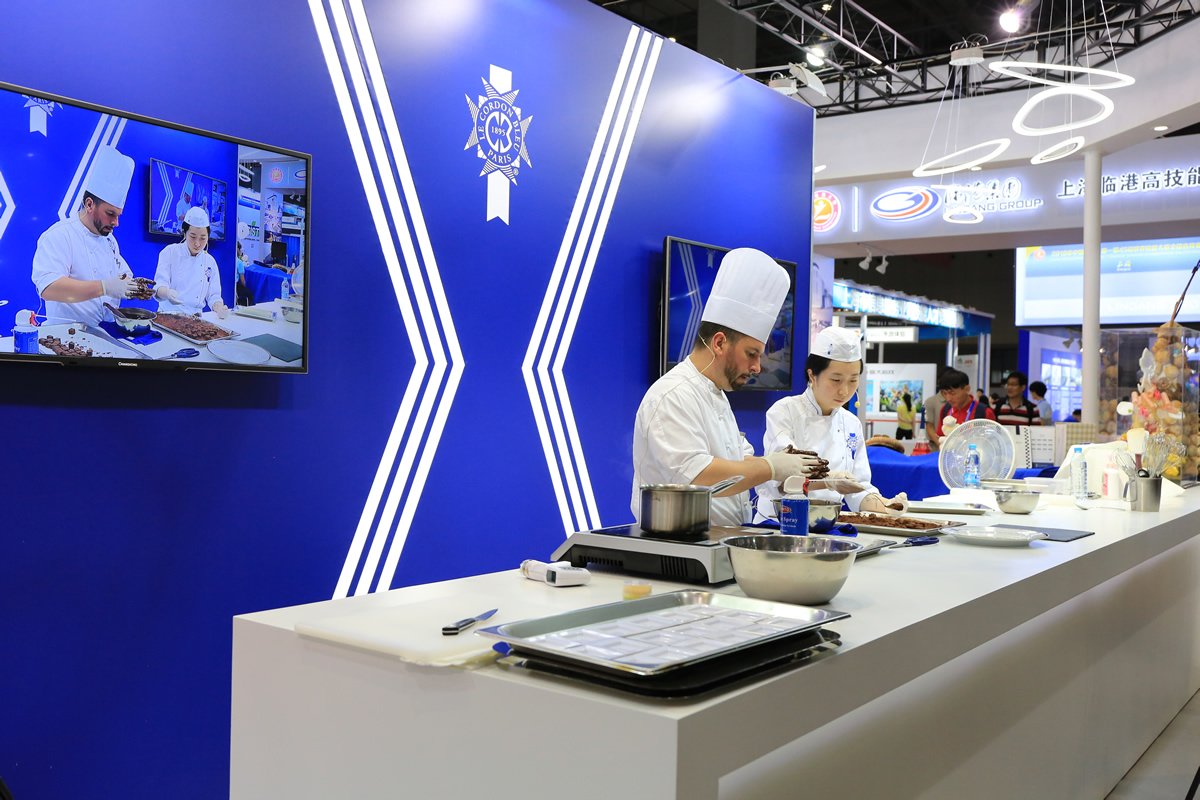 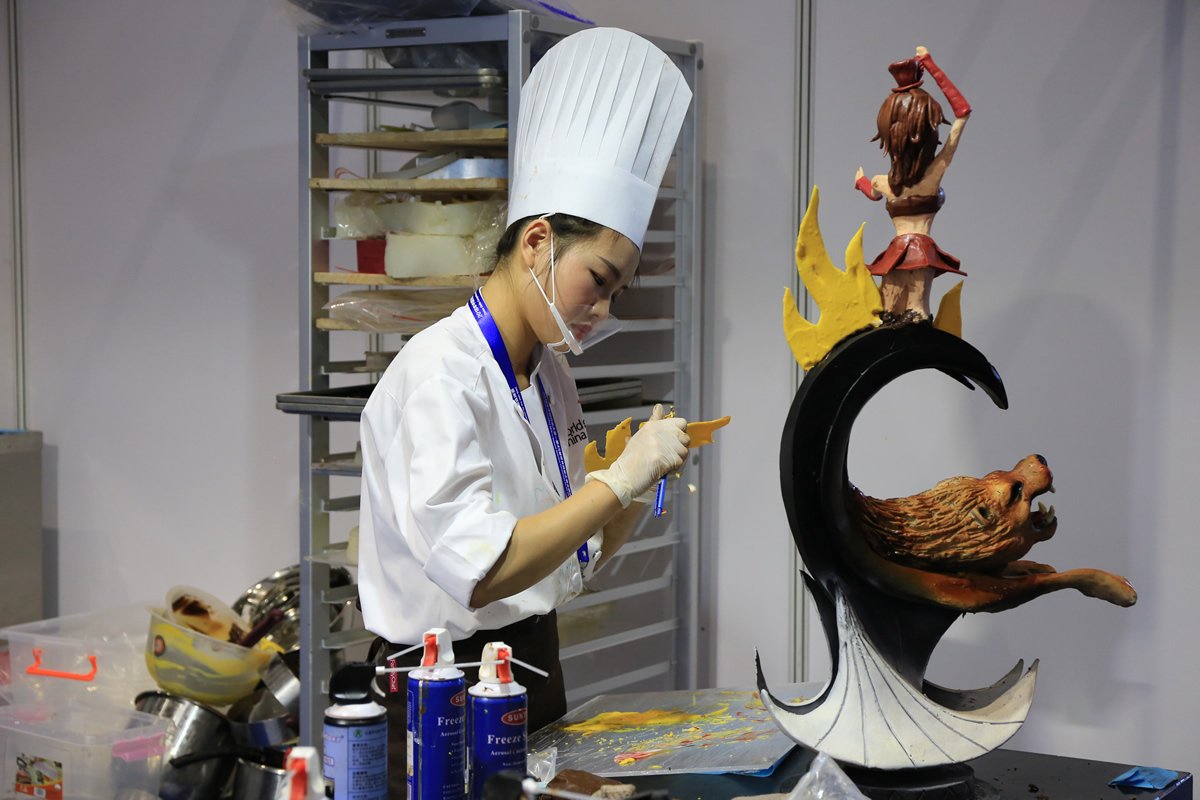 Le Cordon Bleu Shanghai transformed 1,500 square meters into professional kitchen areas and official booths for the competition. For the Pastry & Confectionary Unit, the contestants were required to complete a series of creations under the theme, "Happy Carnival". The whole challenge was divided into three modules: a fruit-flavored cake (including sugar showpiece art), chocolate showpiece work, and a set of marzipan pieces. This unit examined and tested the competitors' modeling ability of confectionary, the balance between temperature and texture, and their excellent control of flavor. After an intense and arduous amount of effort over several hours, a myriad of delectable pieces emerged. 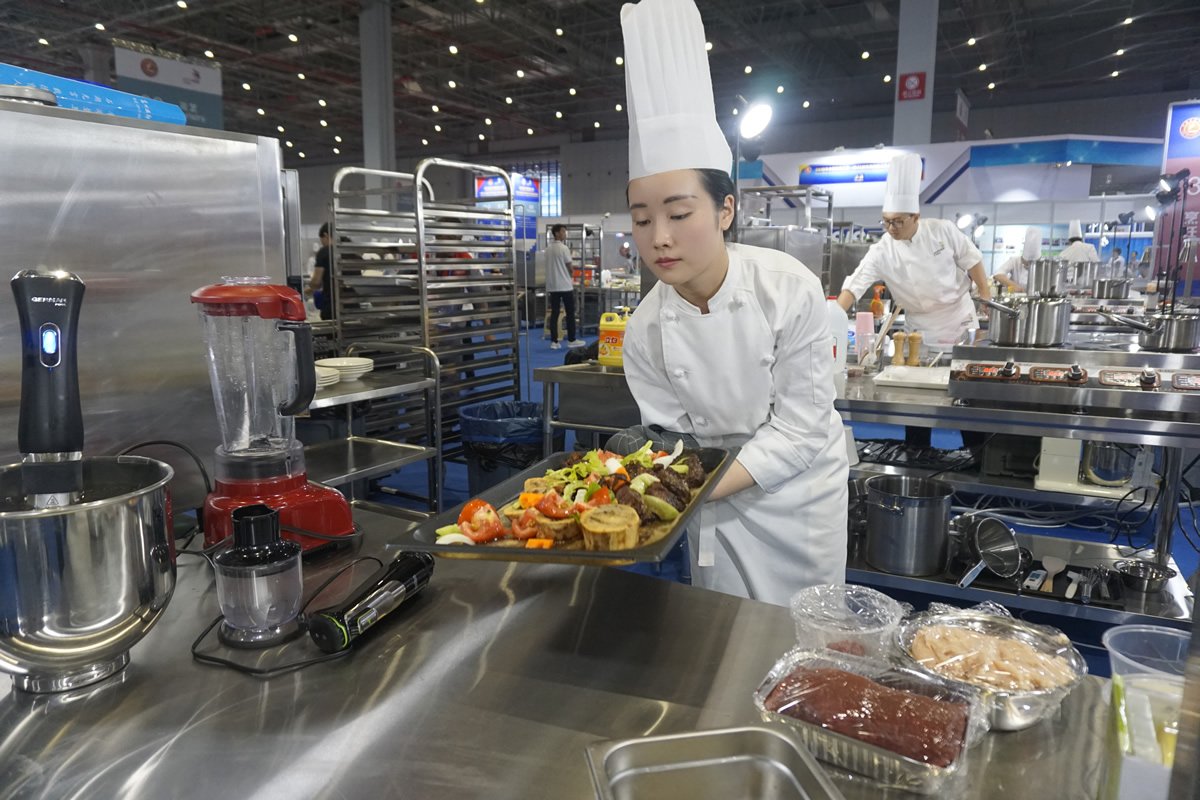 In the Cooking Unit Competition, the daunting task of completing a full menu of Western cuisine was assigned to all the contestants. Courses included a seafood appetizer, spaghetti, pure chicken soup, beef tenderloin, finger food and desserts. Participants were required to carefully handle all the ingredients, paying special attention to cooking techniques and finishing off all the dishes with fine plate presentation. The top winner in China would receive a ticket to the final world stage. All of the young, talented contestants were under 21 years old, but performed with the utmost skills of professionals with meticulous work attitudes, which perfectly interpreted the craftsman spirit of, “New youth, new skills, new dreams.” 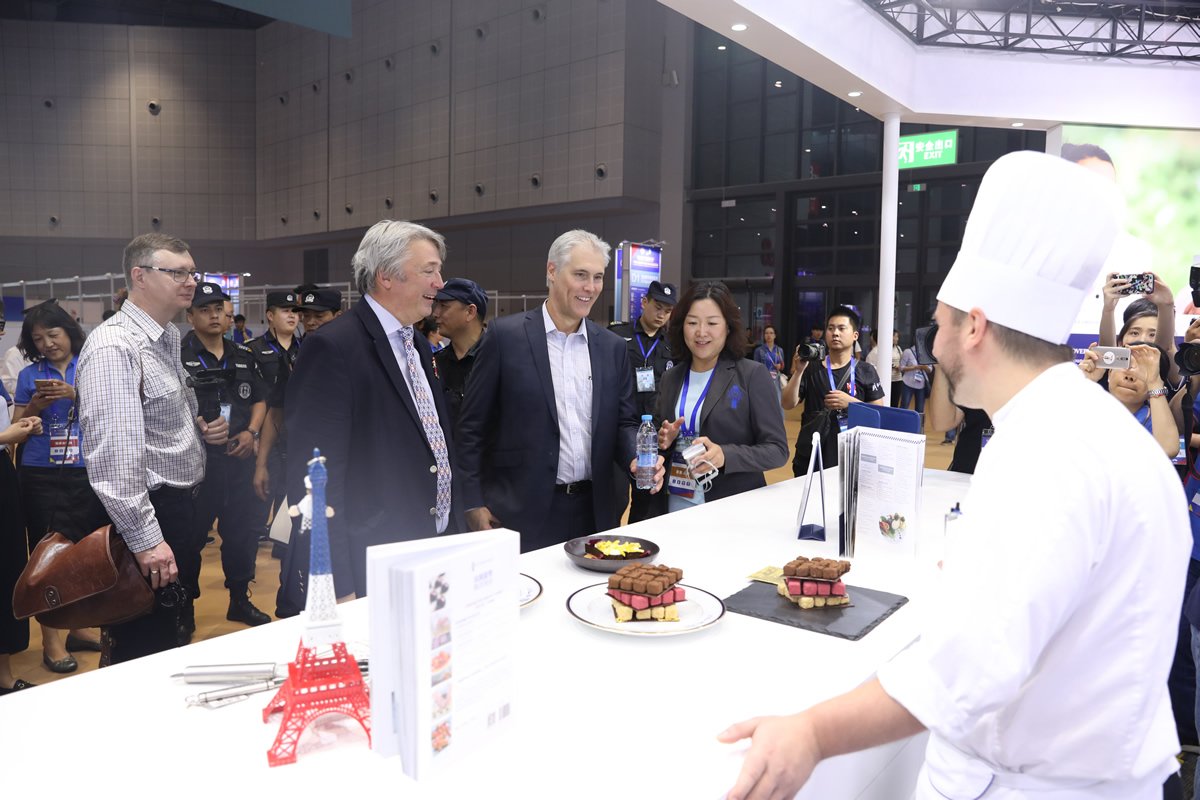 In 2017, Shanghai successfully bid to host the 46th World Skills Competition in 2021. In the meantime, Le Cordon Bleu Shanghai was also named as the training ground for designated players for both the Pastry & Confectionary and Cooking Units. At the beginning of 2018, Le Cordon Bleu held the Shanghai local competition with the goal of building an outstanding youth national culinary arts team for China with the hopes of discovering the best national player for the 45th World Skills Competition.

Founded in Paris in 1895, Le Cordon Bleu is considered the largest culinary and hospitality training institute in the world. With more than 35 schools in 20 countries, 20,000 students of over 100 nationalities are trained each year. Le Cordon Bleu provides a multitude of programs in Culinary Arts, and International Hotel and Hospitality Management among others, while combining innovation and creativity with tradition through its certificates, diplomas, bachelors and master’s degrees. As a global leading culinary art training institute, Le Cordon Bleu is not only equipped with the most modern cooking facilities, but also has a strong culinary tutor team. To meet the slogan of “New youth, new skills, new dreams” in Shanghai, Le Cordon Bleu is highly committed to providing young people with an international platform to show their professional skills. They encourage local youths to pursue their dreams and upgrade their professional skills, all whilst propelling China towards the international stage and achieving more food culture exchanges between the East and West.

As a firm supporter and co-organizer in the previous World Skills Competition, Le Cordon Bleu International continues to lead the way in culinary excellence through experience. It has successfully cultivated many excellent young seed players and continues to do so with much excitement and effort. Le Cordon Bleu takes great pride in their students past and present, and gladly looks forward to assisting in the 46th World Shanghai Skills Competition in the year 2021.