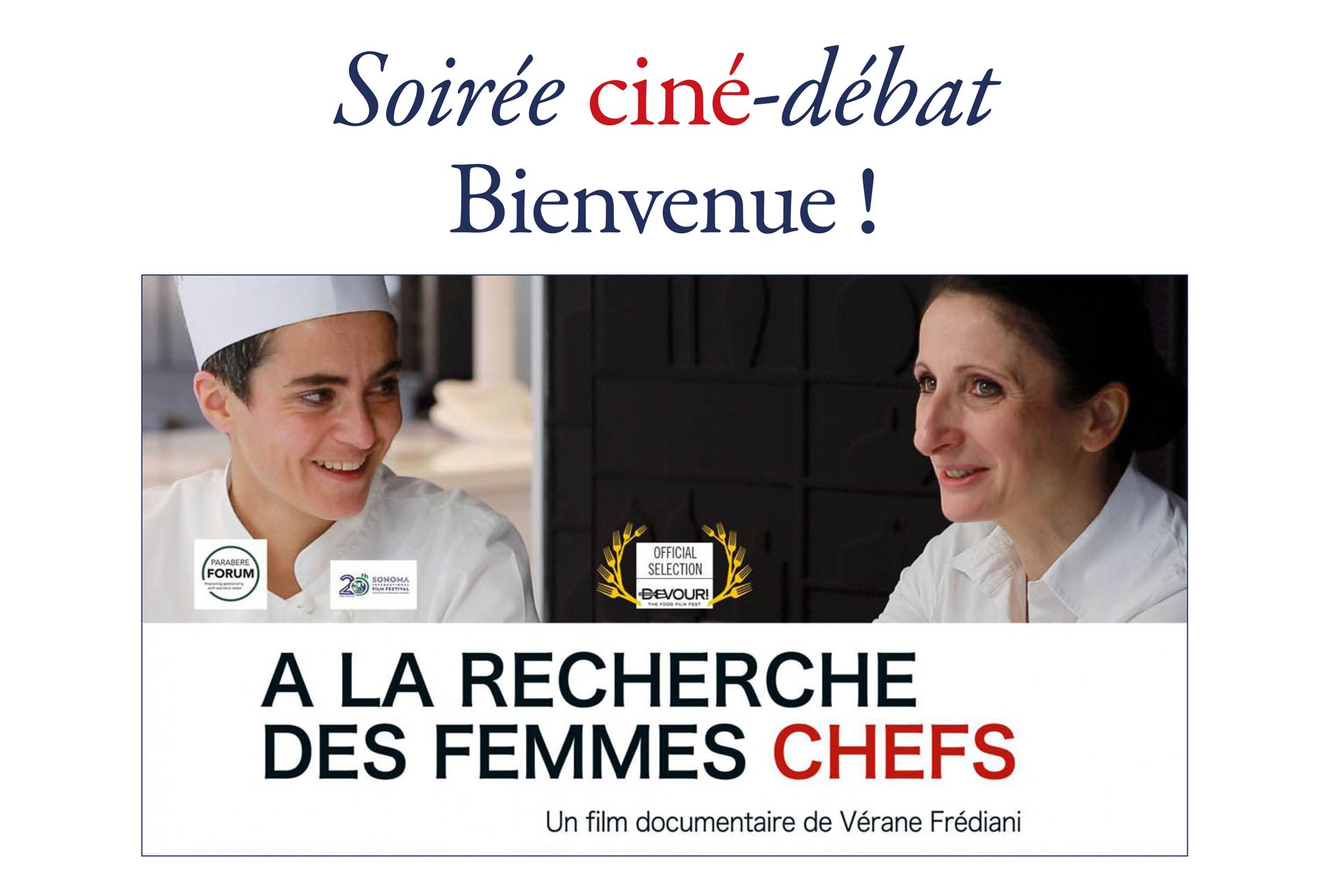 
After the film, the gastronomic critic and writer Estérelle Payany, institute’s Chefs Alexandra Didier and Soyoun Park, as well as Patricia Martins, chef at the Welwitsch restaurant, and alumna Le Cordon Bleu took part in a speech about the place of women in hospitality industry.

The women chefs are already there but safe from the spotlight. The change will come from the cuisine of women chefs, through their pedagogical and managerial approach to their teams. The modernization of the matters of management in cooking will come from training, concludes Esterelle Payani, food critic and writer.

On the occasion of this evening, Estérelle Payany unveiled a census of more than 370 chefs of restaurants throughout France developed with Verane Frediani, relying on their networks, the guides and the association Elles Sont Food. From now on, we will not be able to say that the women chefs are not numerous.