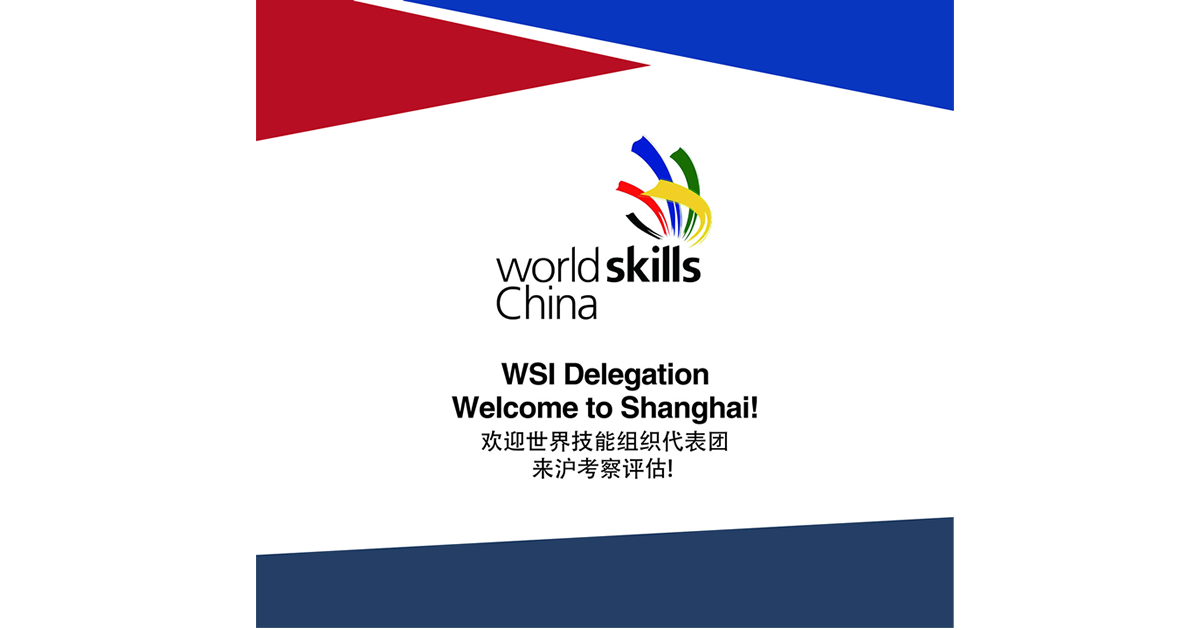 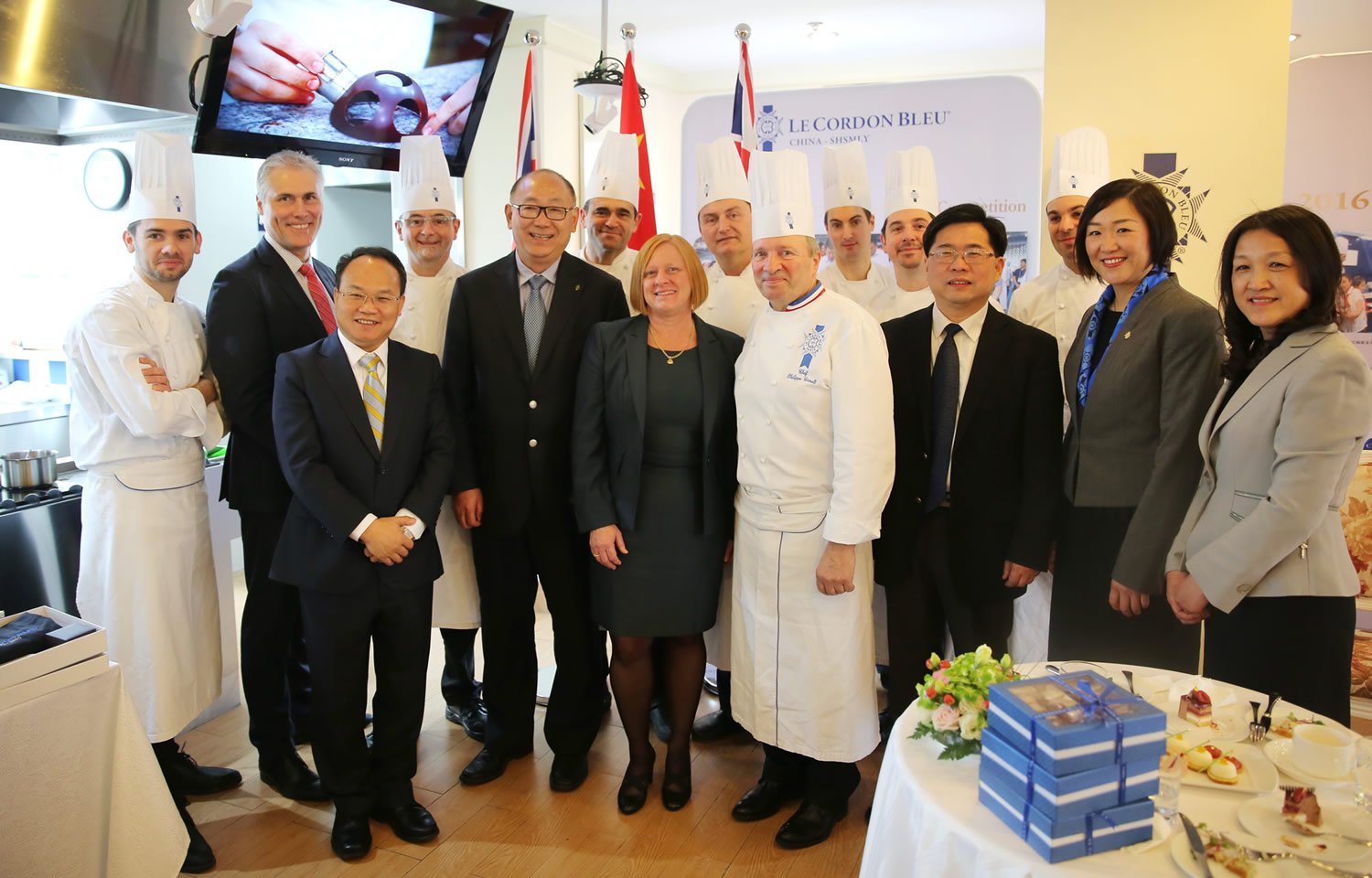 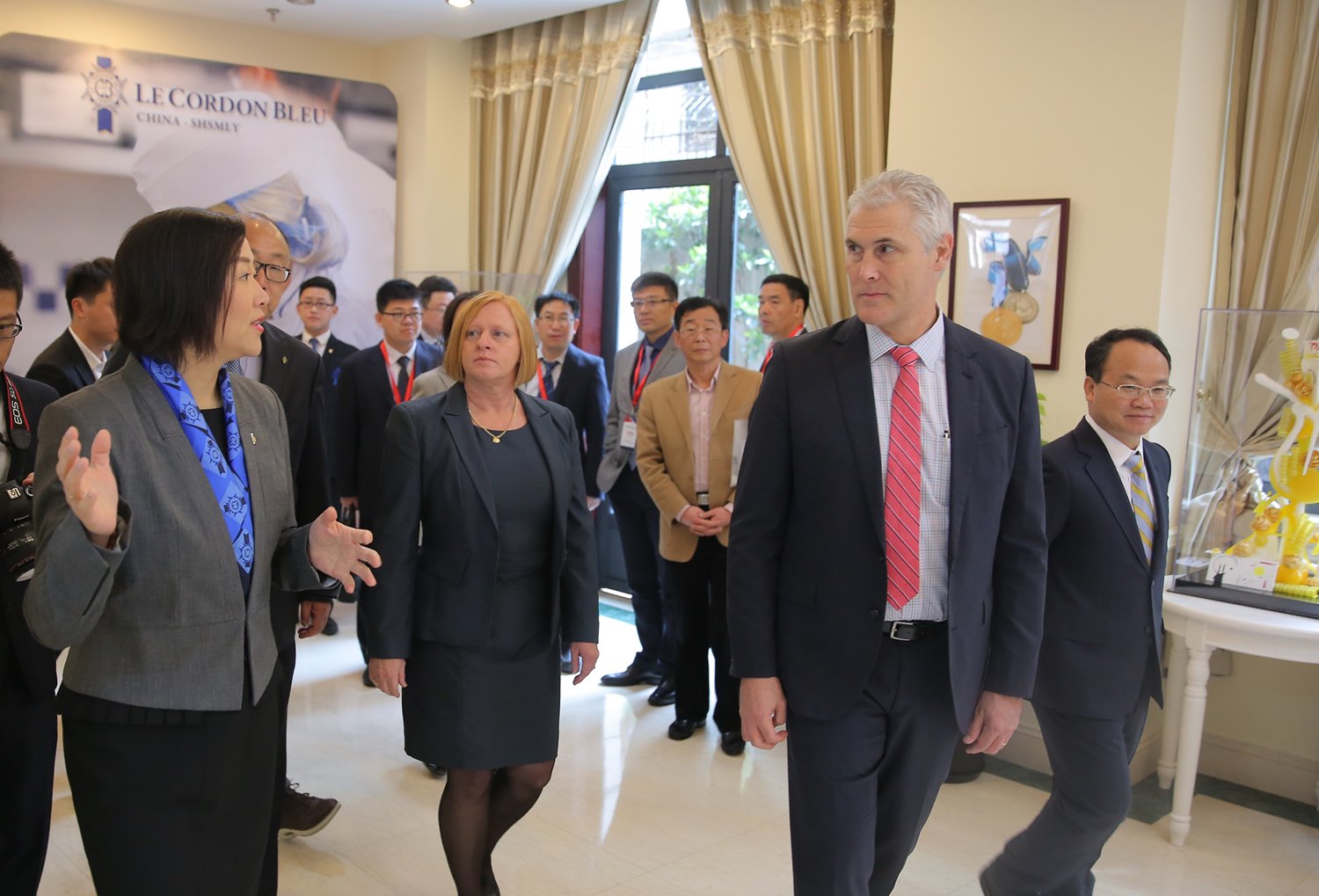 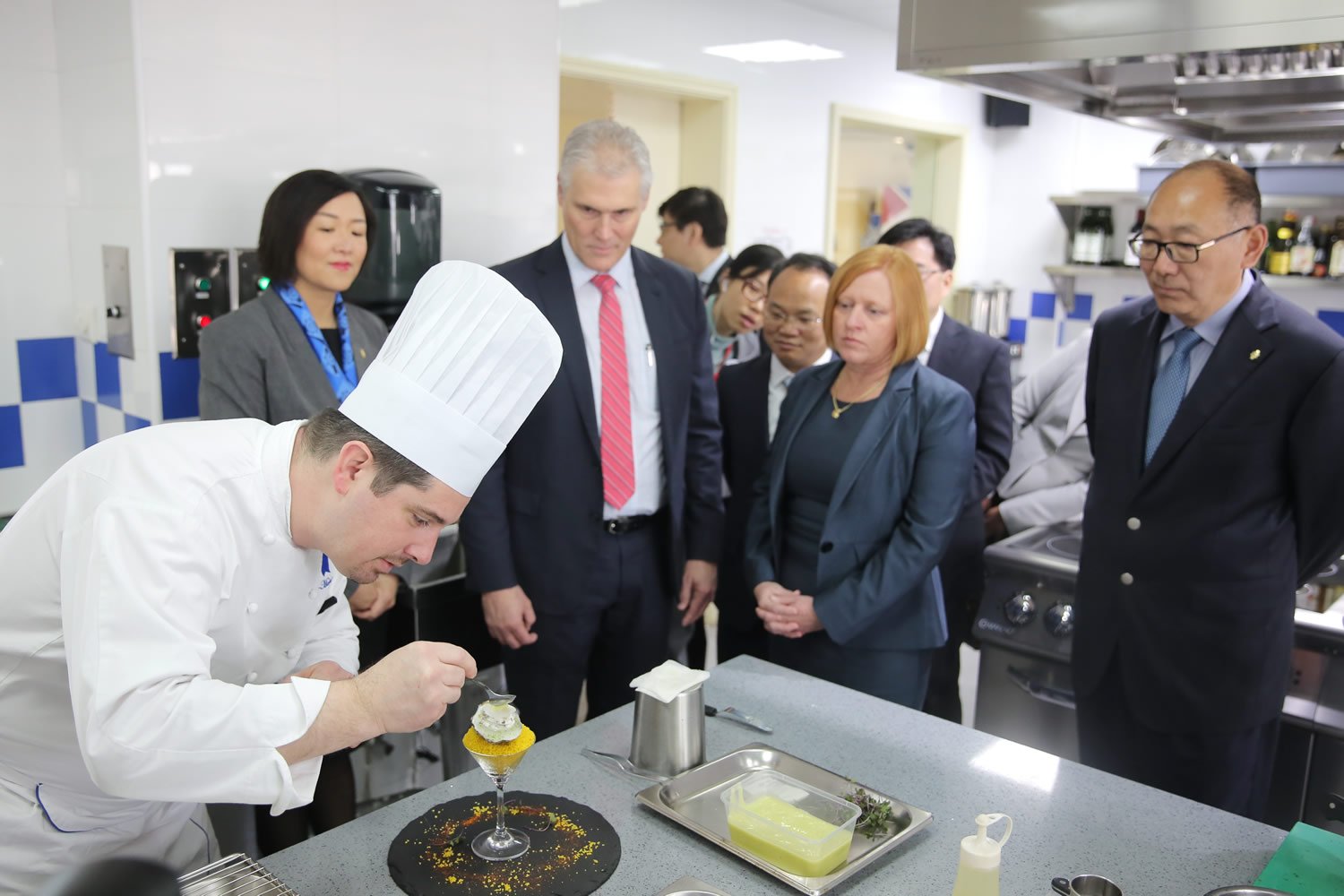 To extend a warm welcome to the guests, Chef Philippe Clergue and Chef Nicolas Serrano, Technical Directors of Le Cordon Bleu Shanghai demonstrated delightful dishes and desserts for tasting. Jane was also invited onstage to interact with the Chef to complete the finishing touch of a supreme pastry showpiece. 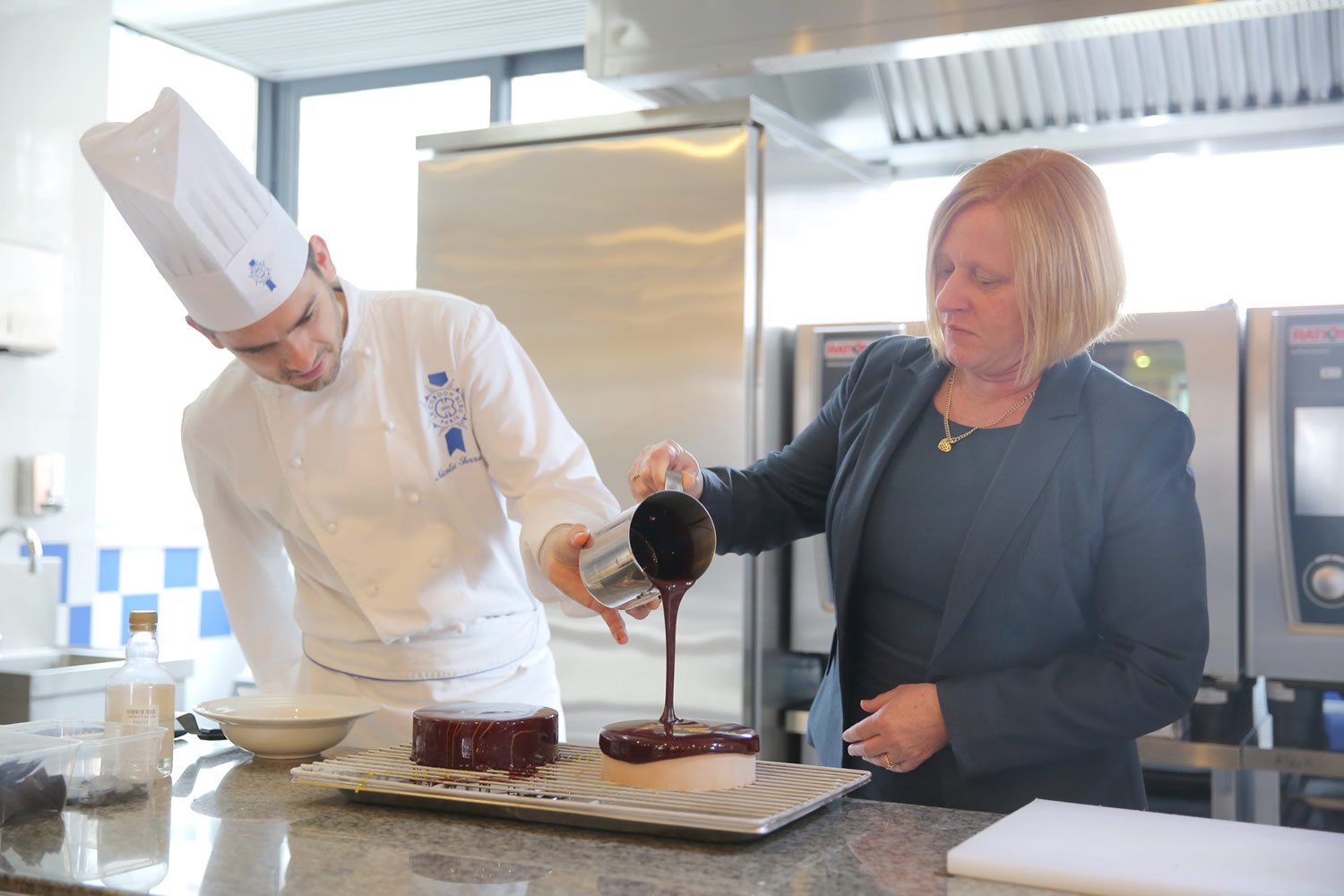 Le Cordon Bleu Shanghai left the guests with a very positive review of their visit and won accolades for its excellent vocational training and programs. Le Cordon Bleu Shanghai has also been chosen to welcome the National Professional Training base for cuisine and pastry contesters from all over China to prepare the next World Skills Competitions to be held in Abu Dhabi, in October 2017 and Russia in 2019. 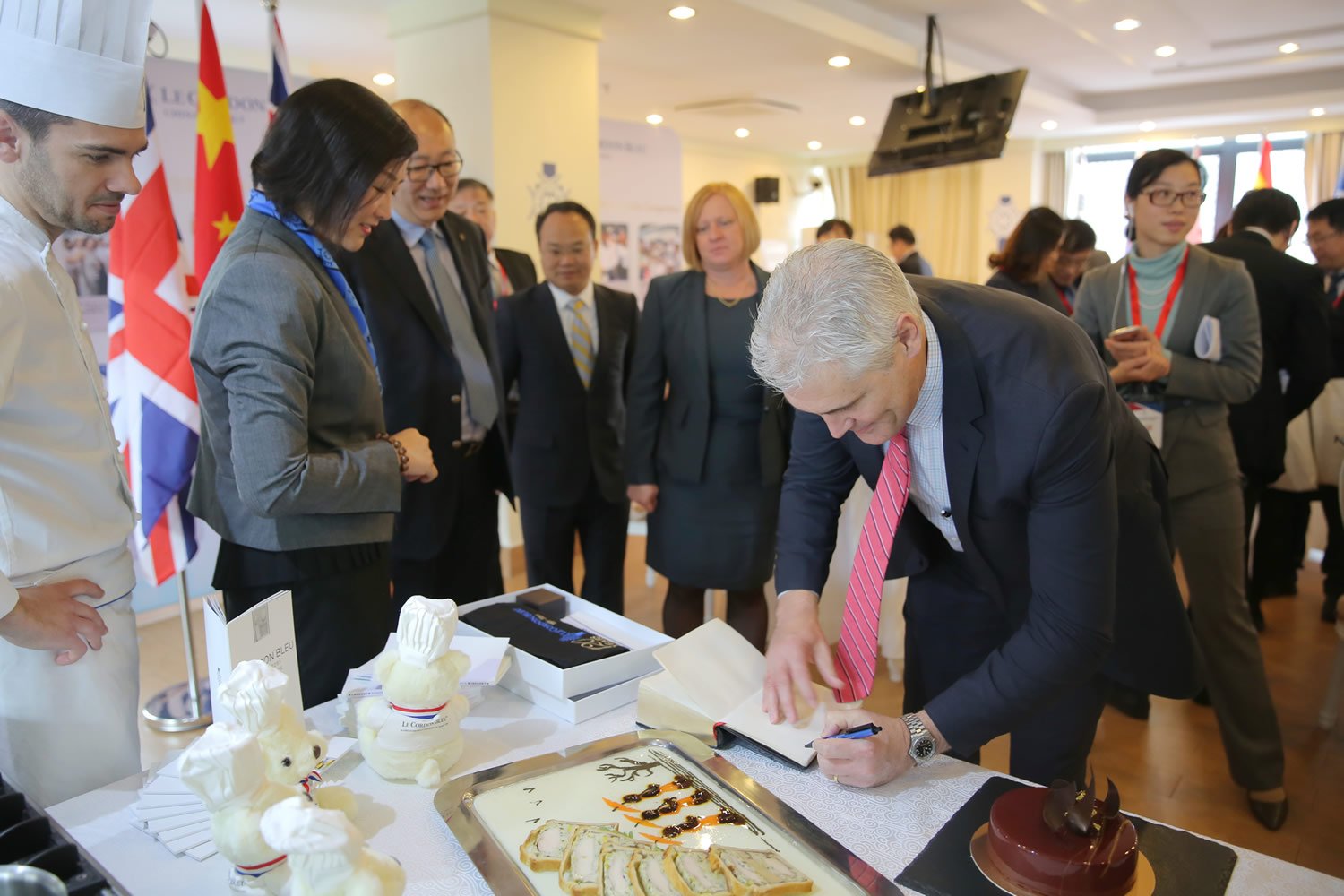