Maleerat Lertruedeeporn is an accidental pâtisserie chef. Growing up in Thailand she never learned to bake. “Baking in ovens is not part of Thai culture,” said Maleerat. “We only use pots and pans. There is no oven in my parent’s house.” 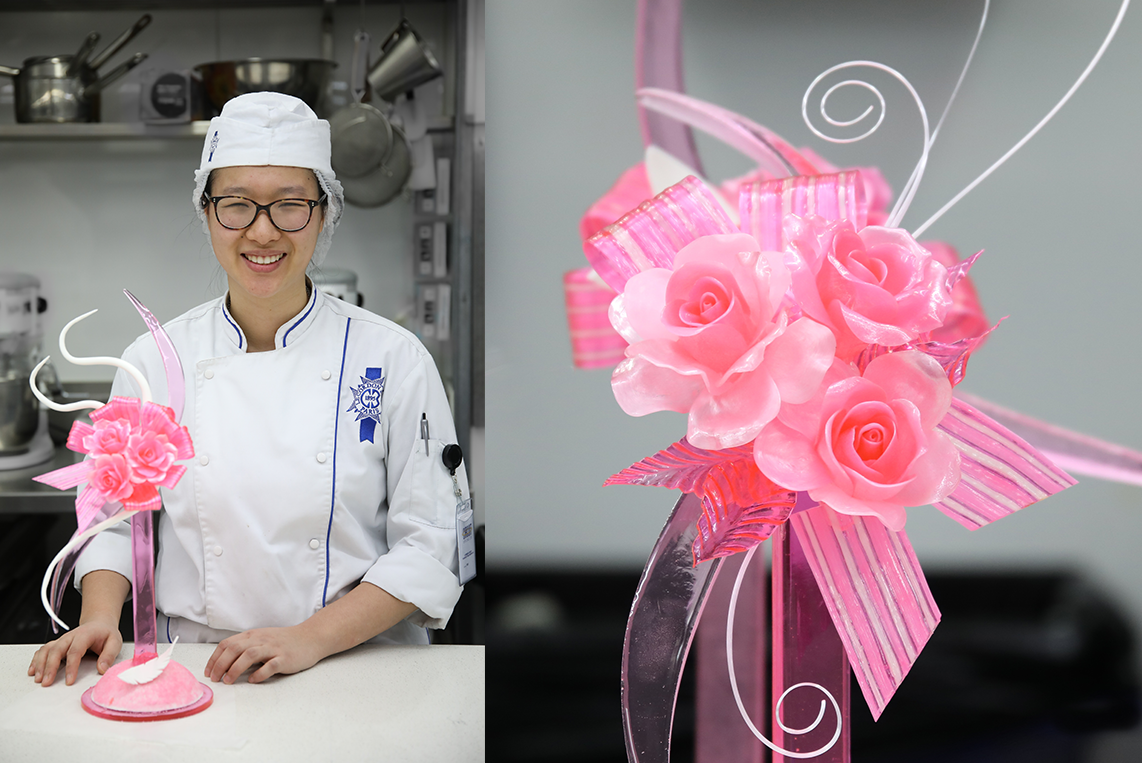 What a difference 9-months makes

The young woman who had never baked before has just become a qualified French Pâtisserie Chef.

Maleerat graduated from Le Cordon Bleu New Zealand with a Diplôme de Pâtisserie with distinction. “To achieve distinction students must receive 90% and above in all academic and practical criteria. Achieving this award highlights a student’s skill, commitment and dedication to their craft. We are very pleased to see Maleerat achieve this honourable award.” explained Sebastien Lambert, Head Chef Lecturer and Technical Director of Le Cordon Bleu New Zealand. 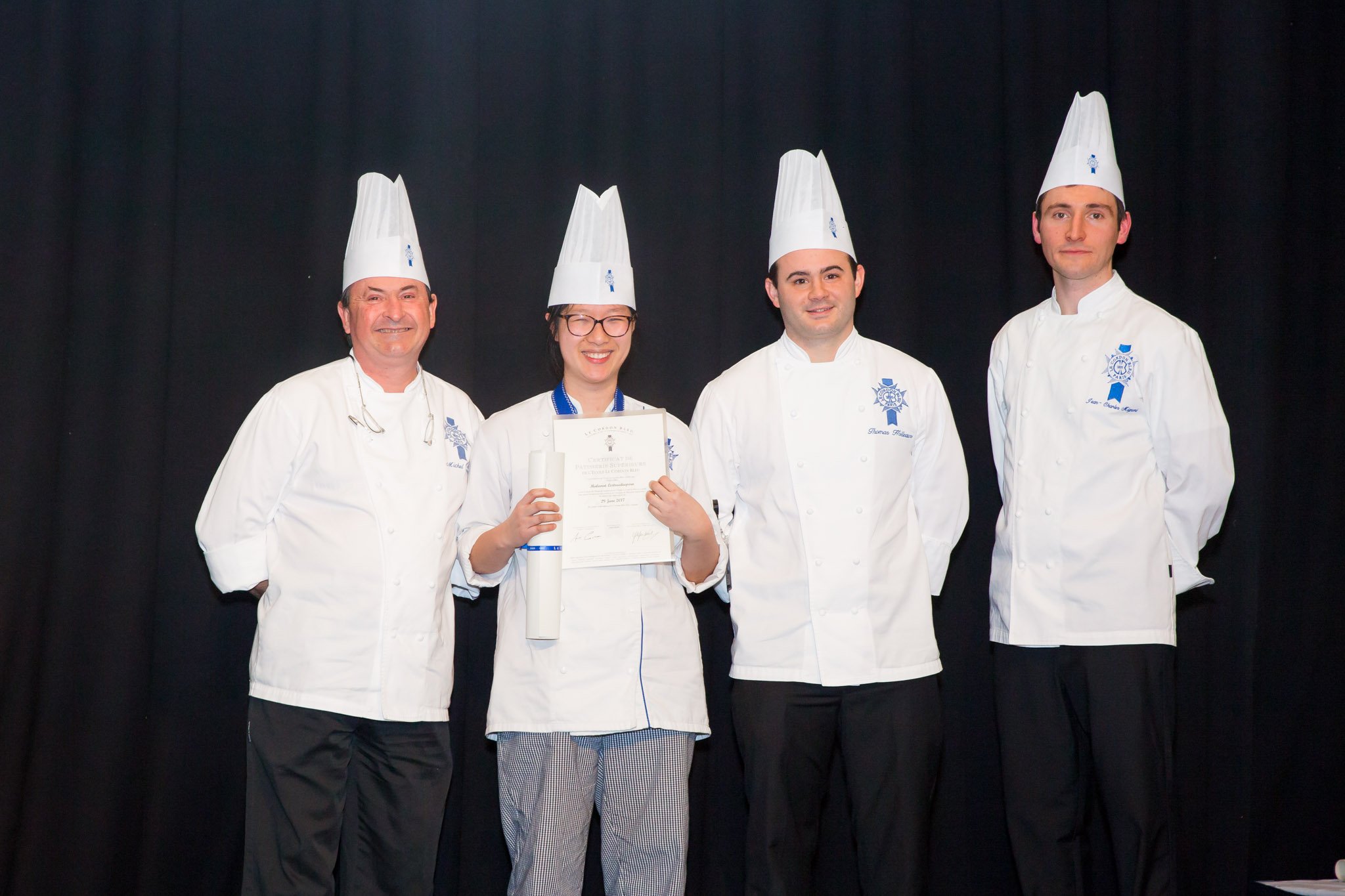 “I never, ever, thought that I would study pâtisserie but I am so happy that I have. It’s opened up a new world for me and given me a new direction for my life.”

Her new Le Cordon Bleu Diplôme de Pâtisserie is an internationally recognised qualification. In New Zealand it is the equivalent of the New Zealand Certificate in French Patisserie (NZQF level 4)

What sparked her passion for French pâtisserie?

Maleerat’s culinary career got off to a slow start. “In our first lesson we made scones. Although I had eaten one before I had never baked anything. The shape was ok but the top of the scones cracked.”

By lesson 8 she knew she was on the right track. “We learned how to make classic French éclairs and they tasted way better than any éclair I had ever bought.”

From this point on she was hooked on pâtisserie. Learning how to temper chocolate was a revelation. “I had seen chocolate tempered on Food TV programs. It looked really cool.”

“Now I was learning how to do it myself. At first it was messy. After I became more confident, I really enjoyed using my creativity to make chocolate decorations. There’s a lot of artistic freedom and it is a very flexible medium,” she said.

Maleerat’s chocolate work is the essence of elegance

“This is a classic French mousse gateau with two inserts, a biscuit base, chocolate mirror glaze and tempered chocolate decorations.” 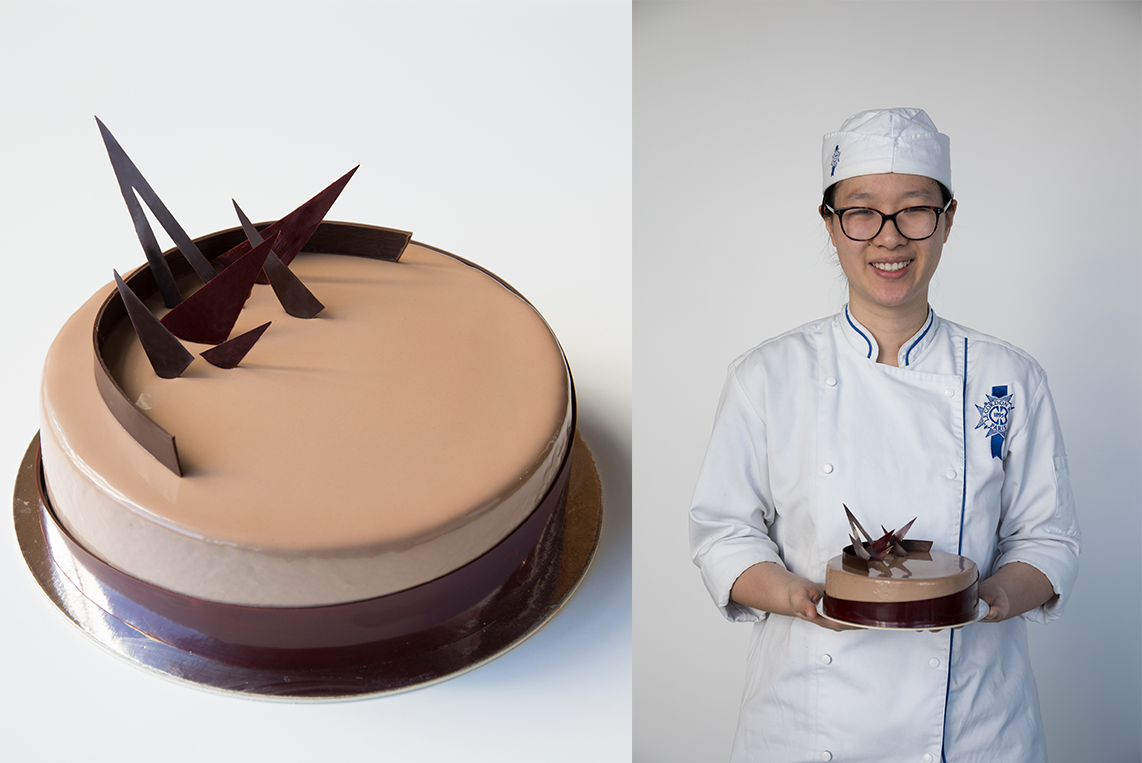 Not bad for a young woman who nine months ago had never used an oven!

Growing up in Bangkok, Maleerat spent her holidays sketching flowers and drawing still life. When it came to university she considered Interior Design. However, at her parents’ urging she opted to do a Bachelor’s Degree in The Art of Business from a University in Thailand.

“After graduating my parents wanted my brother and me to improve our English. My Aunt lives in Auckland. She really loves living in New Zealand. After considering a couple of English speaking countries, we decided that New Zealand was the right place for us to study.”

Wellington is a welcoming city 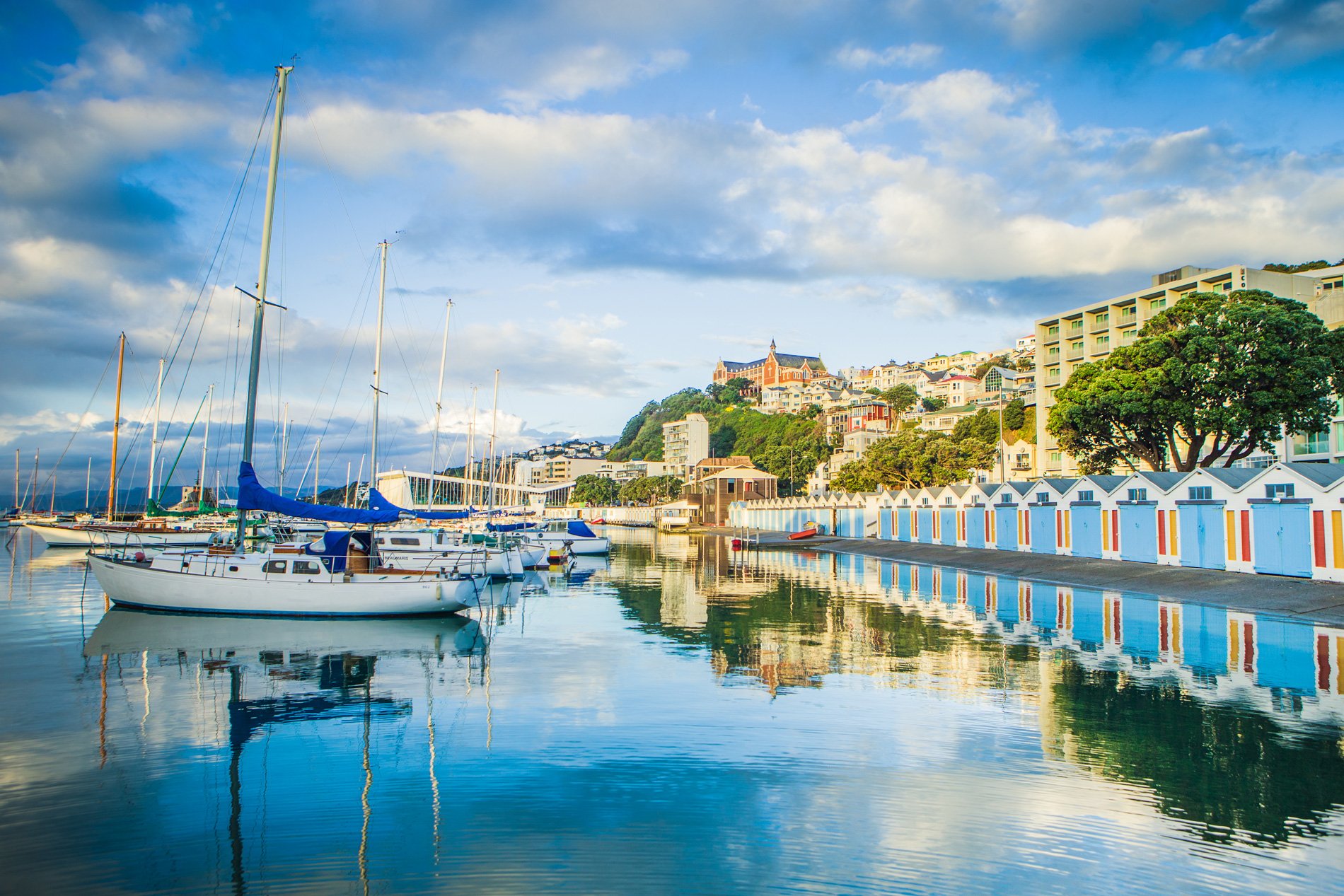 Maleerat and her brother moved to Wellington – New Zealand’s capital city. She enrolled in the Campbell Institute to study English. Her studies included an introduction to New Zealand culture.

“We both really like Wellington. The people are friendly and kind. It’s not crowded, you can walk everywhere and if you need a ride, public transportation is good.”

After finishing her English course, Maleerat followed her brother to Le Cordon Bleu. “He was studying Cuisine so I decided to try Pâtisserie. Even though, I had never baked before.” Le Cordon Bleu helped Maleerat to apply for a student visa.

“School is very friendly, The Chefs are very helpful and I really like my classmates. I feel that I am so lucky. I will never forget my time at Le Cordon Bleu New Zealand.”