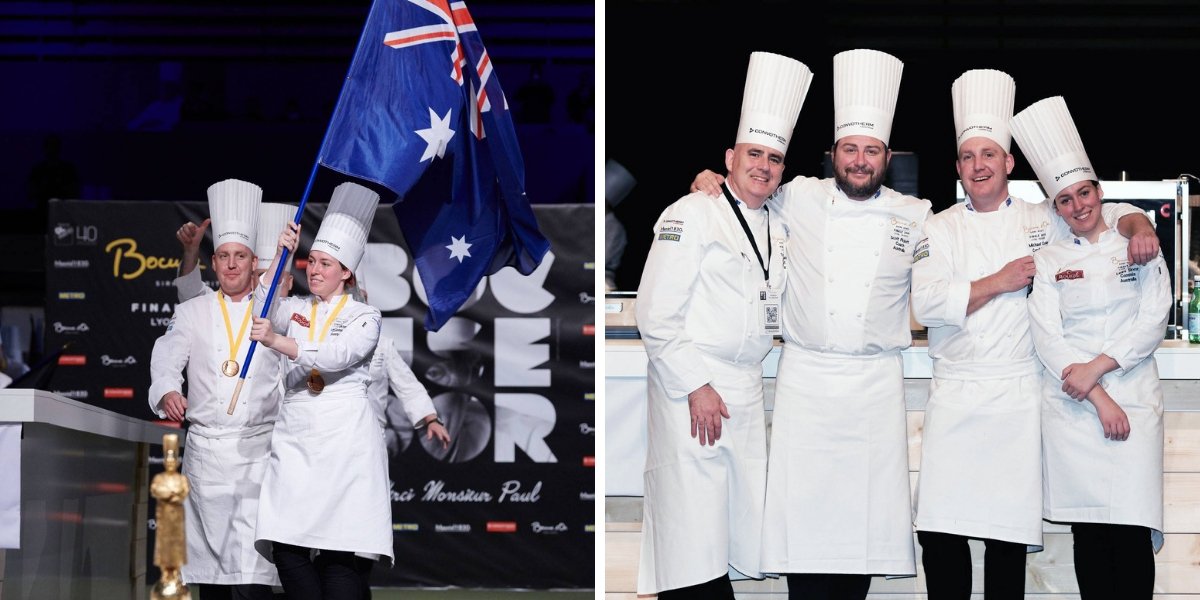 Michael Cole and Laura Skvor worked tirelessly over five and half hours to produce two incredible dishes to meet the contest requirements: a plated chartreuse of shellfish and vegetables, and a roasted rack of veal served on a platter with five accompaniments. Tom Milligan congratulated the Australian team saying: “Michael and Laura really stepped up to the challenge and are a true credit to their country and the hospitality industry.” 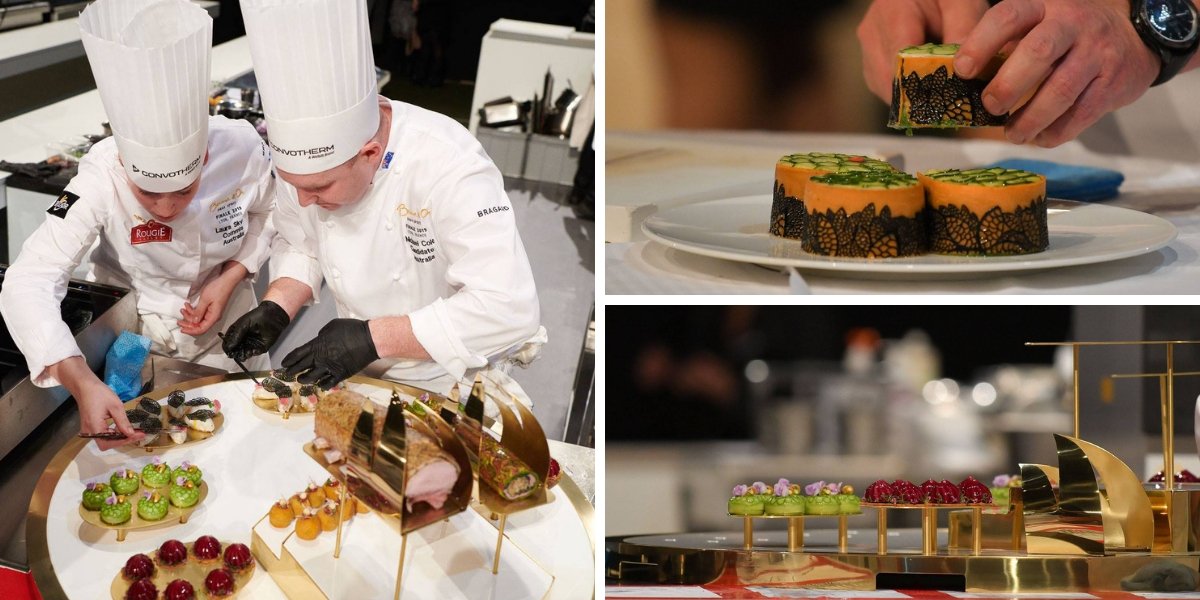 The Australia team led by Yves Scherrer (Pastry Lecturer Le Cordon Bleu Sydney) impressed the judges in Coupe du Monde de la Pâtisserie placing 6th out of 21 teams in the finals in France, Lyon. The 2019 theme for the competition was nature, flora and fauna.

The scale of the competition makes Australia’s achievement even more impressive and in addition to placing 6th in the world, Australia was honoured to receive three special prizes: