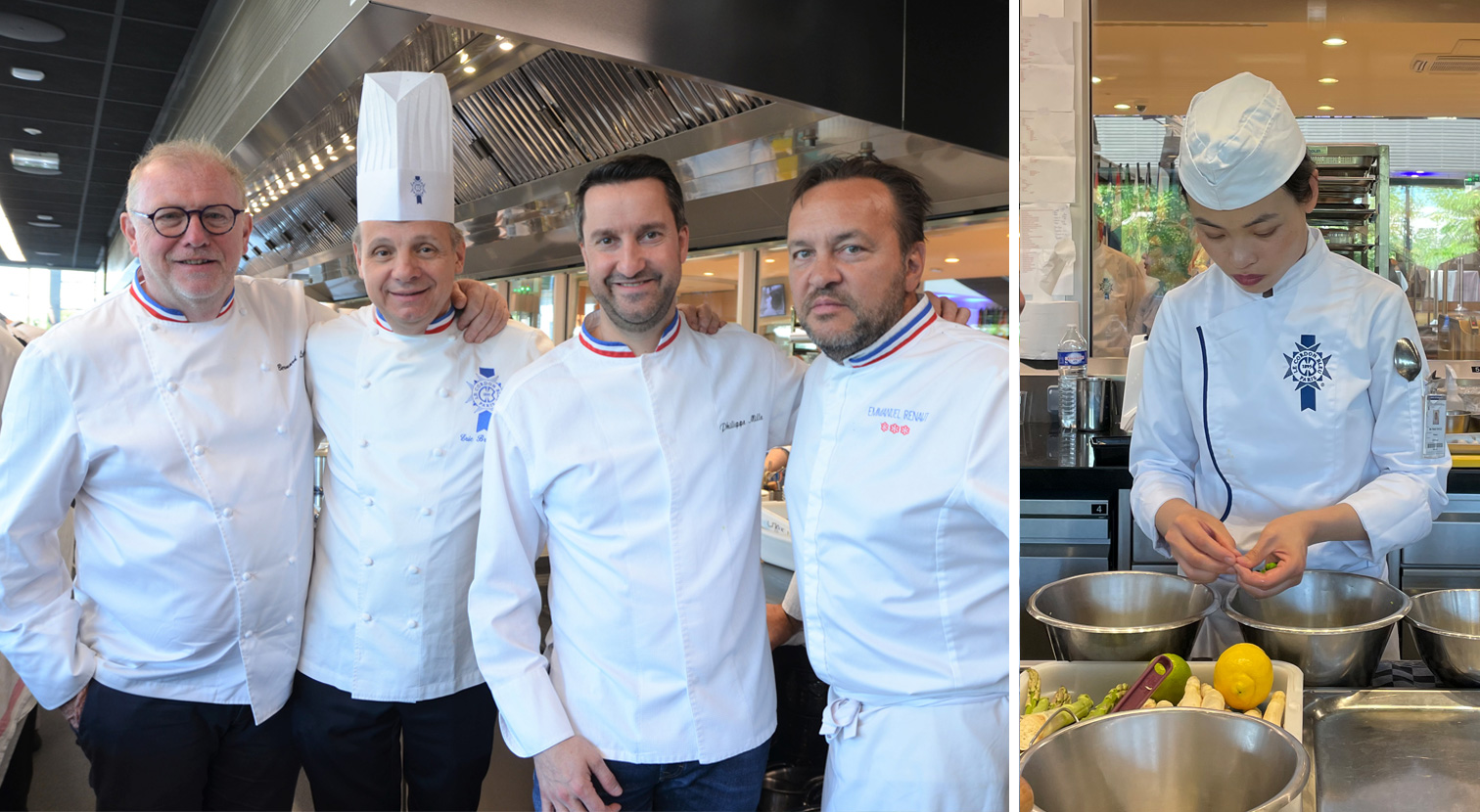 The final of the 54th 'Taittinger' Culinary Prize took place at Le Cordon Bleu Paris institute on 31 May. The jury, presided over by three Michelin-starred chef Emmanuel Renaut, consisted of 14 chefs including Kei Kobayashi, Eric Frechon, and Philippe Mille - a speaker on the HEG programme.


Ever since its creation, in 1967, the aim of “Le Taittinger” Culinary Prize has been to safeguard French gastronomic heritage by ensuring that expertise is passed on to the next generation of Chefs. Pierre Taittinger, founder of the Champagne brand to which he gave his name, launched the international gastronomy competition, which is judged by professionals, in order to perpetuate his vision of great French cuisine – one which is very much in line with the values of Le Cordon Bleu Paris institute.

This year, the eight international contestants, who reached the final, were tasked with creating a starter and a main course based on beef. 8 Internship Pathway students assisted them in making their main course. Other students helped the president of the jury during his demonstration, where he showcased his culinary talent.
To round off the day, student volunteers carried out service at the gala dinner held at the Palais Garnier Opera House in Paris. Students had the opportunity to gain kitchen and front of house experience and be fully involved in a key gastronomic event.


Taking part in the gala dinner at the Garnier Opera House in Paris was an honour and one of my best experiences. With over 200 guests, we had to work as a team in a very short amount of time and with limited space. Even if it only lasted a day, we all learnt a great deal from the chefs and got an idea of what it is like to work in a professional kitchen.
Joanne Yi, Internship Pathway student

Le Cordon Bleu Paris institute would like to thank all those who played a role in the success of this event and our partners and suppliers Wesh Grow, Pommes de Terre de Noirmoutier, Sylvain Erhardt, and Charles Verriest from the Ferme de Challouet.