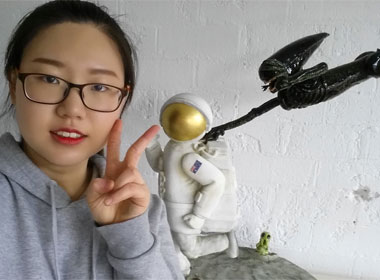 Congratulations to Le Cordon Bleu Sydney Advanced Diploma of Hospitality alumna Jinhee Park for winning first prize in the recent 2015 Australian Cake Decorating Championships by Loyal. Held at the Cake, Bake and Sweets Show in Sydney on Thursday June 11 the competition was hotly contested with some of Australia’s most professional and passionate bakers and pâtissiers competing for several awards including Wedding Cakes, Novelty Cakes and Sugar Craft. 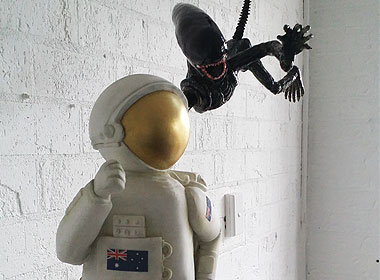 Jinhee won first prize in the Novelty Cakedivision and was overall runner up, a great achievement since she has been only working in the industry for 18months and this is the first time she has entered the competition. Her Astronaut and Alien cake cheekily named "Run! Run!" garnered much attention with the theme of the novelty cakes being "Defying Gravity" perfectly illustrating the brief. Her cake made of vanilla butter cake and chocolate Grenache was air brushed to complete the overall vision. Jinhee currently works at Sweet Bloom Cakes in Sydney and is a Patissier to watch in future.

Le Cordon Bleu Adelaide Alumna Belinda Moore has shared her inspiring journey from working in the police force, to achieving her lifelong dream of becoming a ...

Gēn 根 was placed in the Top 100 of Asia’s Best Restaurants 2021 and is owned by Le Cordon Bleu Sydney Alumni, Johnson Wong. Discover how Chef Johnson has ...

Learn more
Alumni, News
Cancer Survivor Finds Calling as a Personal Chef for Those in Need

Le Cordon Bleu Adelaide Alumna Patricia d’Avila is a personal chef for Ipanema Kitchen and a Branch Coordinator for Meals on Wheels. Learn about Patricia’s ...