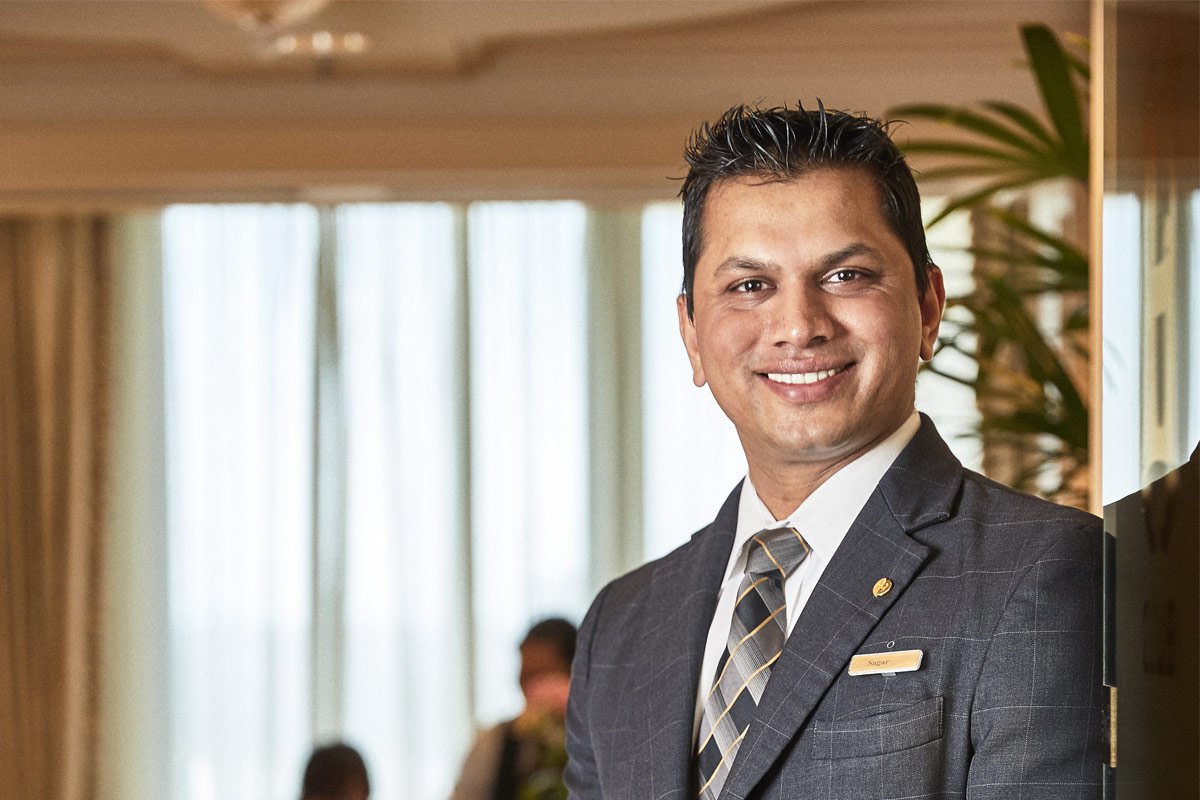 In 2008, Le Cordon Bleu alumnus Sagar Pore gained a full time role at the Langham Hotel in Melbourne after completing his Le Cordon Bleu work placement there. “The Work Integrated Learning placements supported by Le Cordon Bleu, such as working in 5-star hotels, really do add to your market value.” Sagar is now Assistant Food and Beverage Manager at the luxury five-star hotel.

A passion for home cooking as a child drew Le Cordon Bleu alumnus Sagar Pore to the hospitality industry. In Mumbai, he studied a Bachelor of Tourism. After a work placement at the Hyatt (India) gave him a broader perspective, his growing interest in wine and beverages led him to the service industry. Searching for his next career move, an industry colleague suggested studying at Le Cordon Bleu, saying “Le Cordon Bleu offers a wide range of courses apart from culinary, such as undergraduate and postgraduate hospitality degrees.”

In 2007 he arrived in Australia to study a Bachelor of Restaurant and Catering Management at Le Cordon Bleu. “When I looked into the course I found that their lecturers had held great positions in hospitality. I could not pass up the chance of learning from these lecturers, one of which is one of the best sommeliers in South Australia.”

Sagar is grateful he listened to the advice of industry colleagues who’d suggested Le Cordon Bleu would open doors to career opportunities. In 2008, he was offered a full time role at The Langham, Melbourne in Banquets after completing his Le Cordon Bleu work placement (Work Integrated Learning). “The industry placements facilitated by Le Cordon Bleu, such as working in 5-star hotels, really do add to your market value.”

In nine years, Sagar been promoted six times, and his current management role gives him the opportunity to cross-skill at a higher level. He has gained experience in varied roles at The Langham - Banquet Attendant, Room Service, and Team Leader (Banquets). He believes that being able to work in every aspect of food and beverage allows for a more holistic understanding of the management role. Six months ago, he was promoted to Assistant Food and Beverage Manager at the luxury five-star Langham Hotel in Melbourne.

Outside of work or study, cooking and wine are his passions. Above all, Sagar loves to learn. “I am the sort of person that wants to learn something new every day”. He says that lifelong learning is vital for all hospitality employees. “Further study offers you a rounded knowledge of all aspects of the industry such as HR and culinary, which makes you more employable.”

True to his words, his bachelor’s degree at Le Cordon Bleu led to a scholarship at Wine & Spirit Education Trust, where he trained as a Sommelier. In two years, Sagar plans to undertake a Master of International Hospitality at Le Cordon Bleu to further increase his knowledge, skill-set and career opportunities.

Sagar admires senior management in his workplace for their industry knowledge and their ability to handle challenging situations. He is also inspired by the Head Sommelier for Rockpool Group who he says “has one of the best wine lists in Australia.”

In the long-term he aspires to be the Managing Director of a 5-star Hotel, or Food and Beverage Operations for an Asia Pacific hotel chain. Following the tradition of excellence upheld by Le Cordon Bleu alumni, Sagar is sure to succeed.