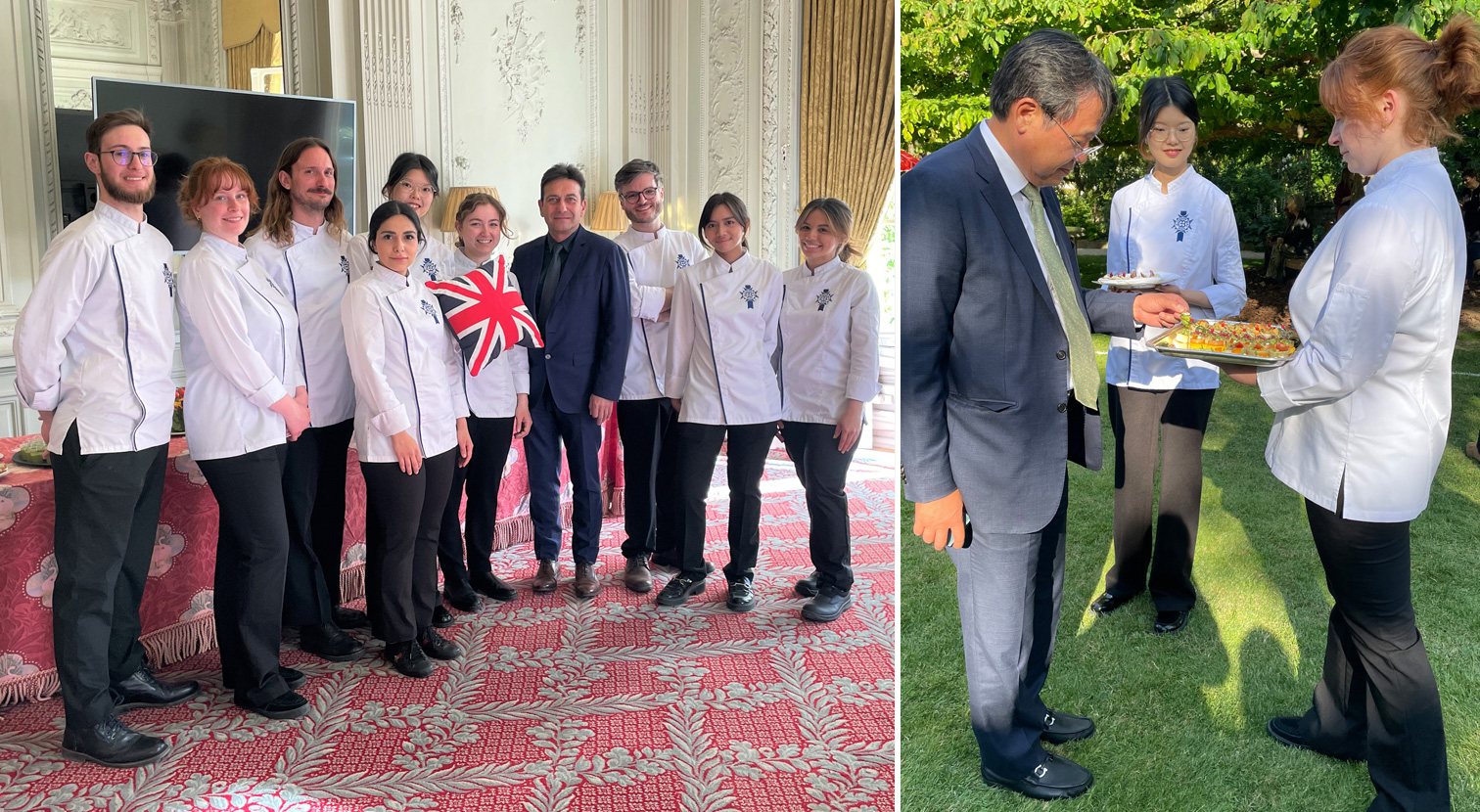 Le Cordon Bleu Paris students took part in an historic event to mark the Queen of England’s 70-year reign. On the evening of 1 June 2022, they provided support to the kitchen and service teams during the celebration organised at the British Embassy.

The programme of festivities included a gastronomic and cultural discovery of the United Kingdom. From Scotland through to Wales, Northern Ireland, and England, guests were whisked away on a culinary journey with dishes such as salmon gravlax with Isle of Harris gin, Welsh lamb, English cheeses, and oysters from Northern Ireland.

Supervised by Chef Nuno Vieira de Matos, around twenty cuisine and pâtisserie students helped staff with presentation and service throughout the evening.

Both the venue and those who attended, such as television presenter Stéphane Bern and former transport secretary Mr Djebbari, were extremely impressive. In terms of what was expected of us, it was sometimes difficult to approach guests as you didn’t want to disturb them. However, with time, a few smiles and a little conversation, everything turned out fine. The atmosphere with the other students was brilliant! It brought us closer together, something you really appreciate in situations such as this, and it was also the case with the Chefs, so I can only describe the whole experience as positive
Aline Maillot, Diplôme de Pâtisserie with Internship Pathway

This experience enabled students to put their knowledge into practice and to take part in an event which will go down in history. Le Cordon Bleu Paris would like to thank the students, and the Chefs who supervised them, for their commitment, availability, and exemplary behaviour.