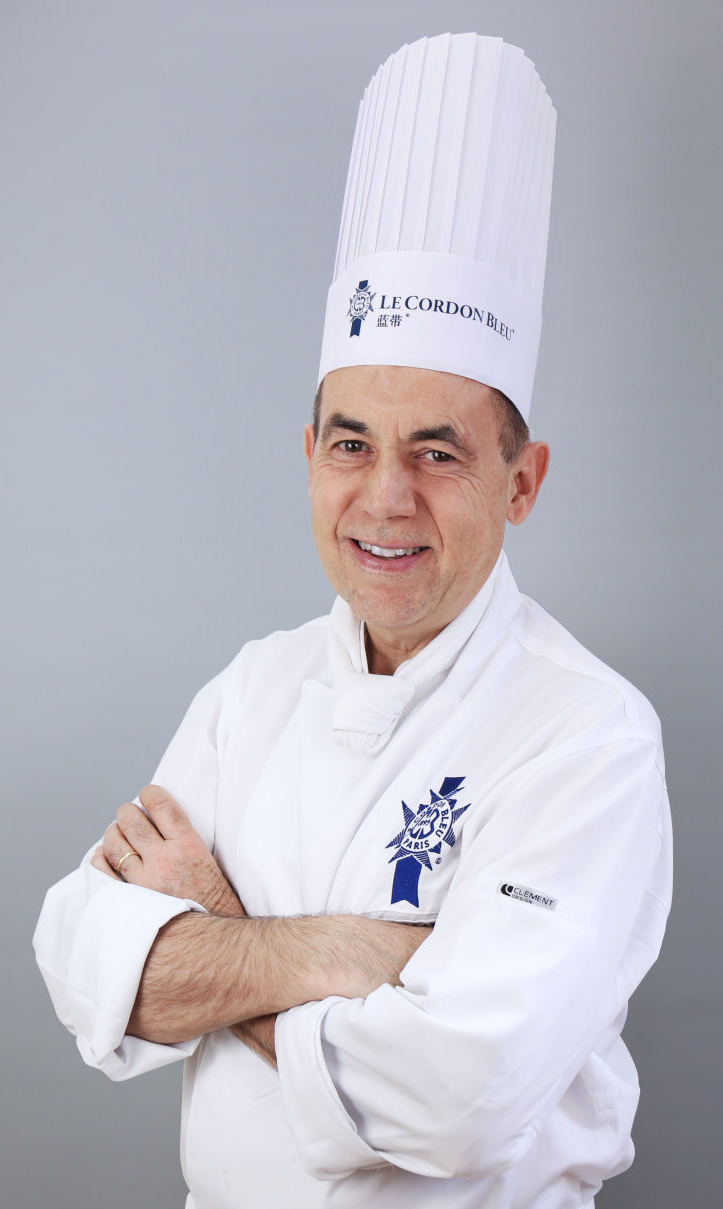 December 2021 – Le Cordon Bleu, The Leading Global Network of Culinary Arts and Hospitality Management Institutes, is proud to welcome Chef Philippe Labbé at its institute in Shanghai as Executive Chef. He is joining the cohort of chefs already present such as MOF Chef Philippe Groult, Culinary Arts Director of the institute, also a recipient of multiple Michelin Stars during his career.

Chef Philippe Labbé is one of the most respected chefs of his generation, working in some of France’s most renowned establishments, from the Plaza Athénée to the Shangri-La as well as one of its most iconic and historic restaurants, La Tour d’Argent in Paris.
During his remarkable career, Chef Labbé has developed a talent to honor tradition and authenticity in his craft, also assimilating the discipline and elegance characteristic of Parisian Palaces.
He has studied and worked alongside other distinguished Chefs throughout his career, from Bernard Loiseau Jean-Michel Lorain, Gérard Boyer, Roger Vergé to Francis Chauveau.

In 2013, Philippe Labbé was nominated “Cuisinier de l’Année” (Chef of the Year) by Gault et Millau.

Philippe Labbé and Le Cordon Bleu have a long-standing relationship, collaborating numerous times as a guest chef at the Parisian campus, teaching the students his exceptional technique and culinary know-how. During these culinary demonstrations, he has been known for transmitting his love of French gastronomy with sensitivity and passion, enchanting our students with his generous and elegant cuisine.

By joining Le Cordon Bleu Shanghai Culinary Academy, Chef Labbé brings a wealth of experience which will further delight students and help further grow the reputation of Le Cordon Bleu in China in its ongoing developments.

About Le Cordon Bleu
With a network of more than 35 schools in 20 countries, Le Cordon Bleu is the world’s leading network of Culinary Arts and Hotel Management institutes. Founded in 1895, Le Cordon Bleu trains annually more than 20 000 students of 130 nationalities through its range of vocational and university training programmes for careers in the restaurant, hotel, and tourism industry.