Final of the national Maîtres Restaurateurs competition at the Paris Institute 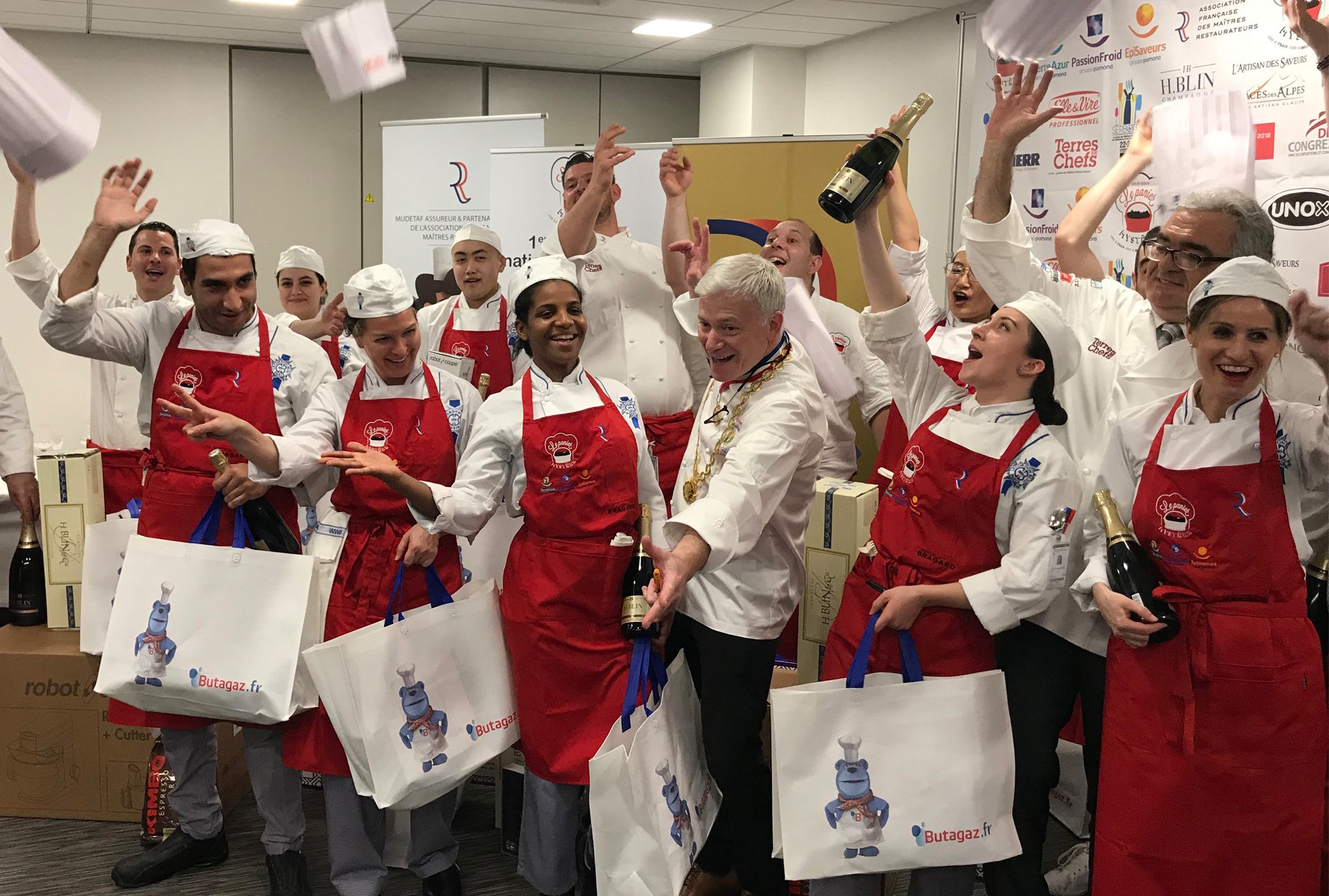 The national Maîtres Restaurateurs association launched The Mystery Box competition three years ago. In the run up to the national final, five inter-regional competitions enabled the ten finalists, who competed against one another on 9 April 2018, to be selected. The competition patron is Christian Têtedoie, a Michelin-starred chef from Lyon. He follows in the footsteps of restaurant owner Dominique Loiseau and Michelin-starred chef Georges Blanc

Each chef, assisted by a Le Cordon Bleu student, had 3 hours to make: five servings of a savoury dish, based on the ingredients in a "mystery" box, including seasonal fruit and vegetables, meat or poultry and/or a compulsory fish or shellfish.

The finalists were evaluated and graded on criteria including aestheticism of the dish, tasting, technical prowess, and organisation and planning.

This year, the winner of this national competition is Arnaud Bloquel from the restaurant Orchidéa in Saint-François in Guadeloupe.