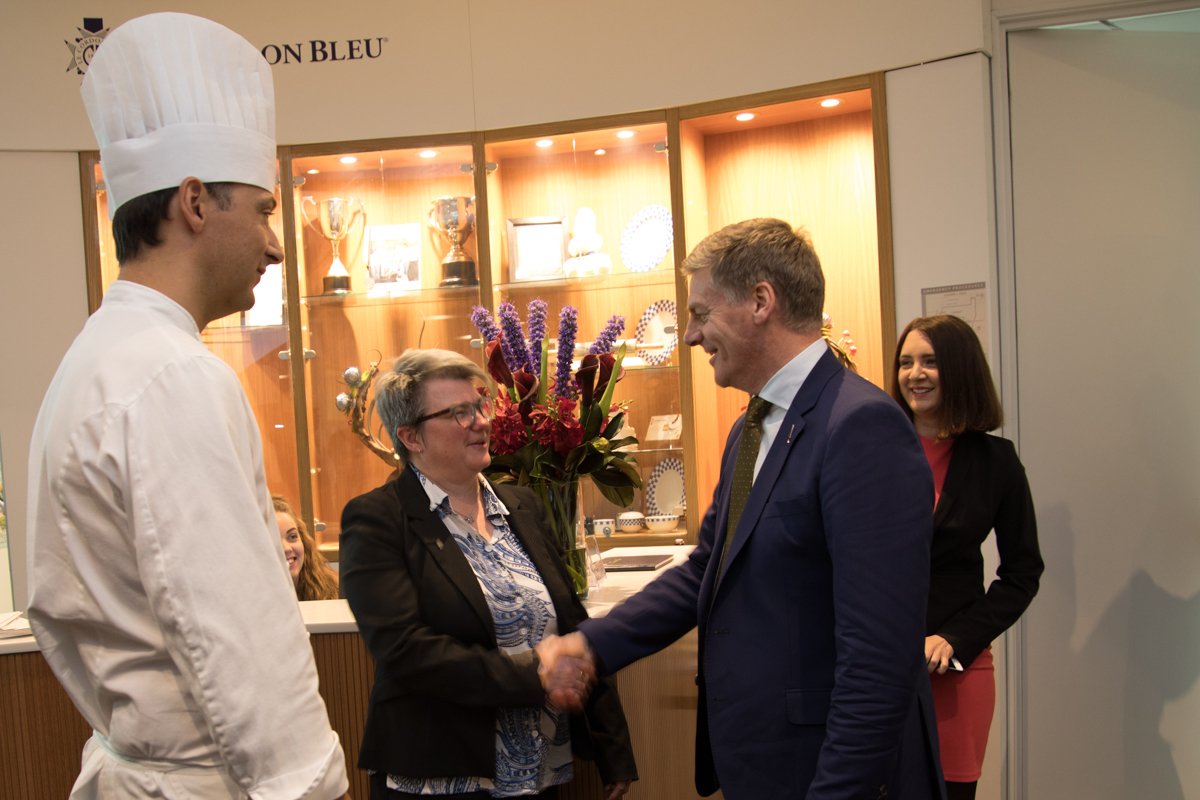 Soon after, the PM joined our Basic Pâtisserie students in the pastry demonstration kitchen where he was instantly impressed by the student’s technical ability. While the students explained the skills required to make an absolutely stunning pear tart, Bill English was more interested in hearing about their passion for the Culinary Arts. The Prime Minister especially enjoyed learning more about our international students, and why they chose to move to New Zealand. During his conversation with Ming-Shan Yeung from China, the PM was elated to hear how highly regarded the New Zealand education system is. 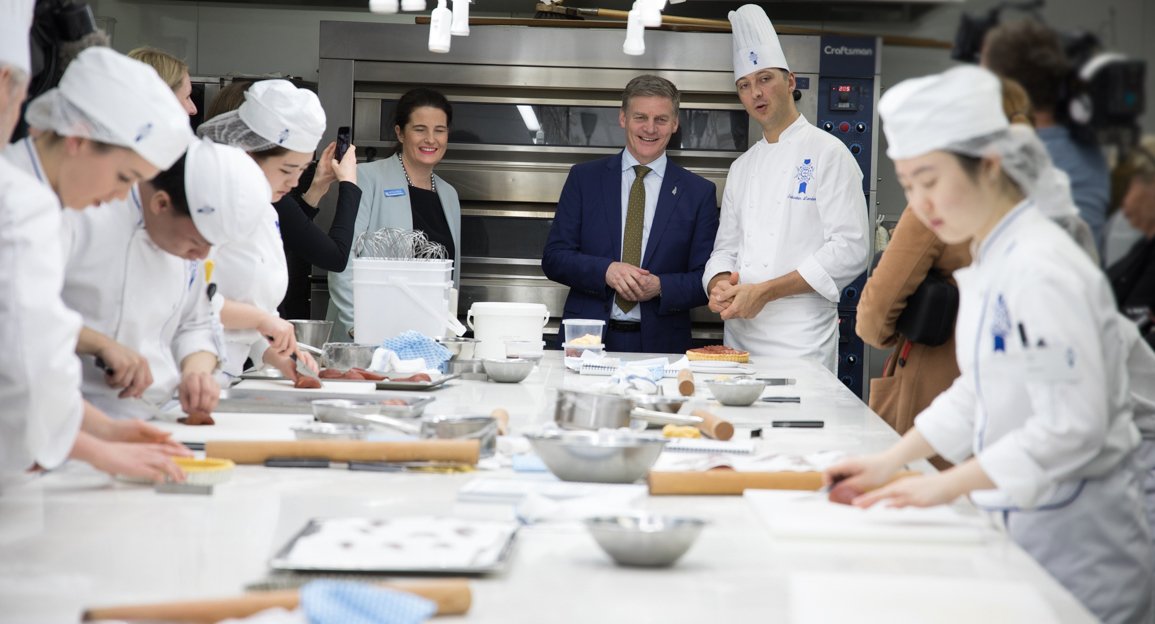 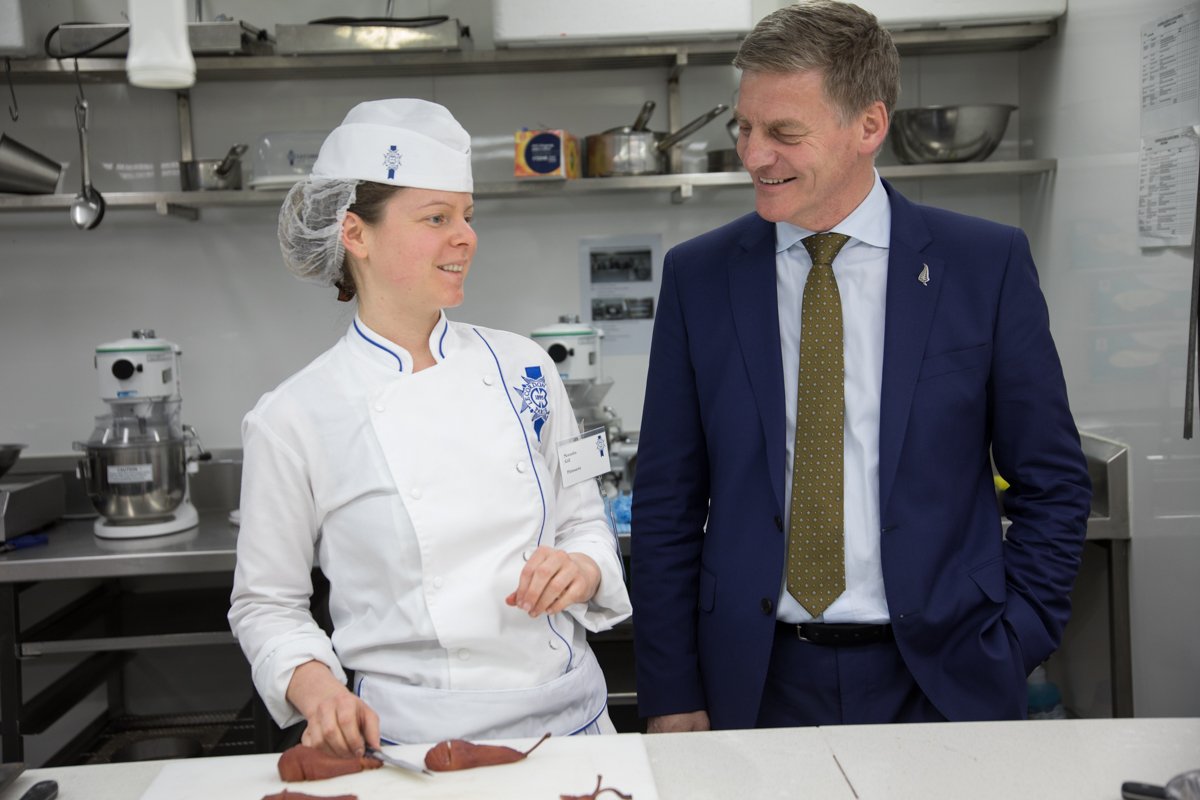 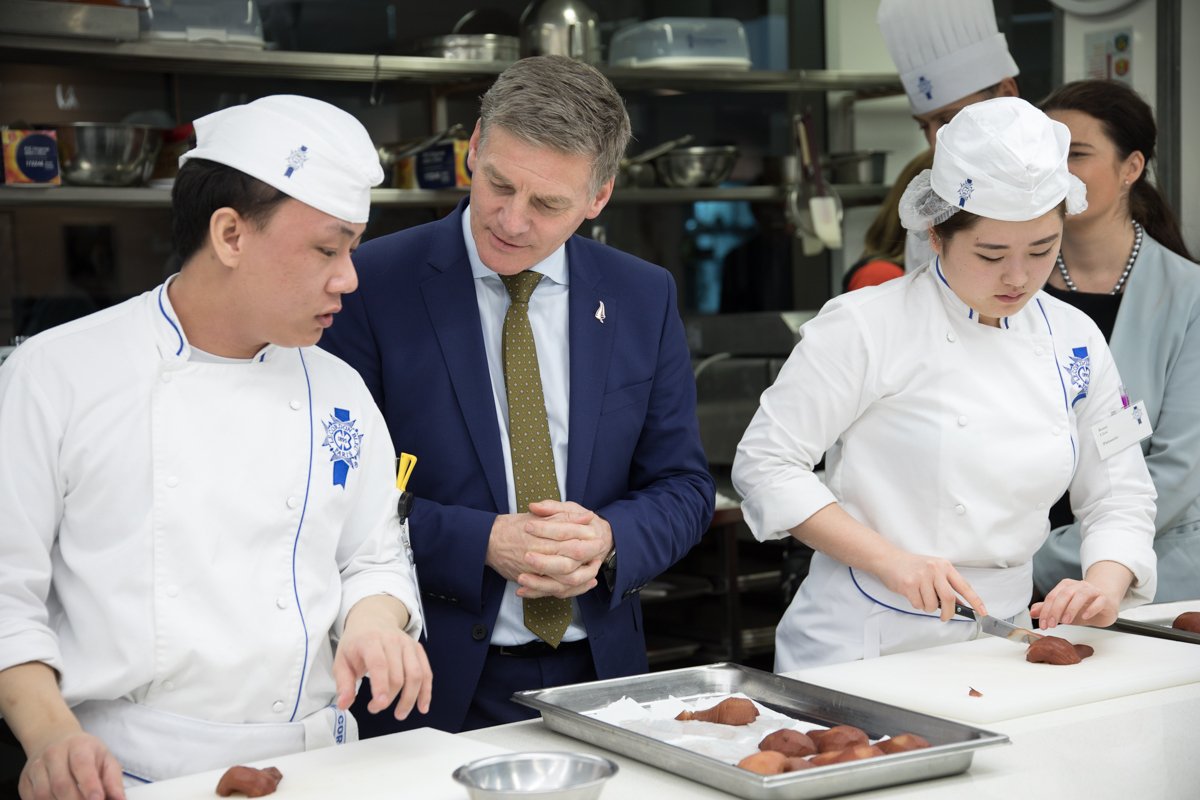 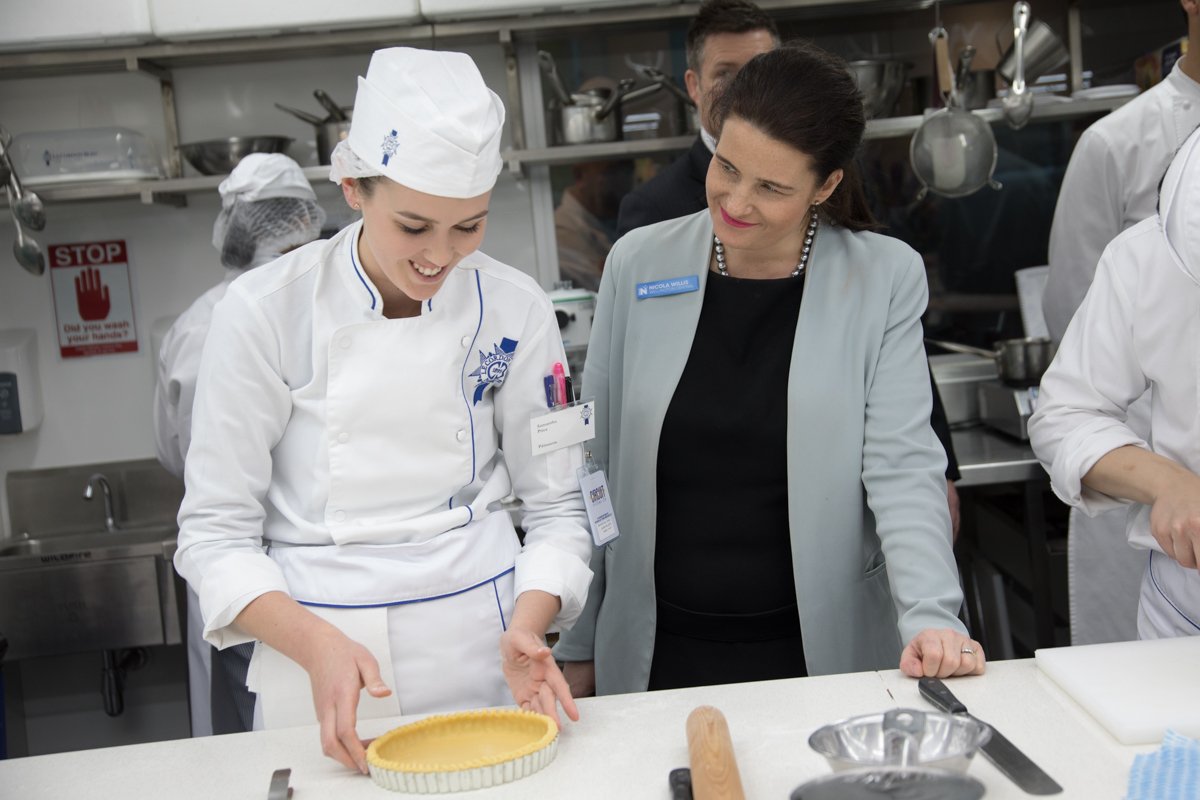 Samantha May Price with Nicola Willis

The PM then moved to the Cuisine Demonstration Kitchen, where Chef Sebastien Lambert taught him how to whip up something a bit more fancy than ‘spaghetti pizza.’ 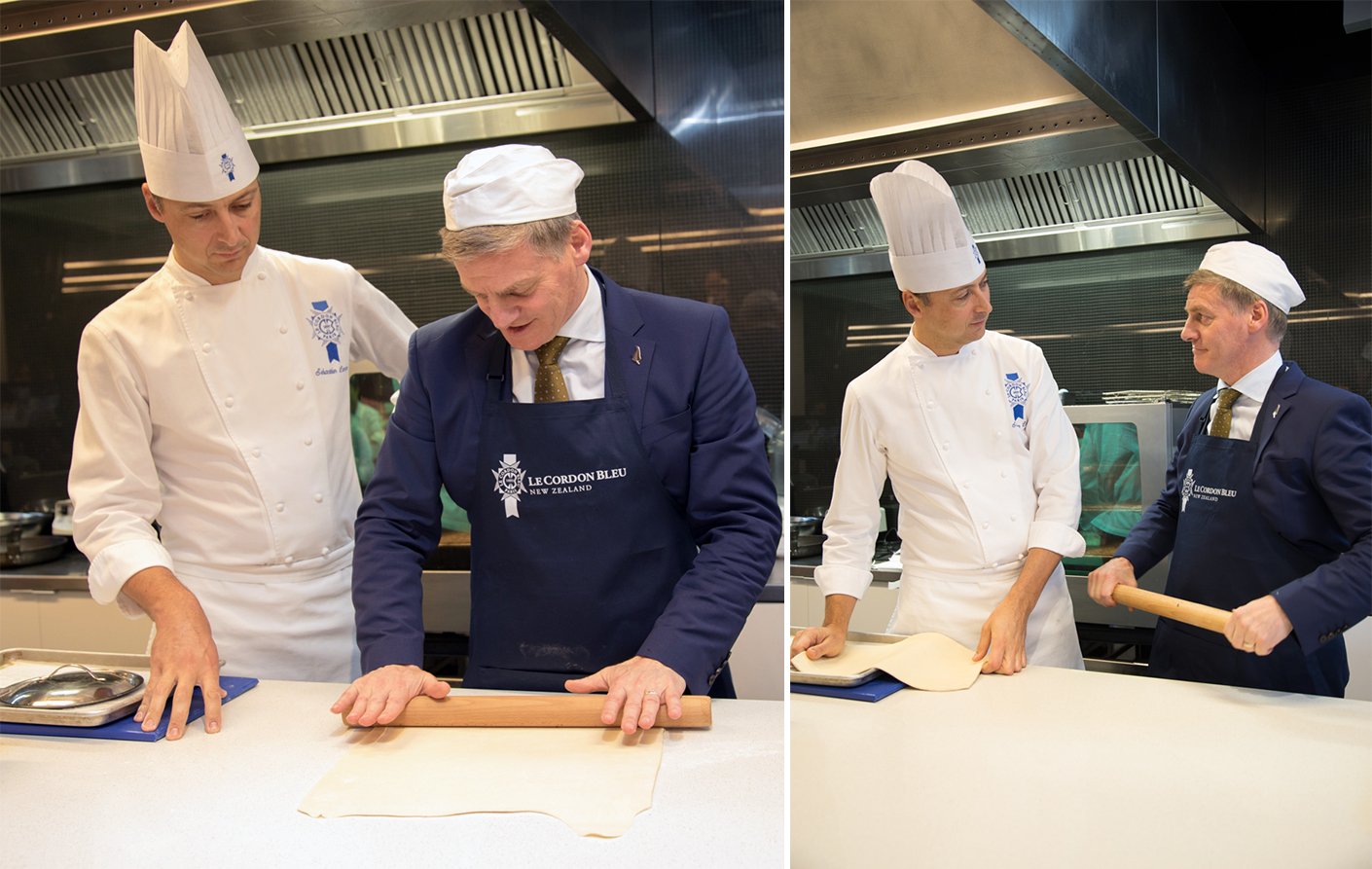 After learning a few “tricks of the trade” the Prime Minster smiled and said “Why didn't someone tell me years ago?!”, which elicited laughter throughout the room.

Before he departed, he took the time to take a few photos with our aspiring young Chefs and Hospitality Managers. 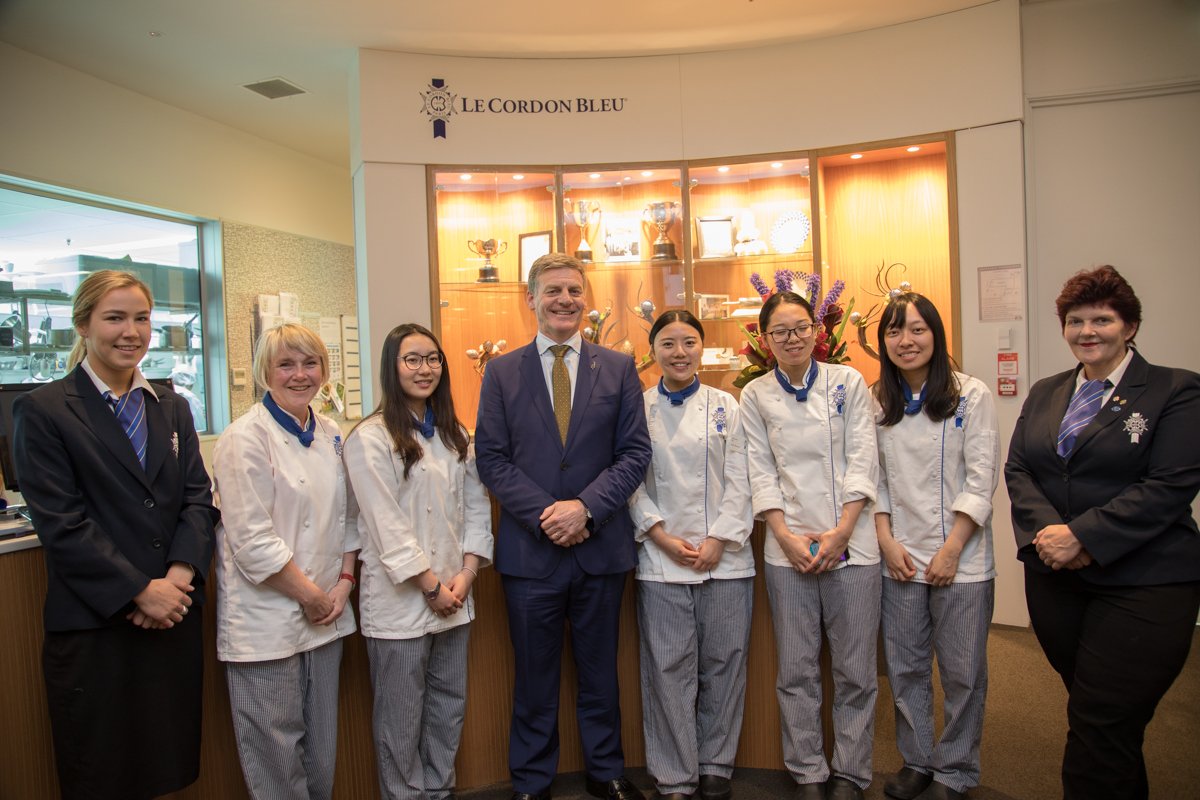