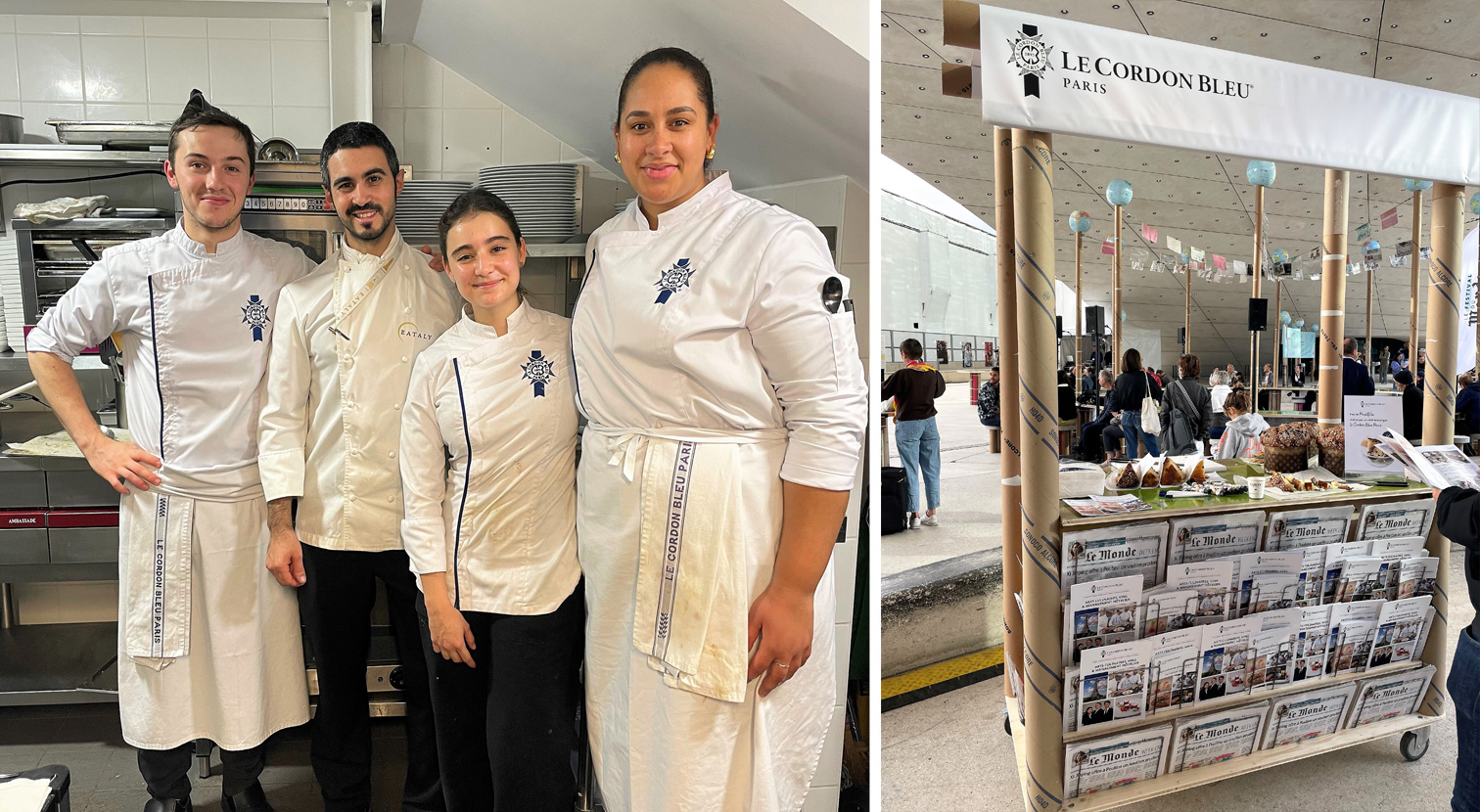 The Le Monde Festival, organised by the newspaper of the same name, took place from 16 to 18 September 2022 with a wide-ranging programme of activities in a festive atmosphere. The newspaper opened its doors to the public, providing an opportunity to take a look behind the scenes. Included were debates, conferences, exhibitions, and culinary activities, in which Le Cordon Bleu Paris students took part.

Just a stone’s throw from the river Seine, in Paris’s 13th district, Le Monde’s forecourt hosted the gourmet programme on the theme of Italy. The pop-up restaurant Eataly, the unmissable market of Italian gastronomy, was set up a stone's throw from the festival in the "Cave Apogé". Fifteen student volunteers supported chef Tony Muzi's brigades, to help the kitchen brigades and with service, for a total of over 200 covers.

Le Cordon Bleu was also present at a kiosk on the forecourt, where Boulangerie Chef Instructor Frédéric Hoël specially created panettones which were then sold to the the delight of all those who enjoy a gourmet treat.

This experience enabled students to put their knowledge into practice whilst taking part in a cultural event. Le Cordon Bleu Paris would like to thank all the students for their professionalism.