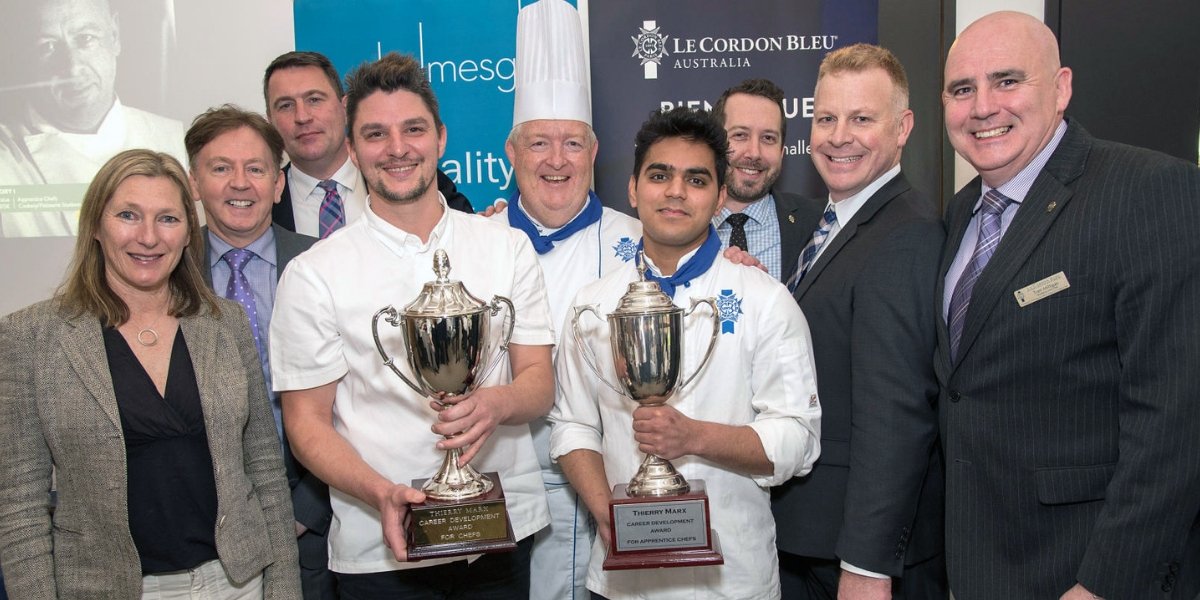 Le Cordon Bleu Melbourne celebrated a second triumph with culinary student Aditya B. Pai placing runner up (Student Category), and winning a trip to Singapore in 2020, a degustation dinner at Cilantro Restaurant and a Le Cordon Bleu Patisserie School Cookbook valued at $5,000.

During the competition (held at Cilantro Restaurant at Le Cordon Bleu Melbourne) finalists prepared their own unique dishes in the style of Thierry Marx, and were interviewed by a judging panel of esteemed industry professionals. Finalists were expected to demonstrate a thorough understanding of Thierry Marx, including his history and current food philosophy.

1st prize winner (Student Category) Abhishek Thorat had been the runner up in last year’s competition and was resolutely determined to win this year, saying:

“I would love to work alongside chef Thierry Marx due to his food innovation and kitchen leadership that is highly renown and respected by chefs all around the world.”

The judges were impressed, not only with Abhishek’s cooking and technical ability, but his exceptional knowledge of culinary legend Thierry Marx. Considered one of the pioneers of modern gastronomy, the acclaimed chef was awarded his first Michelin star in 1988 at Roc en Val in Tours, and another at Cheval Blanc in Nîmes in 1991. After a decade at Château Cordeillan-Bages, a Relais & Châteaux in Gironde, where he held two Michelin stars from 1999, he moved to the Mandarin Oriental in 2010. Today, he is Executive Chef at acclaimed Le Jules Verne restaurant at the Eiffel Tower.