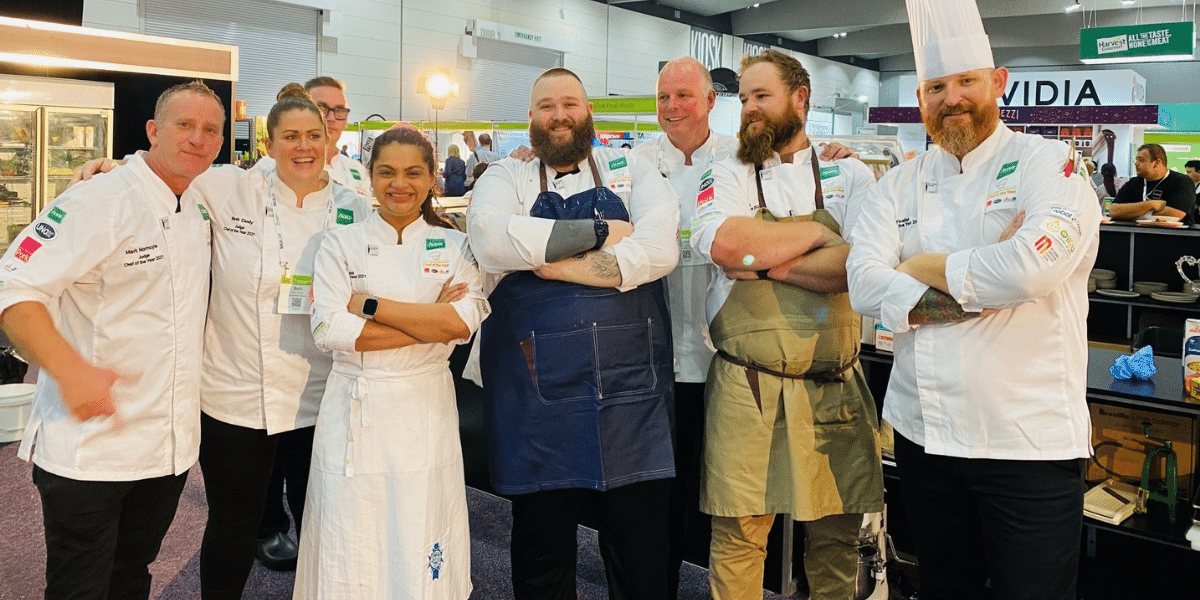 One of the highlights – and undoubtedly the most prestigious of national hospitality awards – was the Australian Chef of the Year.

Simoni was one of 36 chefs from 160 applicants who were shortlisted to battle it out on stage across three days.

She qualified for the semi-finals where she was given 45 minutes to create four entrées and four mains, plus 15 minutes to plate up her chosen dishes.

“I was the only woman in the semi-finals so it was a very proud moment for me…it was very surreal,” the 24-year-old said.

Simoni, who is an Advanced Diploma in Hospitality Management (ADHM) student and is about to complete her studies, said being part of the Le Cordon Bleu cohort prepared her for entering such a challenge in the best way possible.

“Le Cordon Bleu has always encouraged us to take part in competitions and put ourselves out there,” Simoni said.

“Chef Tom (Milligan) always gives us lots of tips and motivation and encourages us to be our best selves which I am really grateful for.” 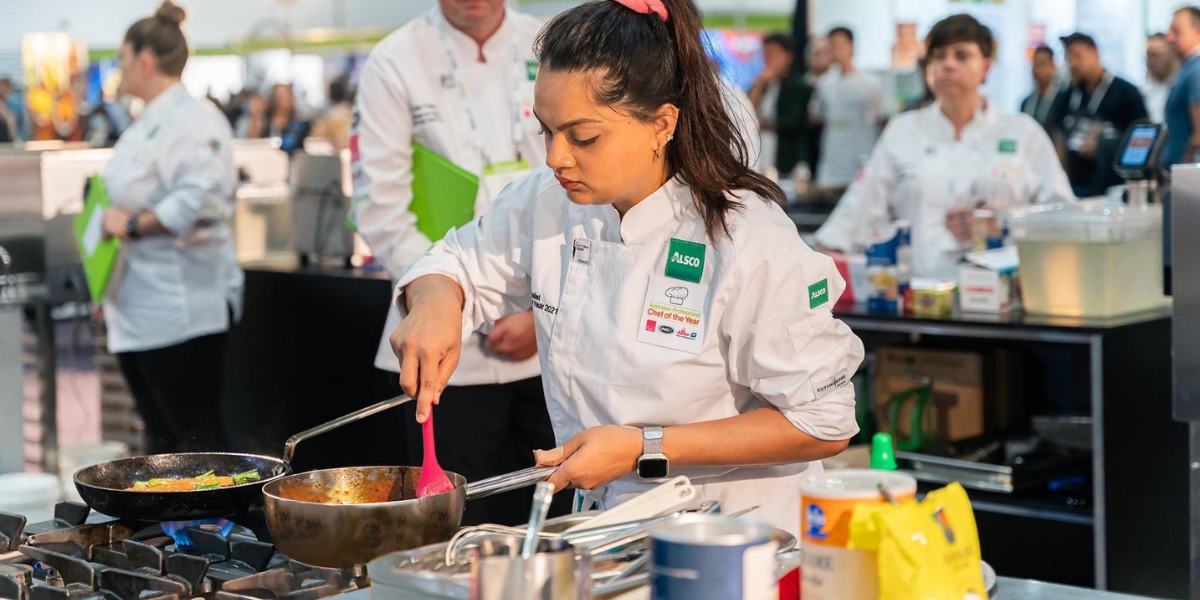 Chef Andrew, who splits his time between teaching Le Cordon Bleu students and running Simmer Culinary, won the overall competition and was crowned Australian Chef of the Year.

He said it was an intense battle that saw participants cook two dishes from a mystery box of ingredients in one hour.

“We only had five minutes to come up with the dishes by looking at the ingredients in the box, but I went in there with a precise game plan and just executed it,” he said.

“I’m a bit of a competition nut and my concept behind competing is to try and inspire the younger chefs to get involved.

“When you work with apprentices or young chefs who have taken part in comps, they are cleaner and more refined in their work so it can really instill great qualities and skills in them.”

The trade show was the first since COVID lockdowns in Melbourne and provided a space for industry to reconnect and rebuild.  The next one will be held at Sydney’s International Convention Centre from 23-25 October 2022.

Are you a Le Cordon Bleu Australia student or alumni with an interesting story to share? Email australia@cordonbleu.edu for your chance to be featured in our monthly newsletter.