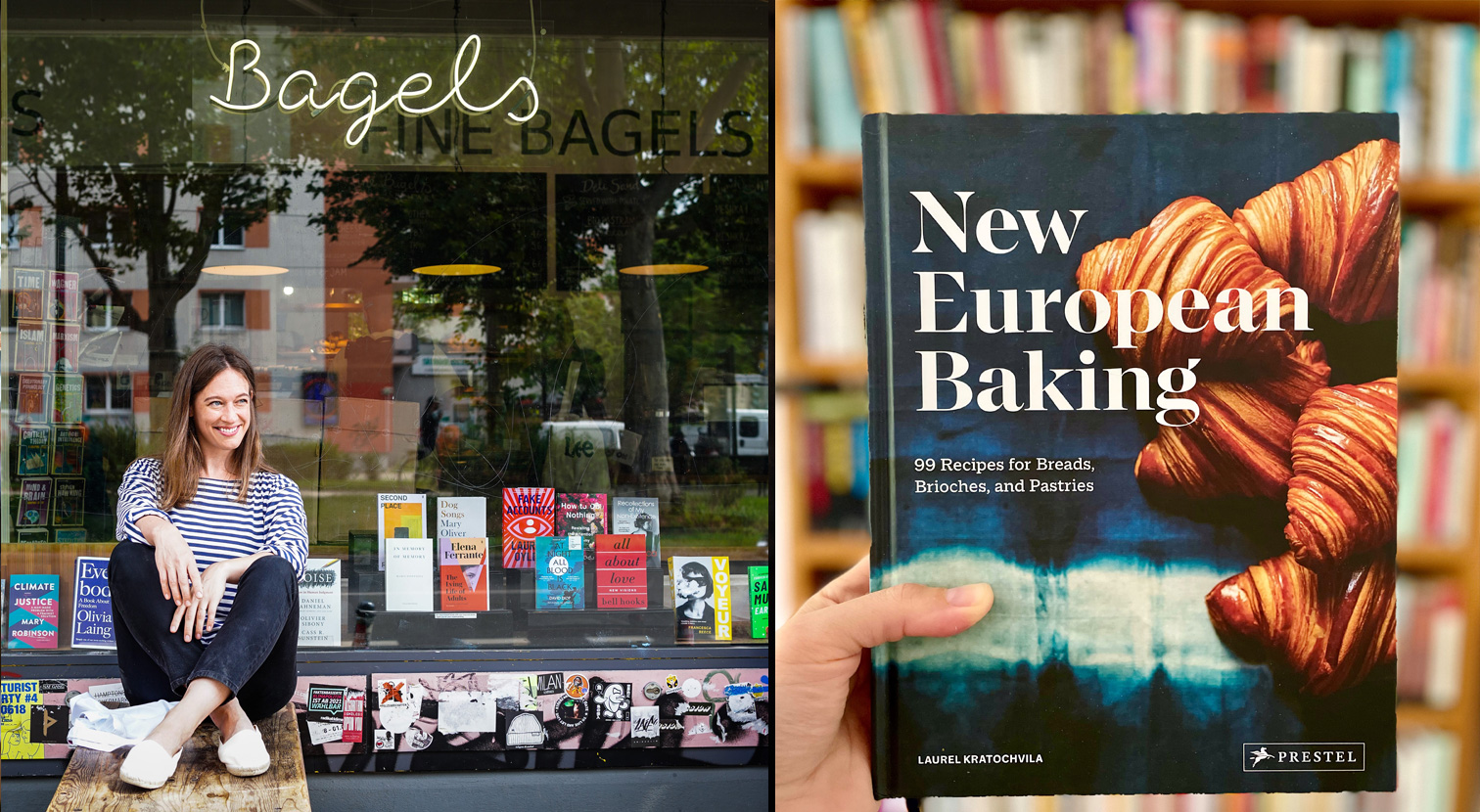 Graduated from the Diplôme de Boulangerie, Laurel Kratochvila is an American baker specialising in Jewish breads and pastries. She is now the owner of Fine Bagels, a bagel bakery and café in Berlin, Germany and opened last year a wine bar called Le Balto. Her first cookbook „New European Baking“, a baking course with stories from artisan bakers around Europe will be soon released.

Can you introduce yourself?
My name is Laurel Kratochvila, I come from Boston, and I graduated from the Diplôme de Boulangerie Le Cordon Bleu Paris institute in 2018. However, I was living in Europe for a long time before attending Le Cordon Bleu. It was in Berlin where I launched Fine Bagels, a bakery that specializes in bagels and Jewish-American baked goods. That was 10 years ago already! Last year, I opened a natural wine cave and bar in Berlin called Le Balto. We're doing the importing ourselves and most of the wine connections I have actually come through the bakery and gastro community I made staging in Paris and the Loire.


What is your professional background?
My professional background has nothing to do with bakery or wine! I studied physics and planned on being a physics teacher or researcher. However, I always worked service, cafe, or food preparation jobs. When I was honest with myself, I realized that I'm happiest when I'm working with food! It's why, instead of continuing with physics, I continued with food and opened my bakery.


Why did you choose to study Boulangerie at Le Cordon Bleu Paris?
Well, when I opened my business, I was putting the cart before the horse, so to speak. I was self-trained and scaled up a lot of family recipes to start my business. I started the business with a kitchen we built from a tiny closet in the bookstore I run with my husband. I thought it would be an extremely small production to compliment a tiny cafe. But that wasn't the case - Fine Bagels took off! We had to find a new, bigger location. And in the meanwhile, I wanted to up my skills and do things the professional way - I was making a good product, but I wasn't comfortable in the culinary world as an autodidact. Since I'd already staged in bakery in France, I'd heard about Le Cordon Bleu from colleagues. It sounded like a good fit.


Could you tell us something which made a lasting impression on you?
For me, the biggest impression was the community and friendships I made through the school. My bench-mate from my course has even moved to Berlin to work at my bakery!


What is a typical day as an entrepreneur of Fine Bagels and Le Balto?
It's a lot of running around! In the early days of Fine Bagels, I just worked in production 7 days a week. Now it's a lot of administration - communicating with my mill, speaking with small vignerons, arranging deliveries, managing publicity and social media, and - of course, the best part - chatting with my customers. Since we opened the wine bar, it's been a lot of late nights working service. I still try to be in the kitchen as much as possible, but now I have an amazing team who can make bagels every bit as good as me!

Can you tell us more about the writing of your book?
It was an adventure! The book is a classic baking course with a lot of creative twists. Throughout, there are interviews and stories from 11 of some of the most influential artisan bakers across Europe. Which meant my photographer and I had to travel around to bake, talk, and photograph them. We did this in spring and early summer of 2021 which meant every country had a different lockdown rule. I can't tell you how many swabs went up our noses. In the end, we visited cities from Madrid to Lisbon to Warsaw to Rome. And on top of it, we had to go back to Berlin to shoot all the recipes in my bakery kitchen. During a heat wave. Making the viennoiseries was so, so stressful in the 40-degree heat.