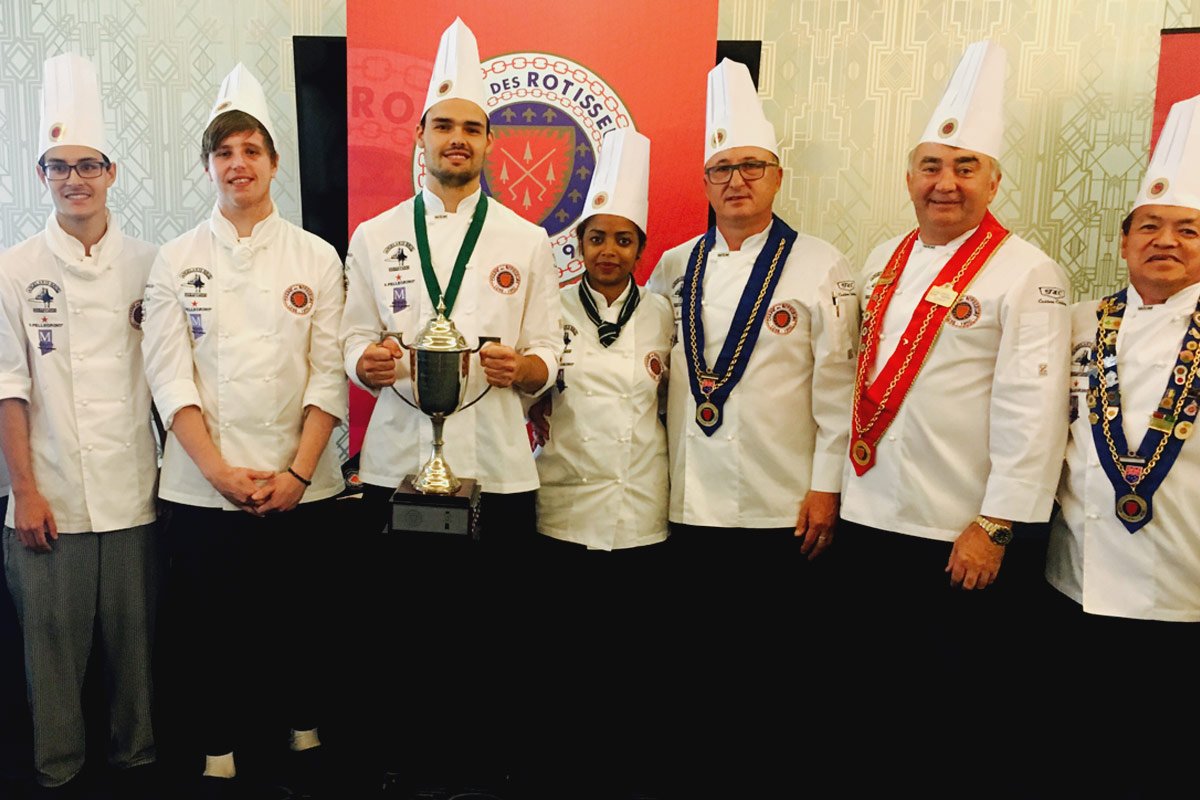 Le Cordon Bleu Australia is proud to be a major sponsor of the Jeunes Chefs Rôtisseurs Competition 2017.

This annual competition for young chefs attracted 4 outstanding entrants from Andre’s Cucina, Hentley Farm, Adelaide Oval and Intercontinental Adelaide competing for State title. Competitors prepared a three-course meal for four people in a four-hour timeframe. They were judged not only on taste, but creativity, innovation and technique.

The winner, Will Doak from Andre’s Cucina (formerly of Press Food + Wine) received $500 and a set of Le Cordon Bleu Laguiole knives.

The competition was uniformly outstanding. All competitors shared a high level of skills and creative input. This year all the competitors were worthy entrants and the outcome was incredibly close on a points-basis. Ultimately, originality and attention to detail were the decisive factors in determining the winner.

The judging panel also included Andrew Crispin, Conseiller Culinaire for LCDR Australia, and Training Lead for Crown Melbourne. Mr Crispin says his “aim is to win gold for Australia” and feels confident that the strong competition in this year’s national awards will bring success in the international arena over the next few years.

National winner of the competition will represent Australia at the international awards in Frankfurt, Germany.