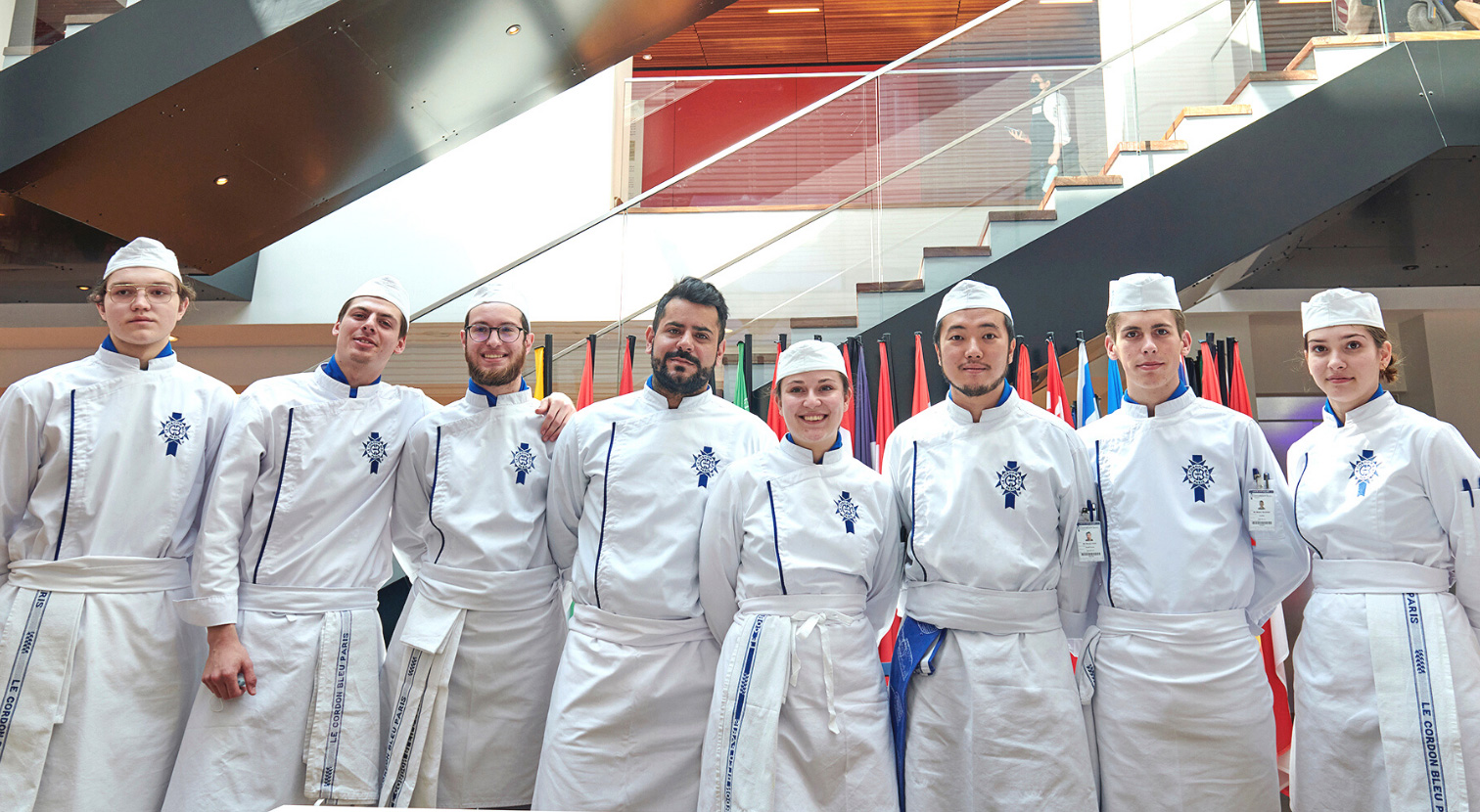 On Monday April 25th, Jeunes Restaurateurs d’Europe (JRE), an association of young restaurateurs and chefs, organized an “Inverted cooking contest” at the Institute Le Cordon Bleu Paris. Inverted? Because the students were judging the candidates


7 JRE chefs were working in pairs with gastronomic journalists in the contest to create one dish each. The duos then faced a tasting jury composed of 5 students from the Institute Le Cordon Bleu Paris, combined with a cuisine jury of 2 students to ensure the correct application of the rules, method and organization of the candidates.

The aim of this unique, light-hearted event was to raise Le Cordon Bleu Paris students’ awareness of competitions and at the same time introduce them to the JRE association. In this way the students were able to face the realities of a cooking competition in a friendly, good-willed atmosphere. They took on the role of juror with great professionalism, something that was unanimously acknowledged by all the participants.

I loved being part of the tasting jury! Our dishes are continually being marked and judged at school, so it felt good to be on the other side for a few hours. It’s also great to realise that our palates are sufficiently educated to be able to offer a critical opinion of the dishes we tasted. You realise that you have acquired certain standards in finesse and creation that even the competing chefs don’t always respect. I can’t really say that I would have done better, but it’s cool to see that you notice certain areas that could be improved!
Charlotte Carlerou, Le Cordon Bleu Paris student

Through different events during the course of the year, the students have the opportunity of putting their skills into practice and experience the professional world. They take part in world renowned trade shows, competitions, cocktail parties, festivals and even TV filming where they can work in the kitchens and also serve in the dining-room, living the full experience of these events.

The students eventually awarded first place to the winning duo made up of Chef Arjan Kuipers from the Restaurant De Ertepeller in the Netherlands and Chloé Labiche from the online magazine Zepros.

It was a great honour and pleasure for me to work with such a rigorous, talented educator as Arjan Kuipers. Right from the beginning of the contest the chef had a clear vision of what he wanted to do and didn’t stray from that idea. I was so lucky to have a front row seat during this whole creative process. So proud to have won the contest together, a huge bonus. It’s just great!
Chloé Labiche, journalist