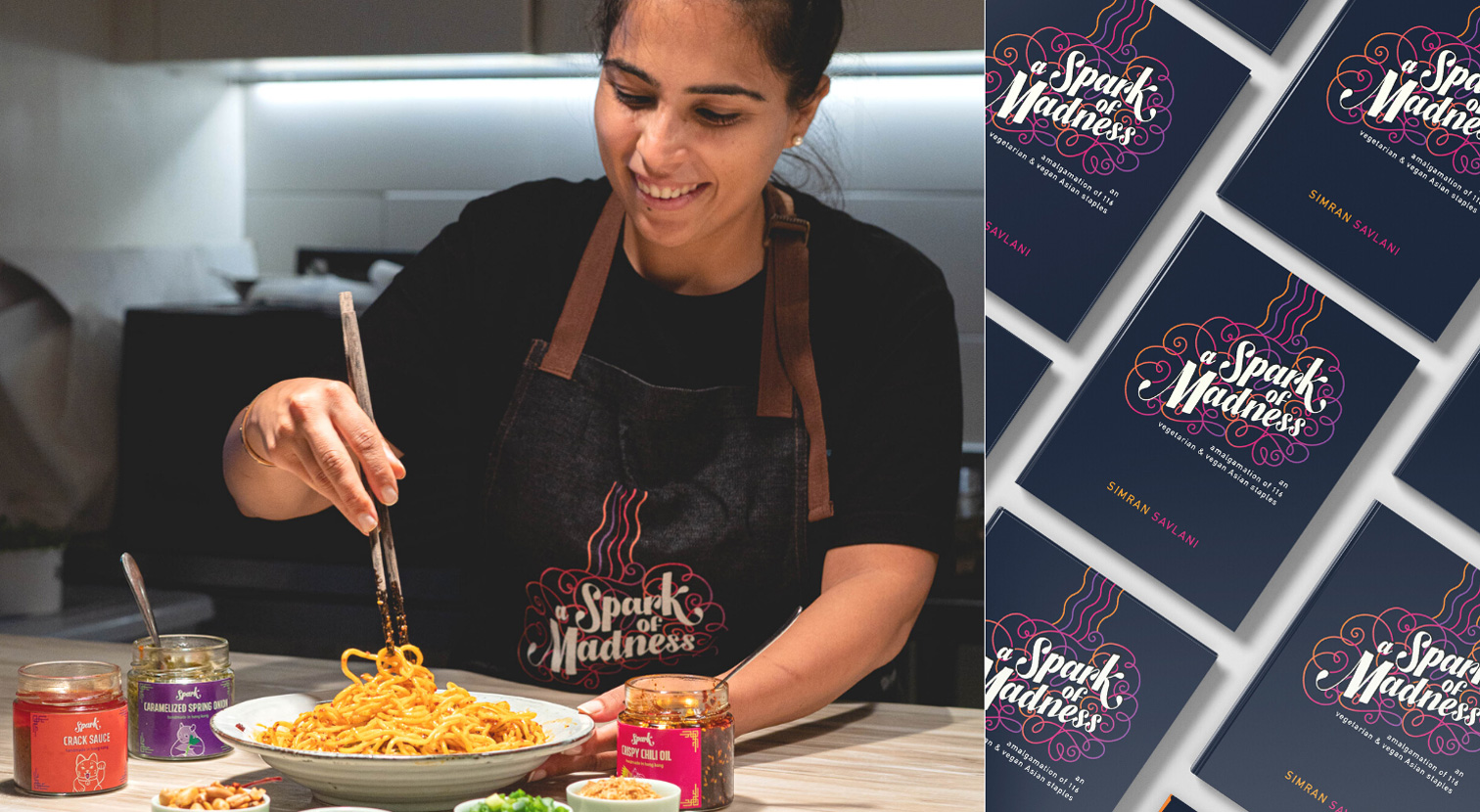 Simran Savlani, graduated with a Diploma in Culinary Management in 2017. While she had always dreamed of opening her own restaurant in Hong Kong, the health crisis forced her to change her plans. So, she took advantage of this time to cook and decided to share her recipes in an Asian vegetarian cookbook: "A Spark of Madness".

We asked her a few questions.

My name is Simran Savlani, I graduated from Le Cordon Bleu Paris in 2017 with a Diploma in Culinary Management and last year I wrote and published an Asian Vegetarian cookbook called A Spark of Madness.

After being graduated, I started working as a restaurant consultant and helped opened several restaurants in Bombay, Lagos, Jakarta, Hong Kong and consulted for projects across Asia.

In 2020, I was finally ready to open my own restaurant. This has been my dream ever since I was a child. But once Covid hit I had to pivot my plans. Like the rest of the world, I spent most of 2020 at home, cooking, eating, and cleaning.

I am not a trained chef, nor am I a food writer. I am just a girl who loves food and to feed people and hence I decided to share my recipes with everyone through a cookbook.


Tell us more about your experience at Le Cordon Bleu Paris.

The Diploma in Culinary Management gave me a full picture on how the industry works. I spent 6 months learning about the theory knowledge and 6 months of internships, putting the knowledge into practise. I did my internships in Paris at Café de la Paix and Le Meurice and for my last internship, I decided to go to Melbourne and work at Chin Chin, one of the busiest restaurants I’ve ever seen, anywhere in the world!


What is your favourite memory from your adventure at Le Cordon Bleu Paris?

My favourite memory has to be on the first day itself. I came to Paris, not knowing a word of French, anyone in France or anything about French culture.

On my first day, our wine teacher asked us to open a bottle of wine with the traditional wine opener and I struggled, and he wouldn’t let the class continue until every student was able to remove the cork from the bottle successfully. He called it the ‘relationship opener’ and as I wasn’t able to do it, despite several attempts, so all my other classmates took it upon themselves to teach me during our break. This resulted in forming the best friendships not just for the term but for a lifetime.


You wrote your first cookbook. Why it is about vegetarian food?

A Spark of Madness is an Asian Vegetarian cookbook with 116 recipes covering regions from Thailand to Taiwan, Indonesia to India, Seoul to Singapore and beyond.

I’ve been a vegetarian for over twenty years and even managed to find enough vegetarian options whilst I was a student in Paris. Most people always find vegetarian food boring and bland but through the cookbook, I wanted to highlight how vegetables can be used in several different ways, make a dish tasty and yet simple!


What are your plans for the future?

For now, I am focused on growing Spark Sauces & Spark Bark, this is a condiment & chocolate range that was inspired by the cookbook. The sauces and chocolates are currently available in Hong Kong, but the plan is to expand across Asia and hopefully Paris soon.


What advice would you give to future students?

Don’t think there is only one path to achieve your dreams. I always knew I wanted to be involved with food and thought opening a restaurant was the only way to do that.

However, due to circumstances and pivoting plans, I now have a cookbook and a condiments and chocolate brand, which keeps me close to my passion for food. So, keep your eyes on the goal but be ready to take various routes to get to your final destination. Also always remember to be a little mad on the journey. You’re only given a little spark of madness, don’t lose it.