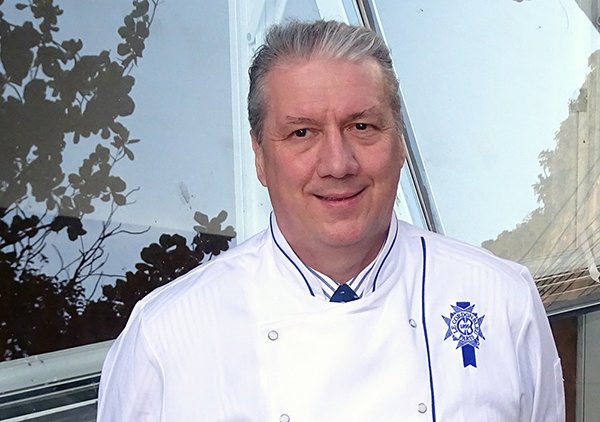 The renowned French institute of Culinary Arts Le Cordon Bleu has just opened its first unit in Brazil on May 8, in São Paulo. For the implementation of the institute in the Country, Le Cordon Bleu appointed as technical director, chef Patrick Martin, who landed a few months ago with the mission of bringing the international standard of Le Cordon Bleu to the Brazilian institutes - the opening of the school in Rio de Janeiro is planned to August.

Patrick Martin has more than 25 years in Le Cordon Bleu. The chef was responsible for the technical development and opening of schools in Mexico and Tokyo and worked in schools in France, London and the United States. In his career, the chef led several restaurants in Paris, such as the Charlot Restaurant, the three Michelin stars, Restaurant Ledoyen, buffets Dalloyau and Flo Prestige. Among the awards won, Martin received the title of Chef of the Year in Paris in the "Trophée National", and was a finalist in the "Meilleur Ouvrier de France" competition. The chef was also vice president of Educational Development in Culinary.

The coming of the chef is part of the traditional implementation process of schools applied in all countries where the institute begins its operation. As an international institute, Le Cordon Bleu always appoint one of its professional chefs to ensure its standard of teaching system in all units. This is one of the keys to the institute's business, which has been recognized for excellence in culinary education for 123 years. In this way, students who complete their training in São Paulo or in Rio de Janeiro will have the same level of knowledge as any other student of the institutes presented in 20 countries. 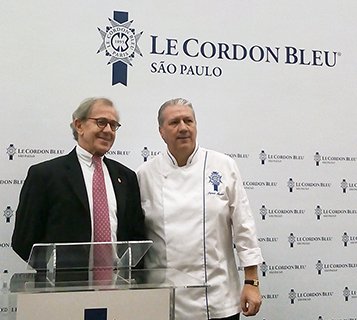 According to Patrick Martin, part of this success is the result of the performance of the international president of Le Cordon Bleu André Cointreau.

"The president is very involved with the institute and likes to follow all projects closely, participating intensely of the implementation. In terms of organization in Latin America, the institute is a blend of Anglo-Saxon culture in its structure with Latin culture in the creativity of its courses. It is a very demanding company and that is the reason why it keeps the tradition beyond France with the same quality", he says.


In the picture, Chef Patrick Martin with the international president of Le Cordon Bleu André Cointreau in the opening of São Paulo institute.

One of the attributes that make Le Cordon Bleu an international reference in the training of culinary professionals is that its teaching methodology is beyond the reproduction of recipes. Students who enroll in courses soon realize the difference.

The classes consist of theoretical and practical learning, with something else: students pass through a constant repetition of techniques and are oriented to develop the taste when trying out dishes produced at school. The education system allows each student to develop at his own pace of learning at the beginning of the course. The trainings can be exhaustive for some students, due to the number of repetitions of techniques, but this, according to Patrick, establish the level of quality in the training of professionals.


It's like music. You have to train and repeat the same note many times before you start playing an instrument. The same thing happens in the kitchen of Le Cordon Bleu. Students learn the techniques before the recipes and only after they master the method they go on to make the dishes.

In the practical class, the student is summoned to repeat the technique and has his / her plate evaluated by the teacher. Then they must also taste the plate to feel on the palate what were their mistakes and correctness. In the workshop, students cook in groups to train with the chefs in addition to cooking techniques, communication skills and interaction with the team.

The techniques are segmented by families of the cooking, like the French, soups, breads, among others. In class, students are presented with food and dishes respecting history, seasonality and local culture, with techniques applied to the most modern cooking technologies.

"While the institute maintains its tradition as guardian of the classic techniques of French cuisine, it is open to adapting to local cultures and technological innovations", says Patrick.


Attitudes and behavior are part of student assessments

For Le Cordon Bleu, all students are ambassadors of the brand and, therefore, the school is highly demanding in diverse requirements. In the classroom, the development and evolution of students are constantly monitored by teachers, who evaluate not only the application of techniques and creativity, but also attitudes and teamwork. The chefs identify the reactions of each student, how they behave in a group and how they communicate - it is imperative that they know the terms of gastronomy standardized in an international language. In addition, hygiene and good presentation are prime conditions for those who wish to study in the institute's laboratories, as well as behavior inside and outside the kitchen.


Our goal is to transform our students in successful professionals. So the uniform should be flawless! But not only that. It is also necessary that the cook knows how to respect people, because everyone is important in the team. Cooking is loving and sharing.

Born and raised in France and Spain, Hosco CEO Olivier Bracard comes from a long line of hoteliers in Europe’s Balearic islands. After graduating from a ...