Having forged the Nouvelle Cuisine movement, recieving France's highest honour the "Legion d’Honneur" and turning a failing family restaurant into a three Michelin starred hotspot, Paul Bocuse was not your average chef.

As a tribute to Paul Bocuse's life and culinary career, Le Cordon Bleu New Zealand Chef Francis Motta decided to create a seven-course replication of Bocuse's most famous dishes. Today, I interviewed Chef Francis about the In the Spirit of Paul Bocuse Wellington On A Plate event and what inspired him to create this degustation. 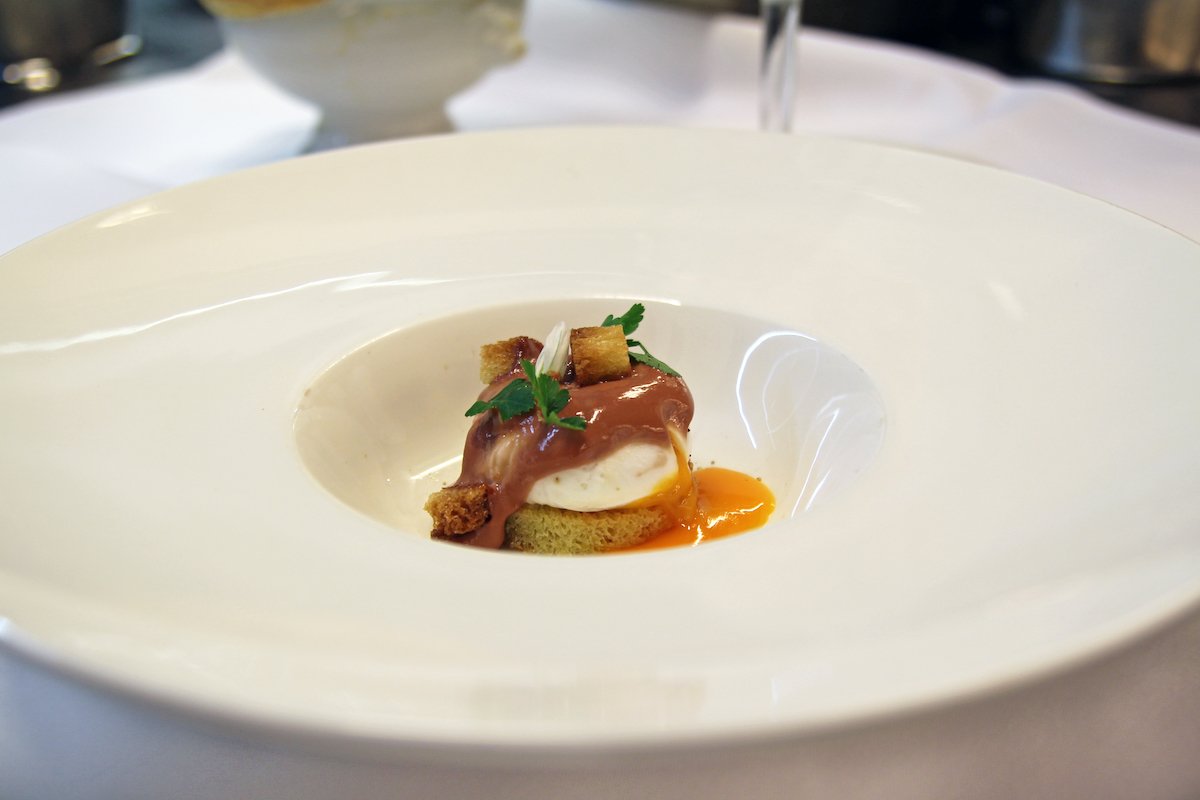 Tell me a little about Paul Bocuse:

"As you may know - Paul Bocuse is a French Chef who has been very influential towards French cuisine - Bocuse is one of the reasons why France's cuisine has had a lot of success. The dishes he created revolutionised French cuisine in a certain way. They were a lot lighter and fresher compared to previous, more traditional dishes. They boasted different flavour combinations and there was a stronger emphasis on the presentation of the plate."

Tell me about the Nouvelle Cuisine movement:

"Before the Nouvelle Cuisine movement, a chef called Auguste Escoffier had classified everything. There was only one way of doing things - the Escoffier way. After the seventies, things began to change and chefs started to express their individuality. A group of chefs started the nouvelle cuisine movement, Paul Bocuse was quite a colourful individual and he was at the forefront of this change." 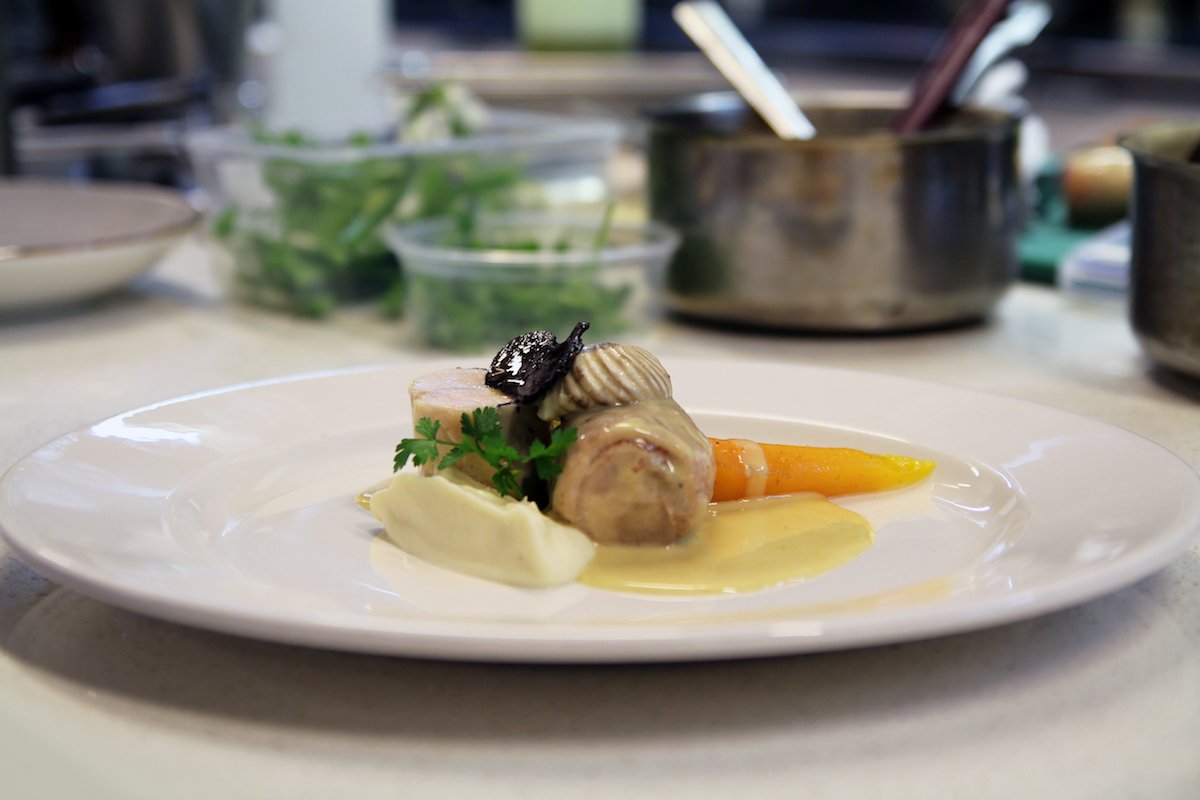 What inspired you to create this degustation?

"As Paul Bocuse passed away earlier this year, I wanted to celebrate his life's work and pay homage to the great Chef in the most fitting way; through food. I thought Wellington On A Plate was a good opportunity to do this as the dishes require a lot of unique ingredients we don't often get to use on a daily basis. We decided to pair the dishes with wines from the Burgundy region of France, as Burgundy is famous for its Pinot Noir and Chardonnay; wines that New Zealand is also quite famous for producing. This event will give wine enthusiasts the chance to taste the difference between the two countries signature wines."

Tell me about the dishes you will be replicating:

"We will be replicating all of Bocuse's most famous dishes including the Truffle Soup V.G.E. After Bocuse was awarded the Legion d’Honneur from President Valéry Giscard d'Estaing, he cooked a special meal for him and made this soup. The soup is made from a rich chicken broth, truffles, macedoine vegetables (cut into cubes around 1cm x 1cm) such as carrot, turnips, button mushrooms and fois de gras. This is then covered with puff pastry and cooked in the oven." 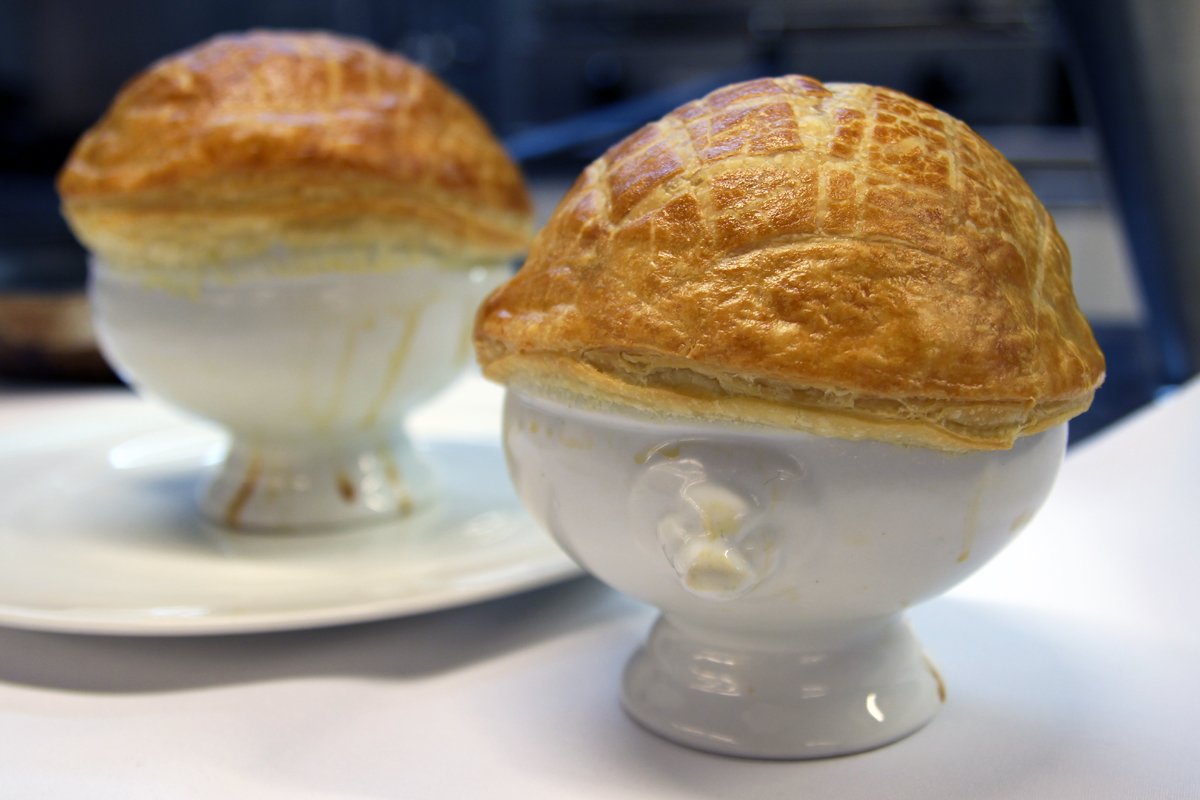 "For the amuse bouche we have the Ouef Meurette. This is a poached egg, served with a red wine hollandaise sauce served on crouton. We pierce the egg yolk with a knife so the egg yolk runs out right before this is served to give the dish a nice golden colour to contrast against the burgundy hollandaise sauce."

"We also have Filet de Rouget Grondin en Ecaille de Pomme de Terre for the fish course. Normally in France we would use a rouget (red mullet) fish. These are difficult to get in New Zealand so we are substituting this with a gurnard fish as it is quite close to the rouget. We replace the inedible scales of the fish with thinly cut circular potatoes, these are arranged to look like the fishes scales and this forms a crispy edible skin for the fish. This process is meticulous as it takes a long time to arrange the scales. We warm the potatoes in a small amount of clarified butter to develop the starch of the potatoes which helps the 'scales' stick to one another."
Chef Francis has worked at many Michelin starred restaurants across France including La Bastide de Capelongue and Avignon. Growing up, the majority of his family worked as either farmers or winemakers. Living with individuals who valued food and wine above all else sparked his interest in becoming a Chef.

Chef Olivier Haar will be assisting Chef Francis with the creation of this marvellous degustation menu and has flown over from New Caledonia for the occasion. Chef Olivier has spent the last several years working as a Chef Tutor at Lycée Professionnel et Hotelier St Jean XXIII in New Caledonia.

For more information on this event and to purchase tickets, click here