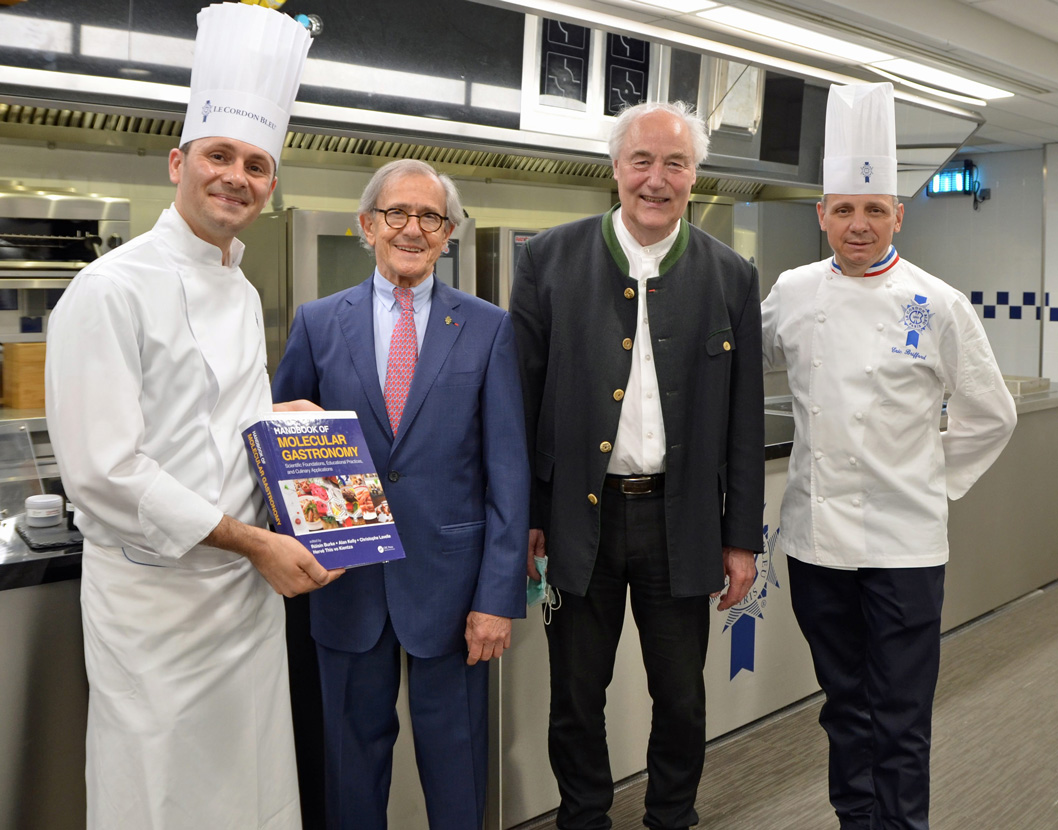 June 2021 - Le Cordon Bleu Paris was honoured to welcome Hervé This, a leading authority on molecular and physical gastronomy, for a presentation of his new book to students at Le Cordon Bleu Paris. Students were given the opportunity to gain a better understanding of culinary techniques from a scientific point of view and to interact with an expert widely recognised in his field.

The Handbook of Molecular Gastronomy: Scientific Foundations and Culinary Applications consists of 894 pages, 673 illustrations and 150 chapters, written by authors from 23 countries. The first scientific part includes authoritative texts on emulsions, foams, how chocolate behaves when melted, sugars, the chemistry of smoked foods, pouring point of fruit purées, capillarity, and expansion in cuisine. The second part covers how molecular gastronomy can be applied to teaching, from primary school through to university. The third part focuses on how molecular and physical gastronomy can be applied to the culinary arts, specifically molecular cuisine, and Note by Note cuisine.

In tune with the latest culinary trends, Le Cordon Bleu Paris has a close partnership with industry experts and is committed to regularly providing its students with cutting edge and innovative educational content as part of their training programme. This conference enabled them to develop their culinary thinking, discover new techniques, and interact with professionals.

Physical chemist at the INRAE (France’s National Research Institute for Agriculture, Food and Environment) and professor at AgroParisTech, Hervé This is one of the two creators of molecular gastronomy and the inventor of Note by Note cuisine. His innovative and scientific approach to cuisine enables him to explore culinary practices and transformations and thus understand phenomena, using ingredients and utensils which are often surprising in cuisine.