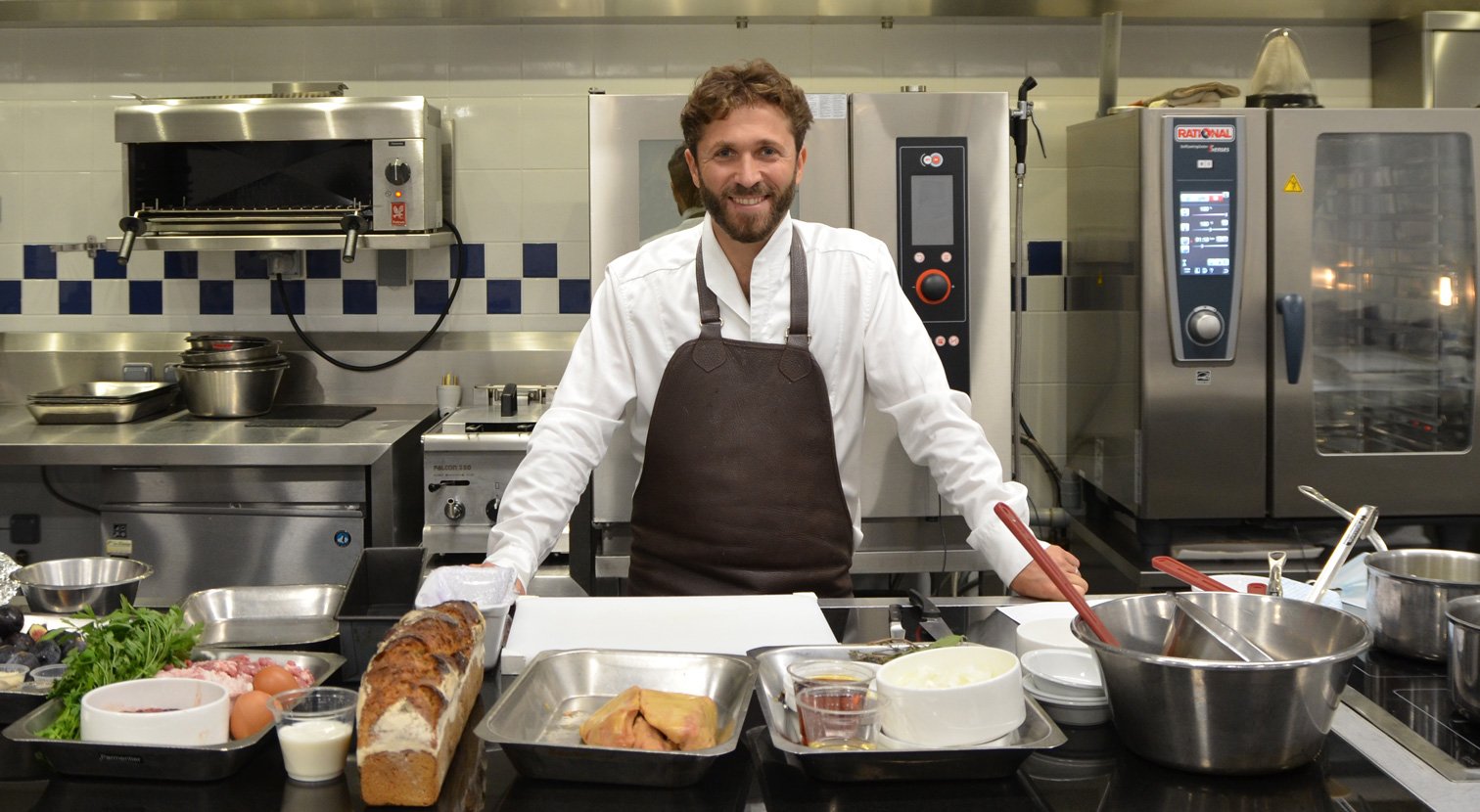 On 14 September
, Le Cordon Bleu Paris was honoured to welcome Julien Duboué, Chef and restaurateur for a demonstration where he introduced students to his authentic style of cuisine and culinary universe. Chef Duboué made one of his signature recipes: Bread pâté en croute, foie gras and figs with blackcurrants. It was a moment of sharing that was appreciated by all.

Originally from the Landes region, Julien Duboué began his apprenticeship alongside Jean Cousseau at the 2 Michelin-starred Relais de la Poste, in Magescq, before moving on to Alain Dutournier’s 2 Michelin-starred Carré des Feuillants in Paris in 2001. Following successful periods at two 3 Michelin-starred restaurants, the George V and Daniel Boulud in New York, he opened his first restaurant, Afaria, in Paris, a bistro with fresh and local products from south-west France.

In 2010, he launched another restaurant, Dans les Landes, serving the dishes of his native region in tapas format.

In 2014, he opened A. Noste restaurant, which takes you on a journey through his region thanks to two themed concepts: “Tapas”, which is relaxed and festive and “La Table”, whose menu is more gastronomic.

A workaholic, he opened his new Parisian restaurant, BOULOM, an acronym for "Boulangerie Où L’On Mange" (Bakery where you can eat) in April 2018. Hidden behind what at first appears to be a traditional bakery/pâtisserie is a large dining room with huge all-you-can-eat buffets.

His cuisine stays true to the values learnt during his childhood: knowledge transfer and treating products with respect. The ingredients he uses come directly from the family vegetable garden in the Landes region, complemented by a network of local suppliers with whom the Chef has created a unique relationship. Some suppliers even adapt their production to meet his needs, such as producing heirloom wheat or corn. His cuisine is authentic: he knows exactly where the quality products he uses originate and fully involves the producers whom he now calls friends.