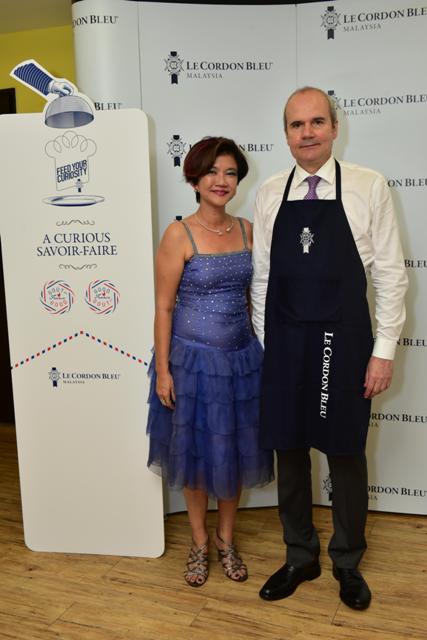 FOR ONE DAY A YEAR, the high art of French gastronomy is honoured around the world in an initiative dubbed Goût de France/Good France. Inspired by legendary chef Auguste Escoffier’s Les Dîners d’Epicure, the event now connects a global network of French restaurants across 150 countries, each serving a degustation dinner carefully crafted to reflect the finer points of French cuisine.

In Malaysia, the Sunway Le Cordon Bleu Institute of Culinary Arts had the distinction of opening this year’s event with a dinner hosted at Espace André Cointreau. Led by the institute’s Technical Director Chef Rodolphe Onno, the dinner was attended by industry leaders including French Ambassador HE Christophe Penot.

Aperitifs of champagne warmed up guests while they took in a 15 minute cooking demonstration by Chef Rodolphe. Together with the Ambassador, the chef made the rouleau croustillant d’escargot, a fried brick roll of snails which served as the starter to the six course menu.

Chef Rodolphe’s menu drew on a variety of traditional ingredients from his home country, inspired by the French joie de vivre or joy of life, paired flawlessly with French wines and champagne. The evening was made more special by a harpist who regaled guests with melodies, making the strings sing with every brush of the instrument. 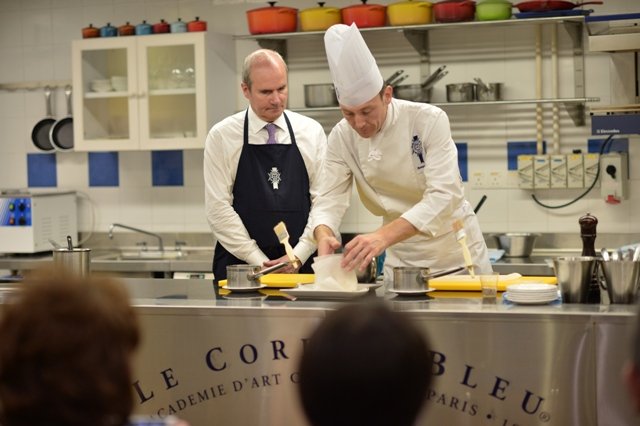