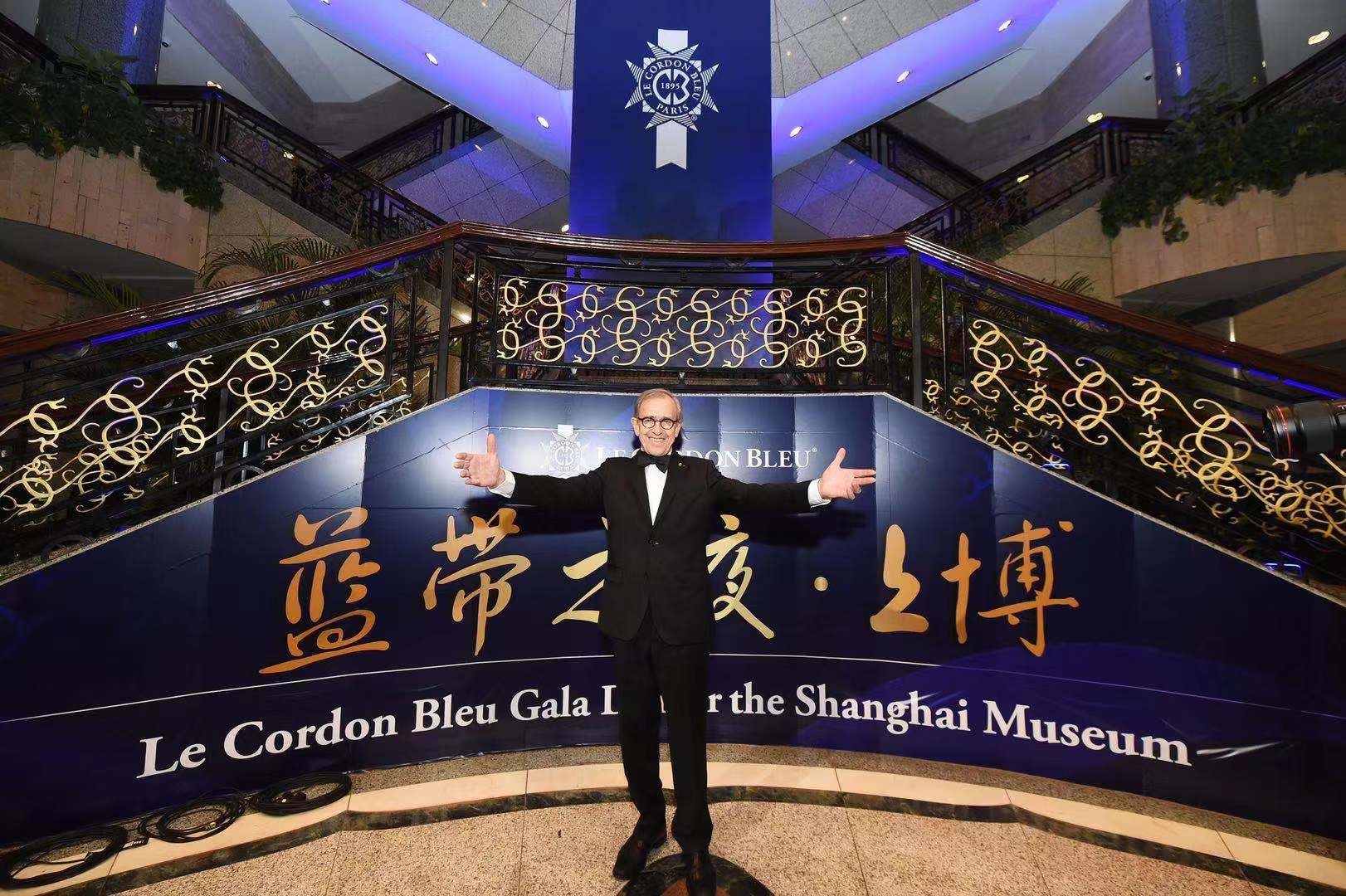 December 17, 2019 Shanghai - Surrounded by the past at a time when bronze metal ware was once only reserved for Chinese royalty, the Shanghai Museum was the perfect backdrop to what could only be described as an enchanting and historical evening. On December 17th, 2019, Le Cordon Bleu held their Gala Dinner with honored guests among the priceless relics of the Ancient Chinese Bronzeware Exhibition. Guests were also treated to an exclusive exhibition of a western painting and sculpture collection preserved by the École Nationale Supérieure des Beaux-Arts: “The Birth of Beaux-Arts: From the Great Century to the Revolution.” Truly a night of East meets West.


The theme of the evening, “A Taste of Jiangnan,” highlighted delicacies indigenous to this region in China with the lotus flower emerging as a central symbol. Representing purity and perseverance, the lotus eloquently encapsulates the idea of remaining true to one’s vision through purpose. In Mandarin, lotus is pronounced he, which is the same pronunciation for the word harmony, carrying with it the symbol for peace and lasting friendship. Mr. Chen, Jialing, one of the most representative Chinese painters and art educator who has special designed the ‘Blue’ lotus silk scuff for the Le Cordon Bleu’s night at the Shanghai Museum. 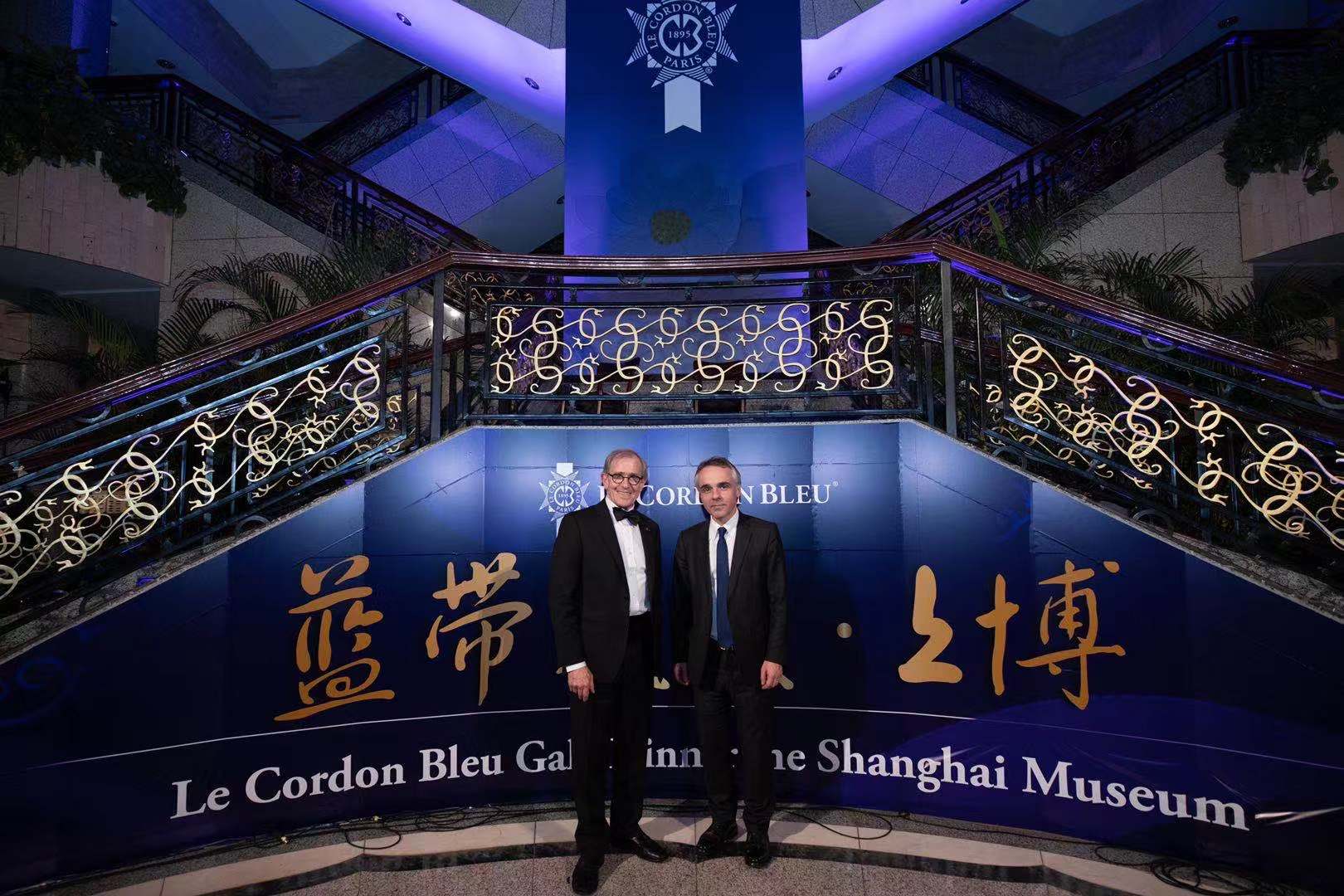 Dishes were served on tables adorned with miniature Jiangnan Gardens, illuminated by a customized lighting panel and a landscape handcrafted by craftsmen piece by piece, which took five days to complete. Intricately carved lotuses from radishes lay in ponds of the Jiangnan Gardens, a tradition dating back to Ancient China, where food carvings served as important ornaments to banquets. The table setting, designed by Chef Xu Jiajie, centered upon Jiangnan’s aesthetic elements of nature, while also including emblems of France in the champagne glass. The iris patterns were homage to the national flower of France on the champagne glass, while the drink glass was embellished with peony patterns, the national flower of China. The subtle but beautiful details embodied the lasting friendship between China and France. 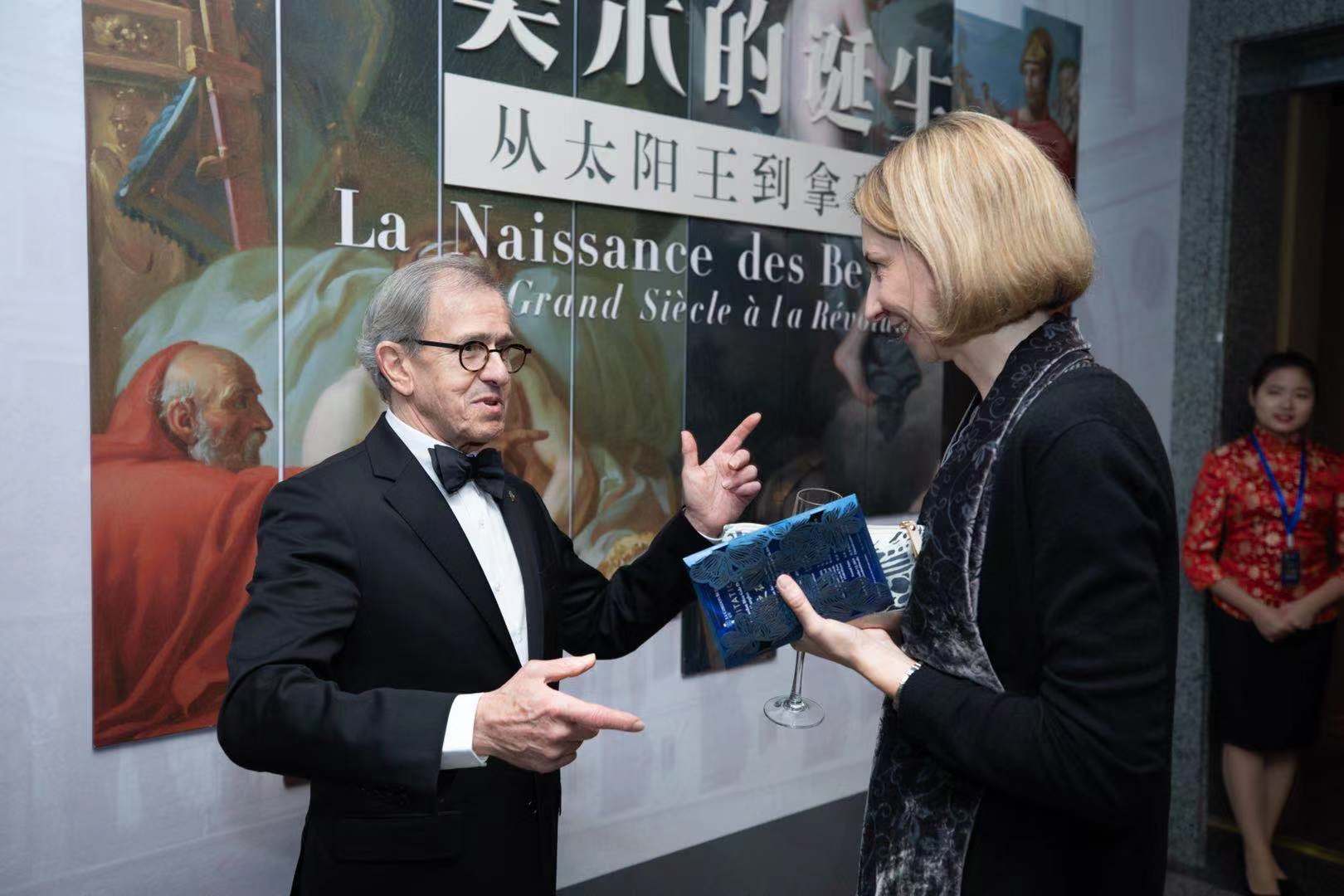 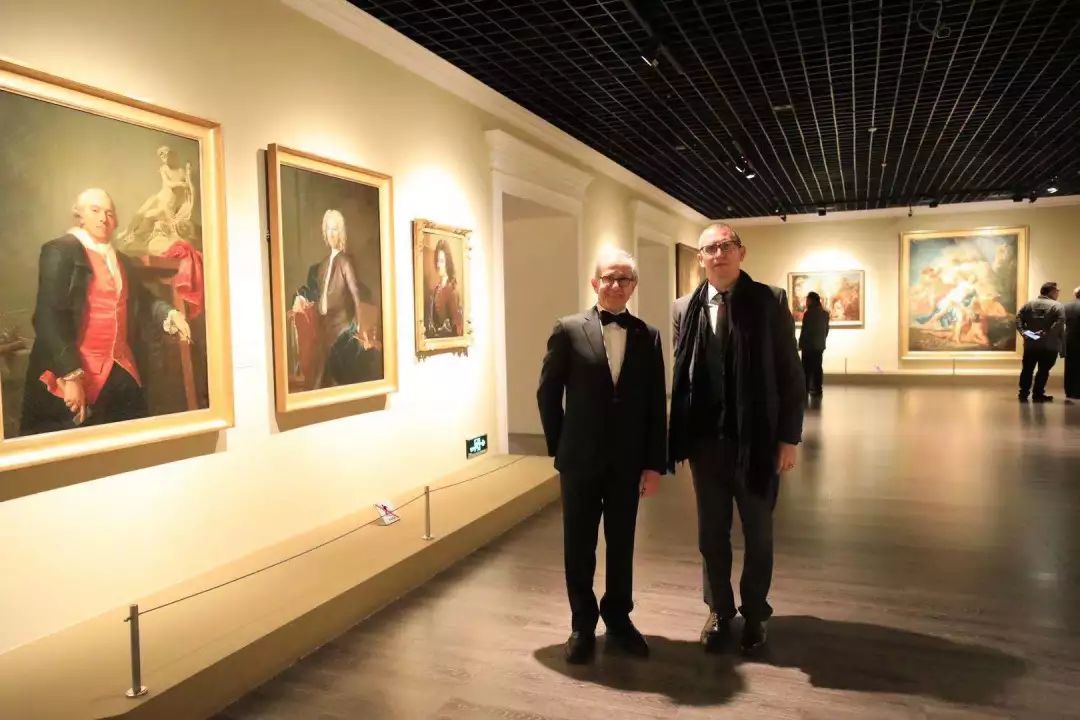 The Art of Dough Figurine, known as art on the fingers and one of China’s Intangible Cultural Heritages, was also incorporated into the table setting with figurines of “Dao Ma Dan” or “Female Warrior,” a famous figure from traditional Peking Opera simply made of flour dough. Chef An Bin, the inheritor to this Dough Figurine technique, handcrafted all these colorful figurines with vivid facial expressions.


Music played a large role in the evening’s events and created a pleasurable atmosphere. Guests were enveloped in traditional Chinese melodies such as Jasmine, Spring on the Moonlit River, Spring of Tianshan Mountains and La Vie en Rose. Entertaining the evening’s guests was an Erhu performance by Mr. Zhao Lei, a professional Erhu Player and one of the representative musicians in Asia with his two breathtaking solos Erhu Without Boundary and Love is Like a Rebellious Bird from Bizet’s Carmen. 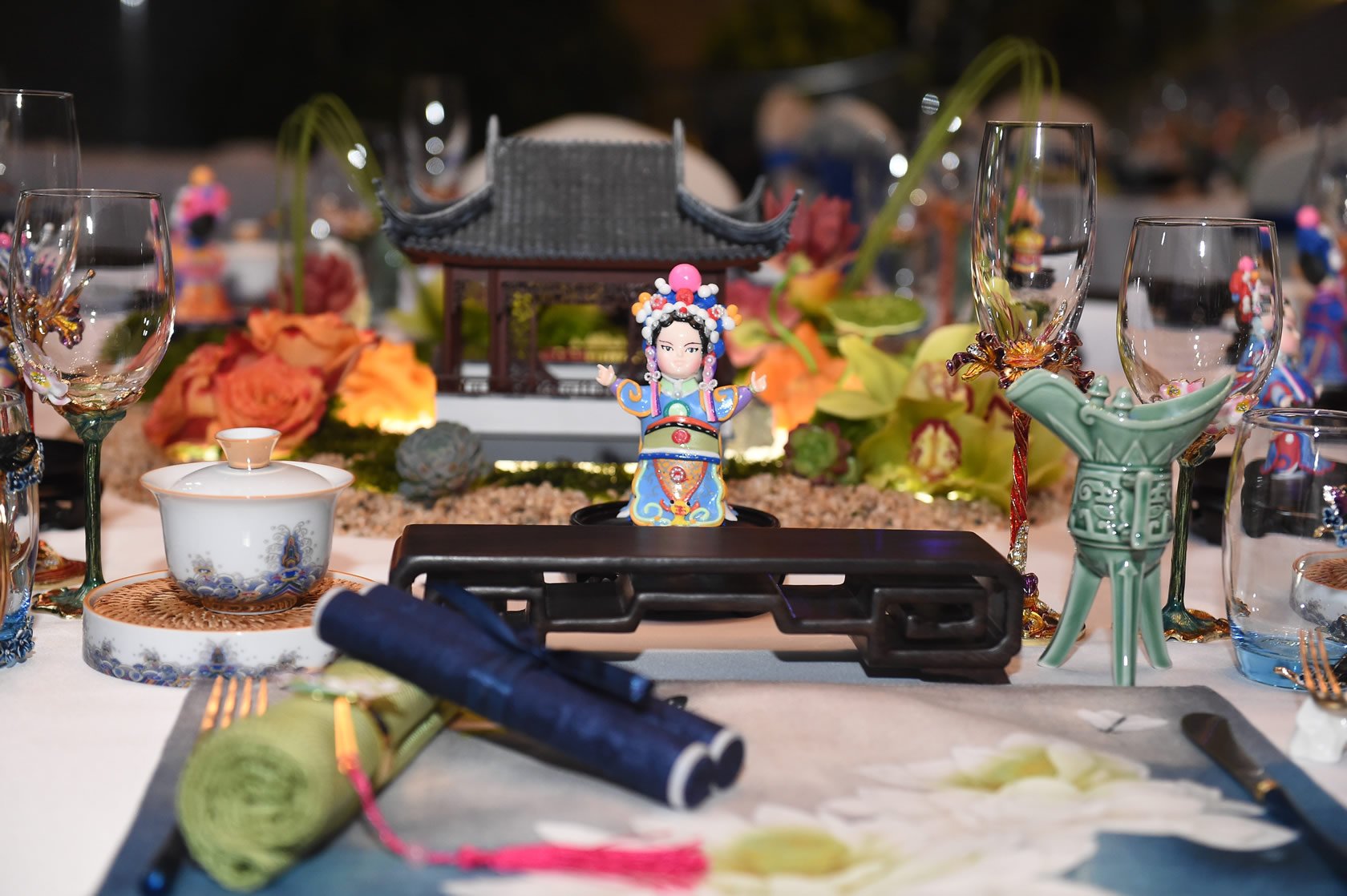 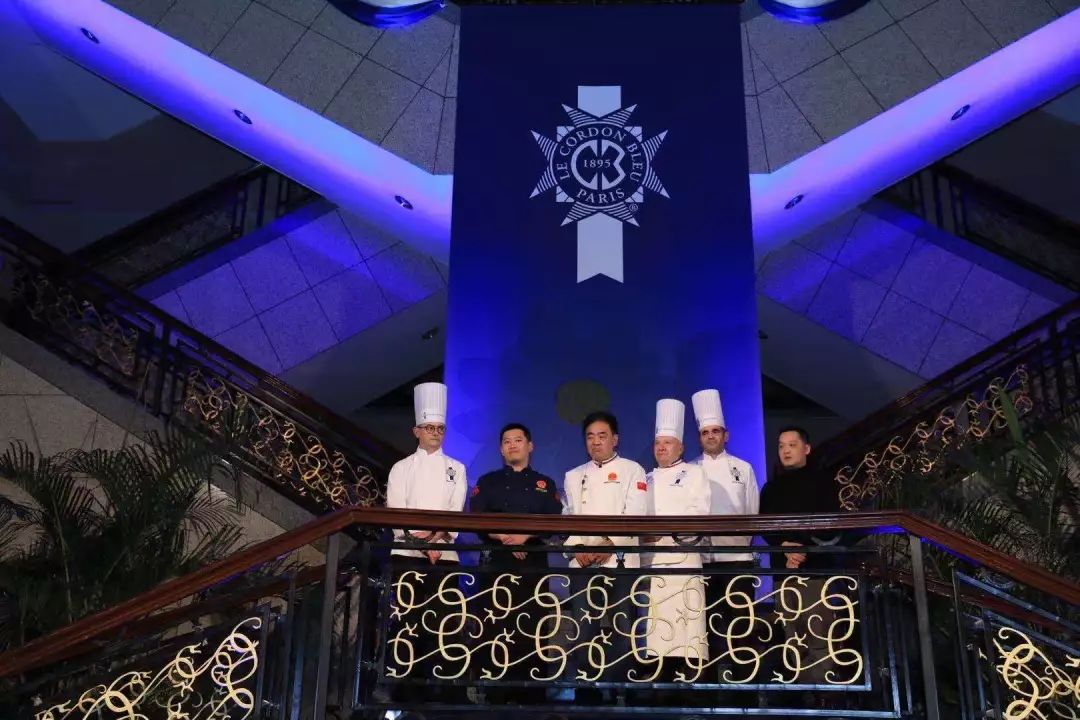 Mr. Andre Cointreau praised the evening to be an exceptional demonstration of the rich and profound Chinese culture. It showcased the wonderful union between Chinese and Western culture, especially between food cultures through Jiangnan dishes. The event was truly a magical evening of culinary mastery, newfound friendships and a promising future ahead. 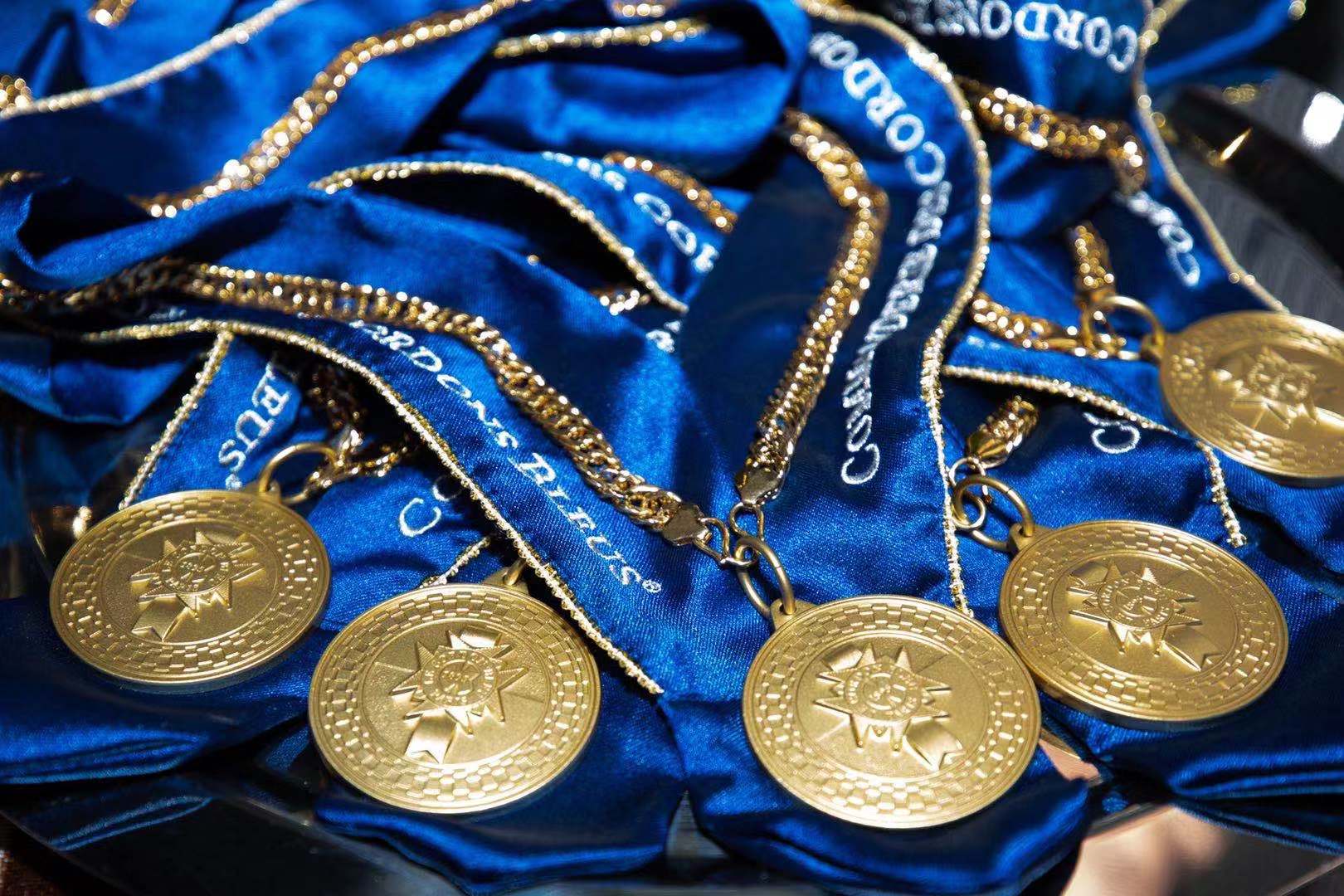 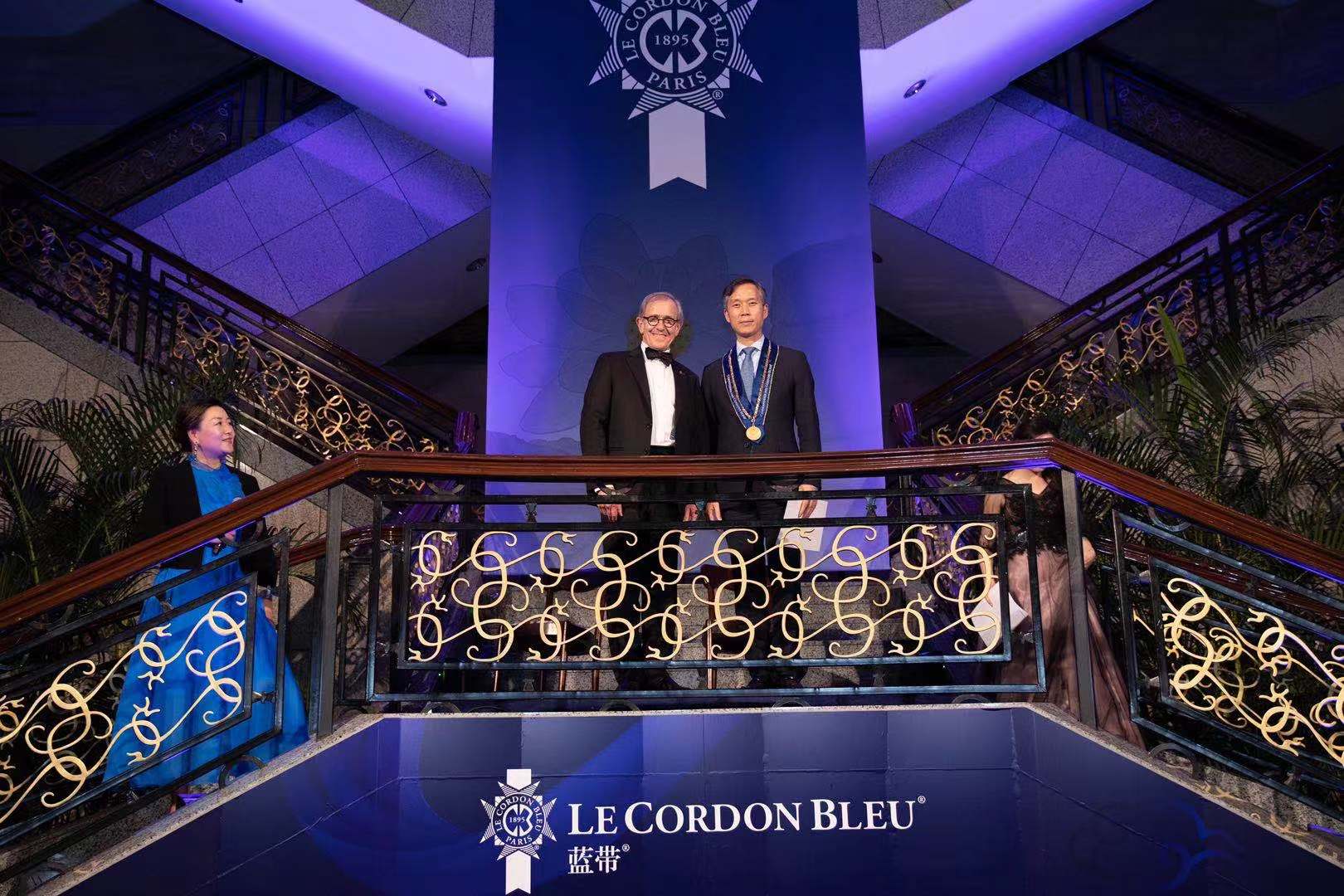 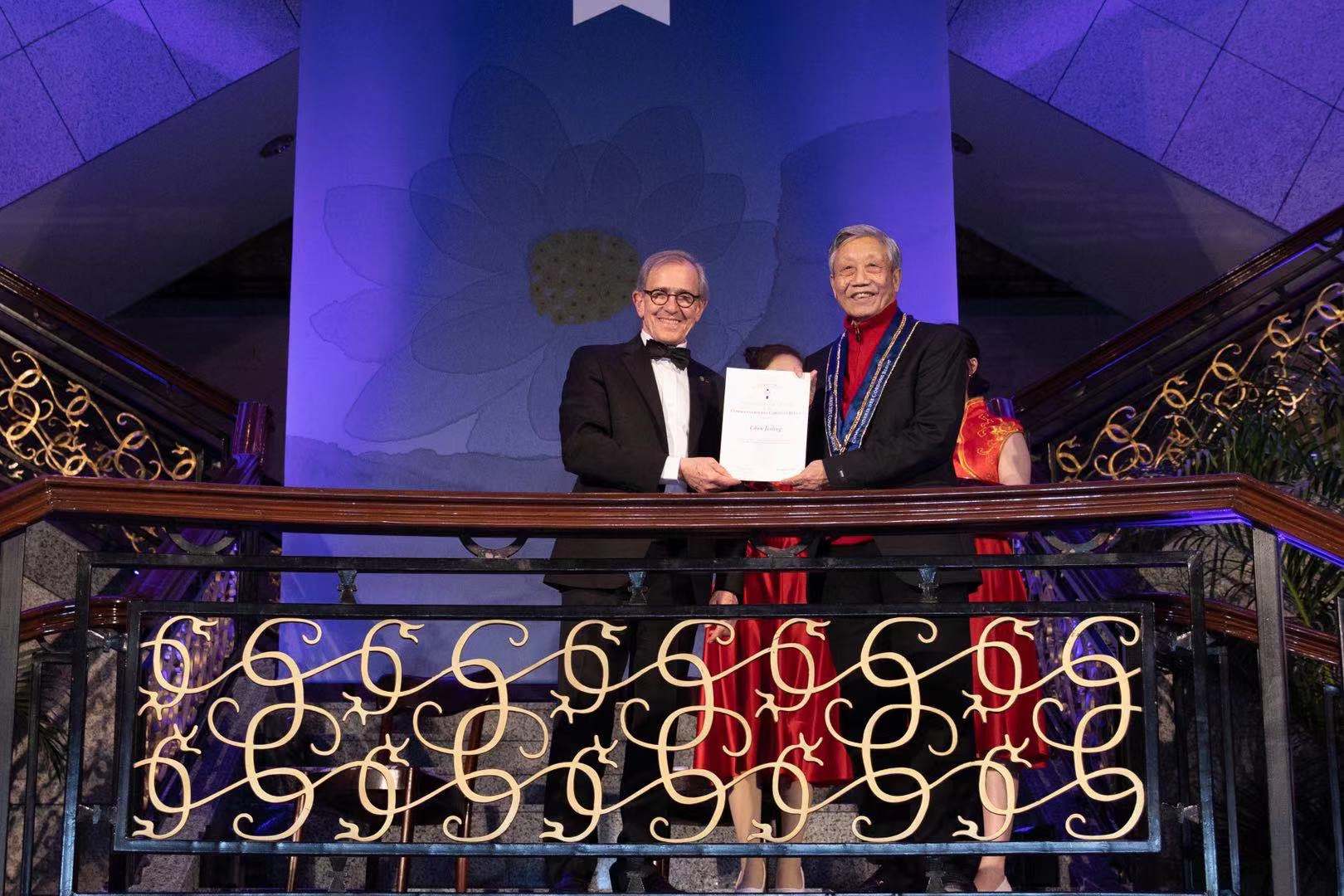 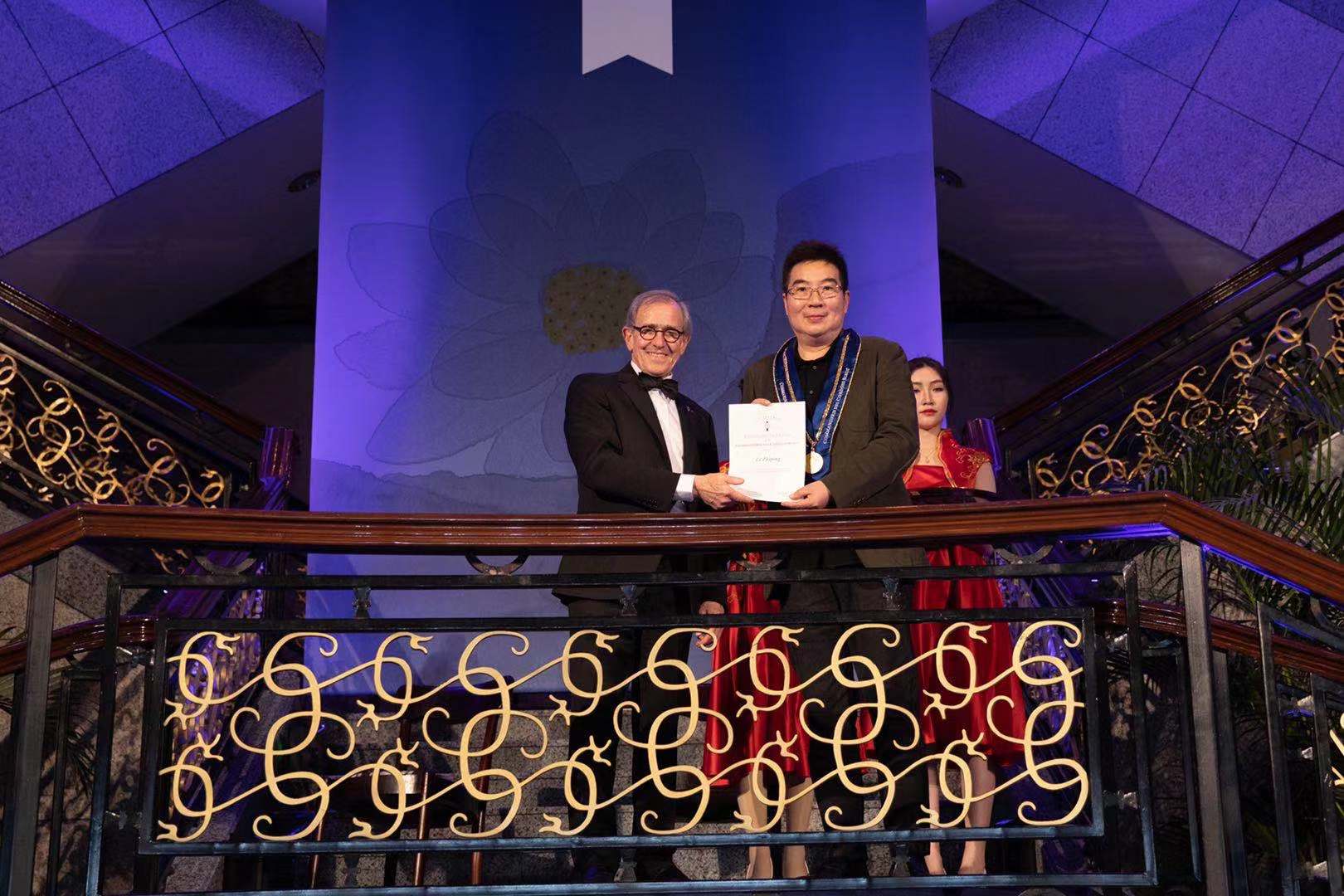 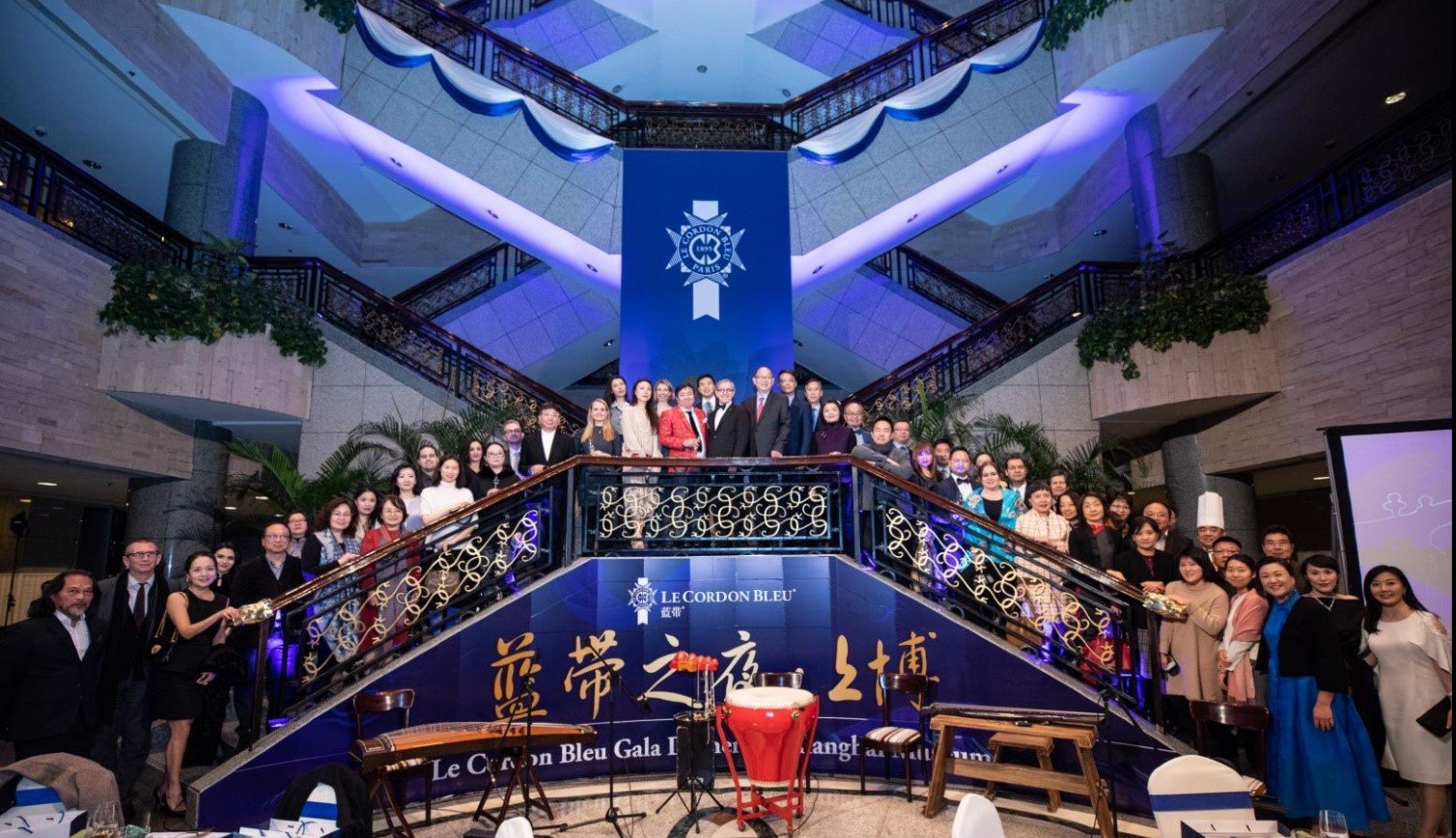