Kimchi in the spotlight at Le Cordon Bleu Paris institute 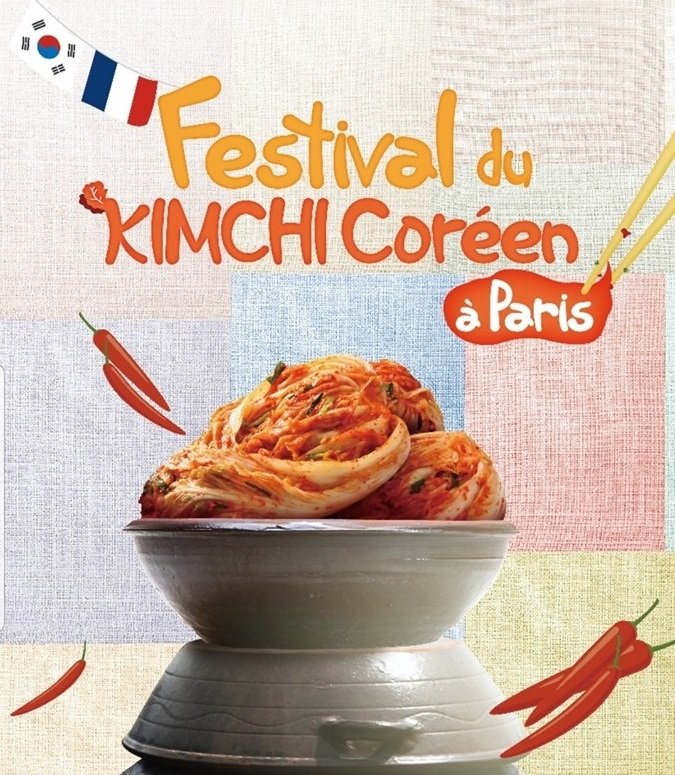 Paris, October 2019 – As part of the Kimchi Festival, which took place on Saturday 19 October at the 15th district’s town hall, the Mes amis Association organised a culinary competition in partnership with Le Cordon Bleu, the leading global network of culinary arts and hospitality management Institutes, based on a unique product: Kimchi.

The 10 finalists, who are all passionate about Korean cuisine, had an hour and a half in which to create an original recipe combining Kimchi and French products. They then presented it to a jury who were looking for evidence of tradition and techniques. Each participant had to include one of the following three types of kimchi: Poggi Kimchi, Baek Kimchi or Kaktugi in their dish. The pressure was on for the competitors at Le Cordon Bleu Paris institute on Thursday. Judged by a jury of professionals, they were graded on aesthetics, taste and technique.

The lucky winner was announced at the Kimchi Festival opening ceremony, on 19 October 2019, in the presence of Mr. Philippe Goujon, mayor of the 15th district. Homayoun Hamidi was awarded the “Kimchi in the spotlight” cooking competition gold medal by Chef Fabrice Danniel, Culinary Arts Deputy Director and Operations Director, and Chef Olivier Guyon, Chef Instructor, in front of visitors who were keen to discover Korean culture.

This event is perfectly in line with the mission of Le Cordon Bleu: teaching students the means and techniques with which to showcase the culinary heritage of their home country. Korea was already showcased in 2005, when the Korea Agricultural Trade and Information Center (KATIC) asked Le Cordon Bleu to create a book of modern kimchi recipes using traditional and classic French techniques. Currently, the teams at the Parisian Institute are developing a new programme, for the latter part of 2020, which will focus on 4 types of Asian cuisine: Japanese, Chinese, Thai and Korean.

Kimchi is one of Korea’s oldest and most representative products. It is completely natural, low in calories, packed full of flavour with a delicate taste and also has excellent nutritional value. Kimchi’s secret lies in the fermentation of the lactic acid it contains, which is four times higher than that found in yoghurt. Originally, kimchi was made in order to preserve vegetables during winter. Throughout the centuries, the product has evolved to include varieties such as Chinese cabbage, daikon radish, chillies, fermented seafood etc. Today, there are around 300 types of kimchi, some of which combine spicy, savoury, sweet and fresh elements.