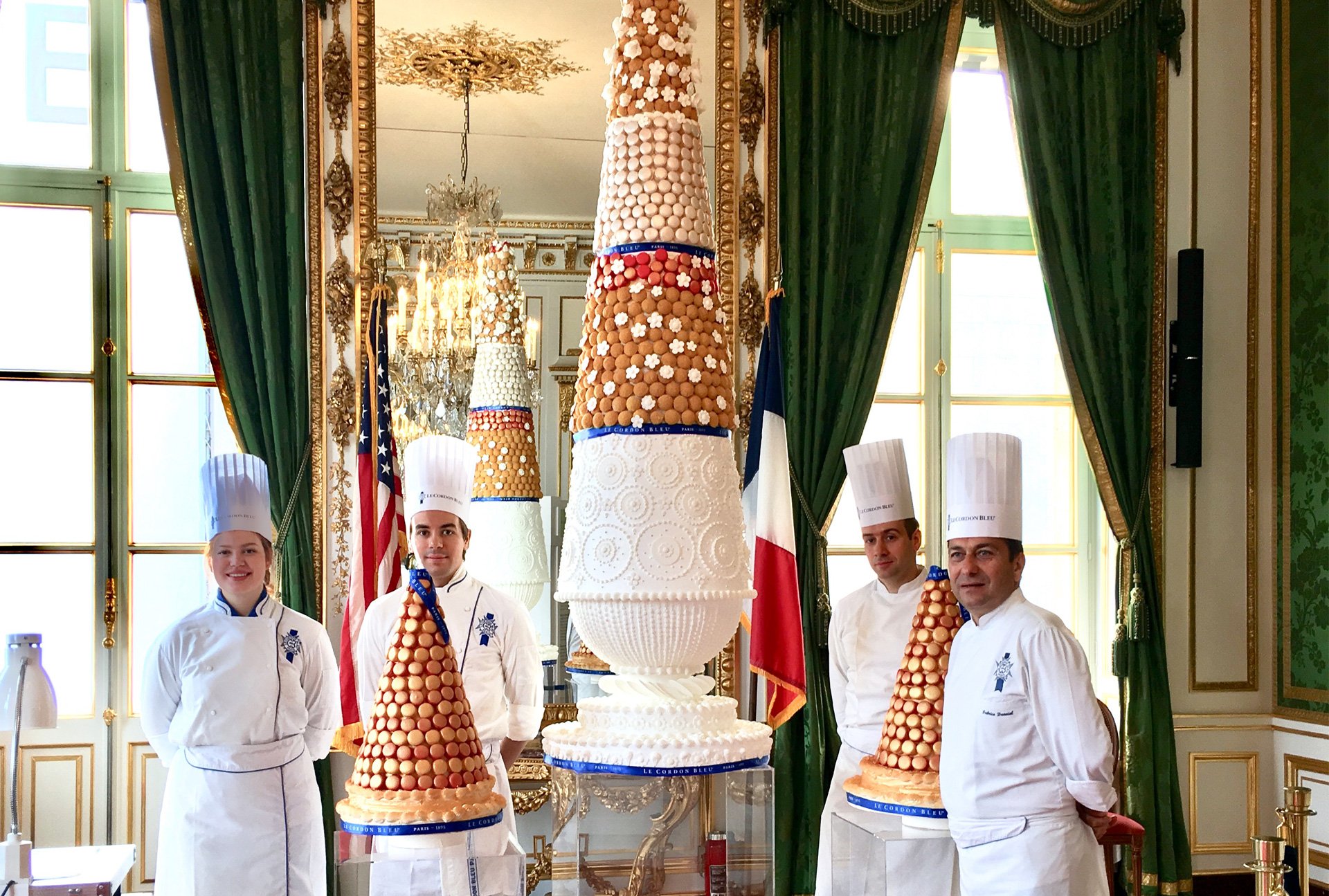 Paris, 12 September 2019 – Le Cordon Bleu Paris celebrates its friendship with the United States during the 36th European Heritage Days. To mark this special event, the Parisian Institute’s team of Pastry Chefs will showcase its talent on Sunday 22 September, from 10 a.m. to 5 p.m., at the Hôtel de Talleyrand - Georges C. Marshall Center.

This year, the United States Embassy is opening the doors of the Georges C. Marshall Center. Better known as the Hôtel de Talleyrand, this emblematic building, which is steeped in history, became the property of the government of the United States of America in 1950. It was the workplace of Paul Child, a diplomat, but above all husband of the famous Julia Child, who was a Le Cordon Bleu Paris institute student in 1951. The first woman to introduce the techniques taught at the Institute to American television, she ignited the interest of American people in French gastronomy. An icon for an entire generation, she still inspires many to enter the culinary field today. Le Cordon Bleu continues to welcome many American students who, this year, are the third largest nationality represented at the Institute.

Julia Child is a shining example of the role Le Cordon Bleu institute has played for over 120 years: helping to promote French culture around the globe and providing students with the means and techniques with which to showcase the culinary heritage of their home country.

Le Cordon Bleu institute team of pastry Chefs has demonstrated its expertise with the creation of a pyramidal piece-montée, measuring 2.5 metres high, to mark the occasion. The piece-montée was inspired by the creations of famous pastry chef, Antonin Carême (1784-1833), who was chef to Charles Maurice de Talleyrand-Périgord, amongst others.
Made from edible ingredients, it combines royal icing, macarons, white pastillage, choux buns and pulled sugar. This breathtaking construction illustrates the excellence and expertise of the Institute’s pastry Chefs who, today, continue to teach their students the same techniques of this ingenious pastry chef, who was passionate about architecture.

During the event, the Institute’s team of Chefs also invites all visitors to come and discover their pastry tips for creating sugar decorations, during demonstrations by Chef Instructor Emanuele Martelli.

Photos from the event

On 14 September, Le Cordon Bleu Paris was honoured to welcome Julien Duboué, Chef and restaurateur for a demonstration where he introduced students to his ...

Le Cordon Bleu Paris offers the Professional Immersion programme to enable its students to be as well prepared as possible for the reality of the professional ...

Over the past 10 years, the goal of the Wine and Management programme has been to turn a passion for the world of wine into a profession. It trains future ...