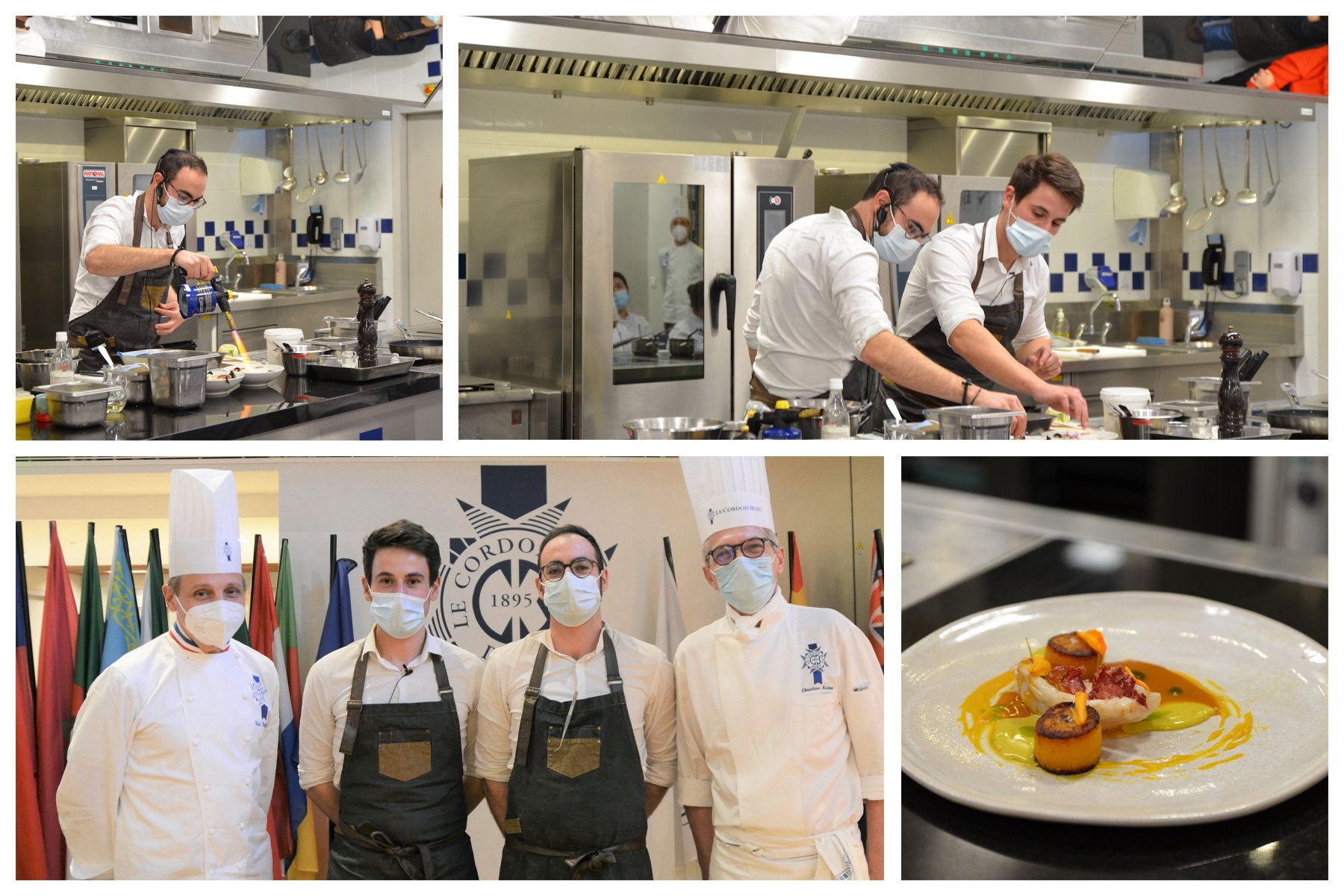 Chefs Baptiste Bouland and Matan Zaken have shaken up the codes of gastronomy by creating Nhomade and transforming a meal into an experience. Their concept? Providing turnkey gastronomic dinners in unique locations, such as art galleries, museums, and artists’ studios.

Baptiste and Matan first met in the kitchens of three Michelin-starred Parisian restaurant Le Cinq. Baptiste experiments with liquid nitrogen, whilst Matan aims to elevate vegetables to a whole new level without destroying their true nature. Baptiste is a scientist. His boundless creativity saw him swap chemistry laboratories for a prestigious cuisine school. Matan, of Franco-Israeli nationality, earned his stripes in Michelin-starred restaurants in London and Paris. His cuisine is bursting with flavours from both nature and his travels.

More than just a concept, they share their passion for modern and unique cuisine. Raw ingredients elevated to new heights, interesting textures, and unique pairings. Everything is meticulously planned to provide an explosion of flavours, colours, ingredients, and contrasts on every plate.

During the demonstration, the Chefs showcased their culinary talent with two recipes:

This gastronomic extravaganza also provided the opportunity to discuss their vision of cuisine and share their expertise and techniques with the next generation of Chefs.