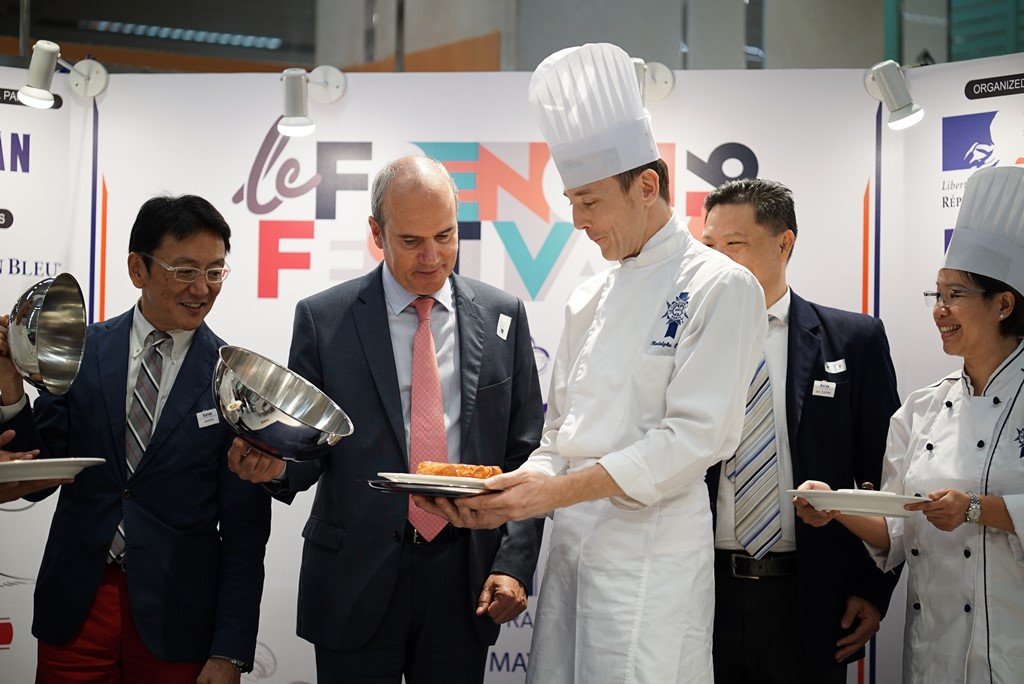 Business France has invited Le cordon Bleu Malaysia to participate in the second edition of “Bonjour France – A Taste of France” an event to promote French Products with special feature from Brittany Region. Le Cordon Bleu sponsored canapés  for all the four launches of the participating retail gourmet stores with the help of Alumni. Over the period of the promotion Chefs and Alumni had participated in cooking demonstrations at all retail gourmet stores as follows:-.