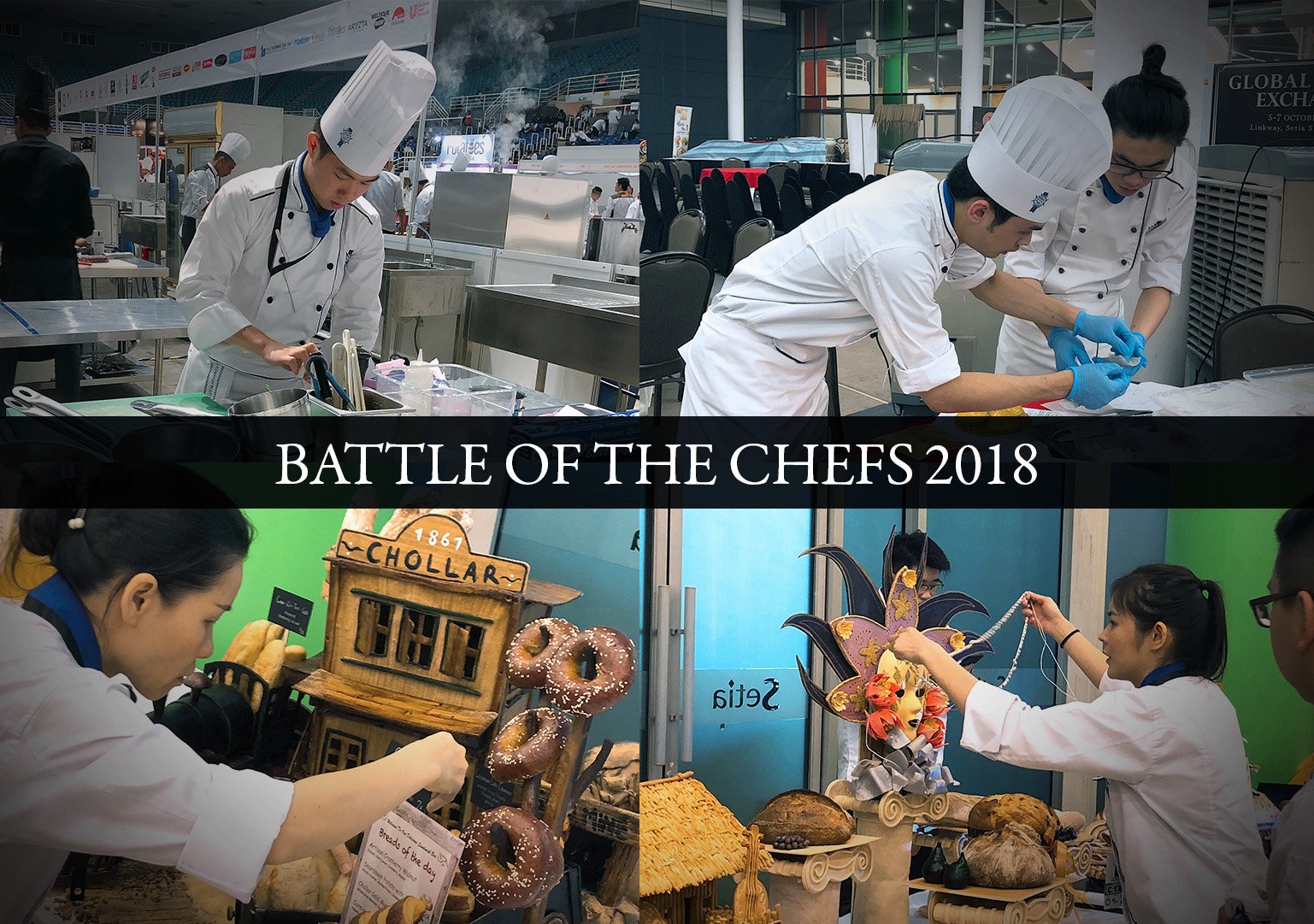 Organised by the Penang Chef’s Association, the biennial 17th edition of the Battle of the Chefs 2018, which is recognized as a “5 Star” event of the Penang State and is endorsed by the World Chefs Association of Chef’s societies WACS as a Continental Category Event for the consecutive 6 editions took place from 5th to 7th October. The Panel of Distinguished International judges selected from the pool of WACs approved judges came to judge more than 1,500 chefs to battle out for recognition and vying for the various top honors during the 3 days of intense competition. These chefs were from 140 different organisations originates in 32 countries to compete in 65 categories of culinary competition classes. On the local front chefs came from 11 Malaysian States to test their skills.

Our team of 6 six chefs were involved in training them for this competition for the past 2 months were indeed happy with the results which inevitably proved the high standards they deliver to impart culinary skills.

For details of full time programs, short courses and workshops please visit our website at https://www.cordonbleu.edu/malaysia/home/en