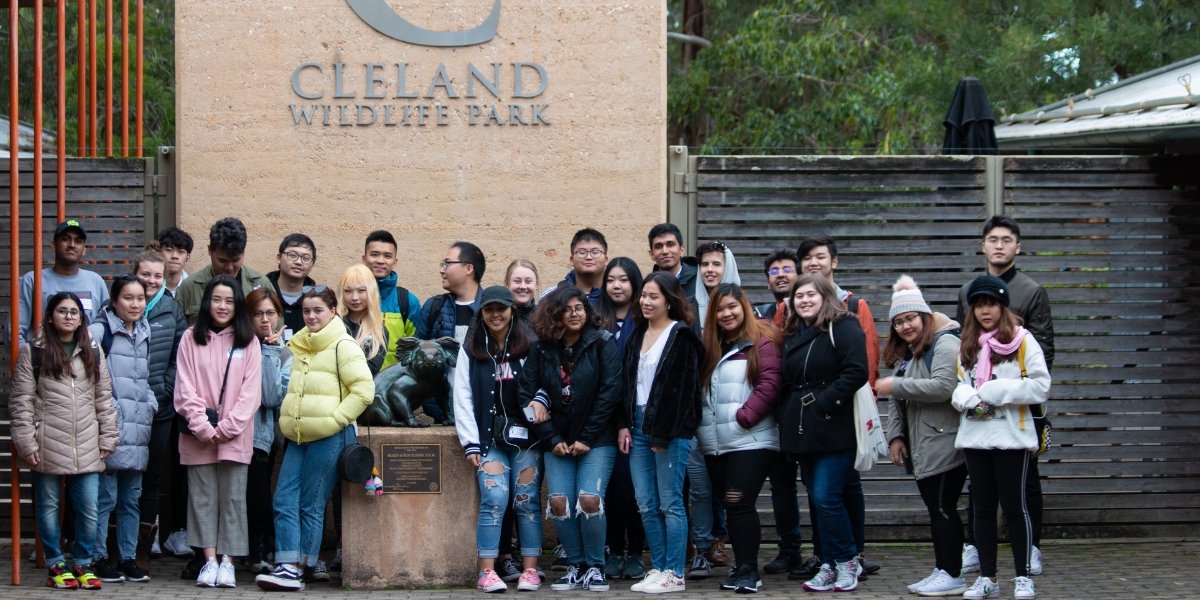 Our Sydney, Melbourne, Adelaide, and Brisbane campuses have welcomed our new students with some fun and exciting field trips as a way to get to know one another before the real work begins!

The first field trip underway was on Friday the 5th of July in Sydney. A group of 45 students were transported to Sydney’s widely renowned Taronga Zoo. Here they were treated to a guided tour and then a private picnic on the grounds, which offers stunning panoramic views of the iconic Darling Harbour. After lunch students were given a passport for their very own Amazing Race! Teams were challenged to a scavenger hunt, making specific “pit stops”, fulfilling challenges, and gathering clues, before one team was crowned the ultimate winners!
Adelaide and Brisbane were next on the field trip schedule, both holding their respective excursions on the same day, Wednesday 10th July, where the weather could not have been more different!

Le Cordon Bleu Adelaide treated new students to a day out in the beautiful Adelaide Hills. It was a wintery, chilly day, but they managed to keep one step ahead of the impending rain. The group was collected by bus and taken to Cleland Wildlife Park where they enjoyed an informative guided tour and it was possible to see over 120 native Australia animal species including kangaroos, emus, koalas and more. Next stop was lunch in Hanhdorf, where students enjoyed plenty of pizza - a warm welcome on this winter’s day! Following lunch there was some free time to stroll around and explore one of South Australia’s most popular towns and enjoy its charm. While many visitors come to Hahndorf to get a glimpse of the past as Australia’s oldest surviving German settlement, Hahndorf is increasingly acknowledged for the modern and generally trendy place to wine and dine, or to just hang out with friends.

In Brisbane, where the sun was shining and there was not an umbrella in sight, students were taken down to the Gold Coast to one of Australia’s premier theme parks, Sea World Resort. Sea World is a marine mammal park, oceanarium, and theme park. It includes rides, animal exhibits and other attractions, and it promotes conservation through education and the rescue and rehabilitation of sick, injured or orphaned wildlife. Here students were privileged to receive a welcome from the Sea World General Manager, Sanjay Bhatia, followed by an exclusive front and back of house tour of the resort.

Last by not least, it was Le Cordon Bleu Melbourne’s turn, hosting their field trip to Moonlit Sanctuary. Located 50 mins south-east of central Melbourne, at the top of the Mornington Peninsula, this wildlife park is home to Kangaroos, Wallabies, koalas, and other Australian Fauna. Much like the Le Cordon Bleu Sydney field trip, students were treated to a private tour, followed by lunch, and then challenged in another Le Cordon Bleu Amazing Race!

The field trips are a big hit with our new cohorts, and a fabulous introduction to what each region has to offer. Always a fun day out for staff and students alike, and often the starting point of long-lasting friendships.


To our new students we say bonne chance with your studies at Le Cordon Bleu!