A desire for challenge 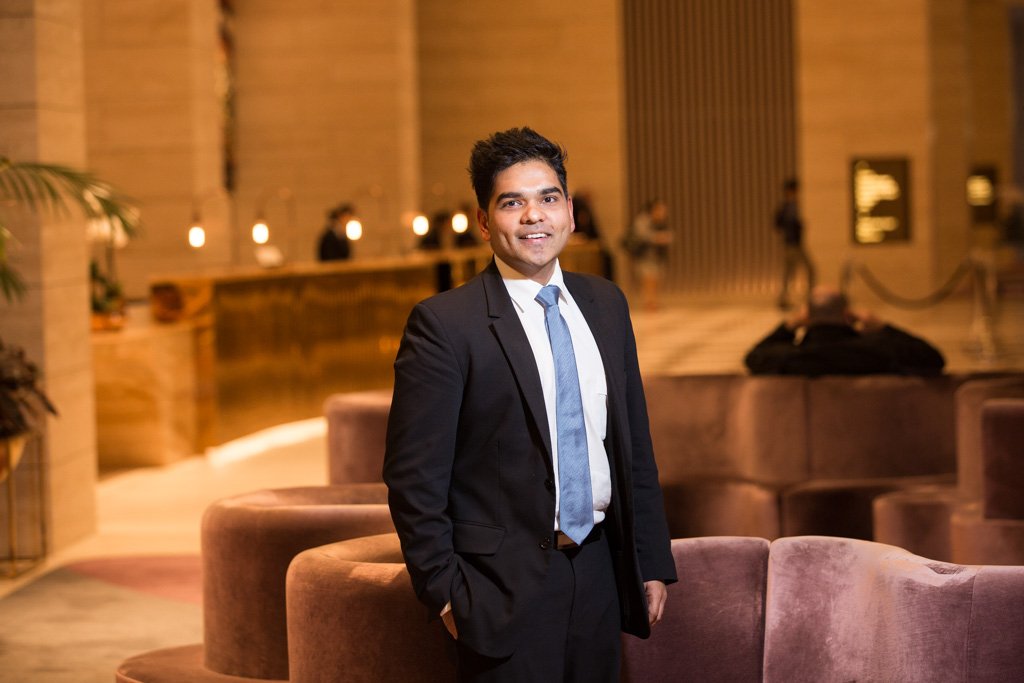 Shree Tatwadi is a driven Le Cordon Bleu alumnus whose passion for food and beverage has led him to his current job as Banquet Manager - Events & Conferences at luxury five-star hotel Crown Resorts in Perth.

Since graduating from Le Cordon Bleu with a Bachelor of Business (Restaurant and Catering) in 2008, Shree has achieved every goal. “Hard work and passion are the key factors for success in the hospitality industry. Long hours with early starts and late finishes are common in events, so you want to love what you do.”

In the first six months, he worked across all departments, then specialised for six months in the Food and Beverage Department. In final months of his Traineeship, he was given an opportunity to run Banquet Operations under the mentorship of their F&B Manager, where he first discovered a passion for events. After completing his management traineeship, he was offered the role of Banquet Manager for the luxury hotel.

Following his Le Cordon Bleu Industry Placement (Work Integrated Learning), Shree felt more confident, personally and professionally. “I gained so much confidence and felt more at ease working and socialising in Australia after my industry placement. It was a transformational experience.”

Shree delights in the challenge of his current role as Banquet Manager (Events & Conferences) at five-star luxury hotel Crown Resorts in Perth.

Managing a successful event is exciting, there’s an adrenaline rush and the thrill of the unknown.

As second-in-charge of operations in the Events & Conferences department, he oversees a management team of 10, and has 180 staff directly reporting to him. “One of my memorable achievements is a charity event called Perth’s Longest Lunch, a 7-course seated lunch for 800 guests with 8 hours of service matching wines with every course. I am also proud to manage regular events for high-profile clients such as Liberal National party, West Coast Eagles and Freemantle Dockers.”

Shree offers the following advice to hospitality graduates: “Learn everything you can about the industry and get the basics right. Customers want personalised service, find out what they want. If you are in Food & Beverage in Australia you need to know about wine, people are more educated today about food and wine and they expect more as a result.”

Having lived, studied and worked in Australia for 11 years, Shree now calls Australia home. Becoming an Australian citizen in 2011 was one of his proudest moments.

In the longer term, Shree will head towards an Operations Manager role for a five-star hotel. As a dedicated, hard-working Le Cordon Bleu alumnus, his passion for the industry will take him there.