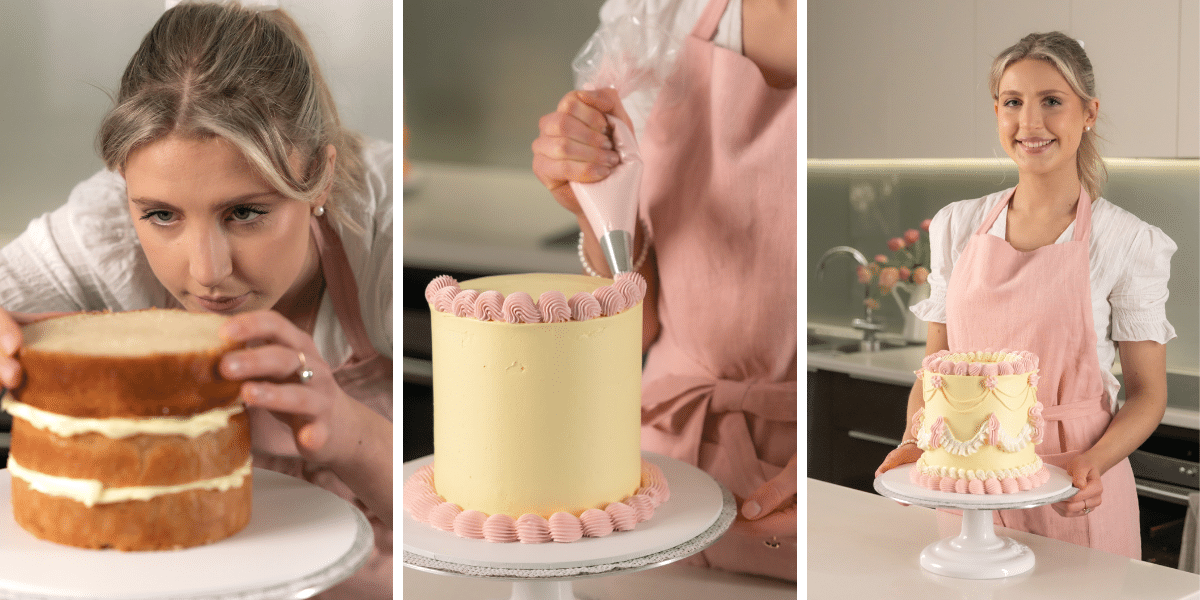 As a little girl, Sophie Cox took any chance to jump in the kitchen with her mum and bake cakes for friends and family. Creating sweet treats was a passion they shared, so it was only natural that she had a hunger to learn more about the artform as she grew older.

When deciding what to do after high school, there was only one profession that stood out in her mind. After hearing about Le Cordon Bleu at a career expo, that cemented her decision to pursue her passion for patisserie.

Soon enough she found herself enrolling in a Certificate III in Patisserie at Le Cordon Bleu’s Adelaide campus, where she discovered how to make croissants and macarons to layered cakes and gateux.

She says not only is Le Cordon Bleu’s Patisserie program about intricate, French desserts, but students also learn to prepare basic doughs and breads, plus discover the science behind French patisserie techniques.

“In my job now, when something goes wrong, I know where it’s gone wrong and I can fix that,” she says.

In 2019 Sophie successfully graduated from the program and landed her dream job as head pastry chef for Leabrook Bakehouse and Patisserie in Adelaide’s east. She works there full-time and on the side runs her own cake business, Sophie’s Sweets. With more than 5000 Instagram followers – and growing daily – Sophie has created a name for herself through social media and is regularly booked out months in advance.

She says without Le Cordon Bleu, she wouldn’t have had the knowledge and skills to succeed in such a competitive industry.

“At Le Cordon Bleu I really loved how supportive the staff were and how they really take their time and their resources to follow you and your journey and take you through the process,” she says.

“I chose Le Cordon Bleu because I was really interested in traveling and having that dual certificate was a really big benefit.

“I can have a qualification in Australia and work in Australia, and then in Paris with my French certificate.”

Be inspired by Sophie’s patisserie journey and watch her video below.