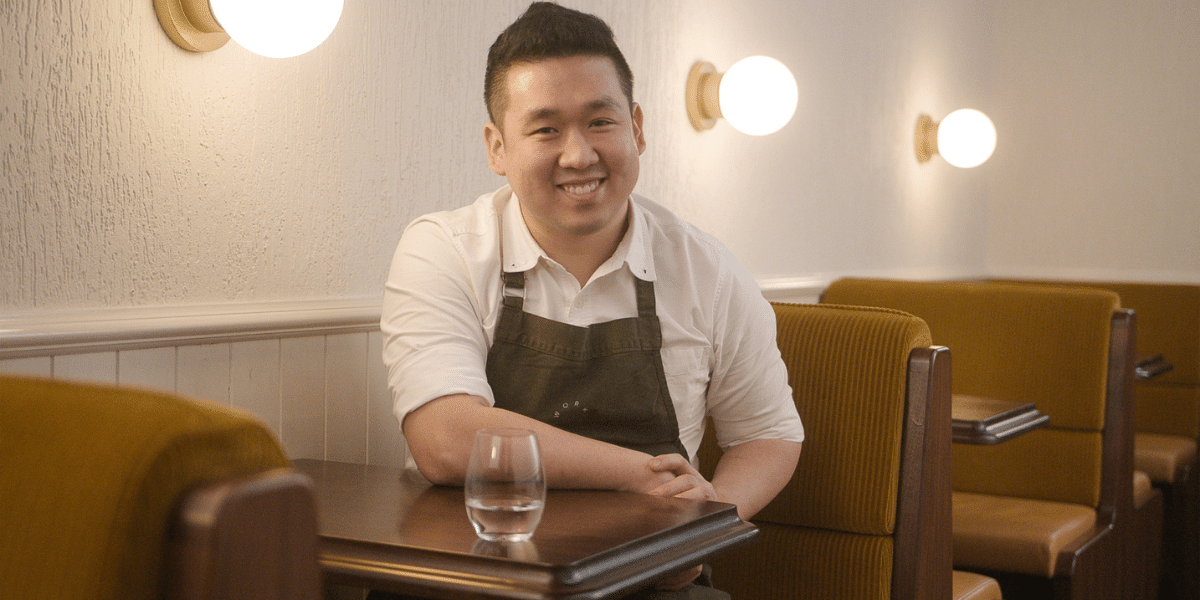 Kevin Oh admits he knew nothing about cooking before enroling at Le Cordon Bleu's Sydney institution. Now, the fully-fledged group head chef manages not one, but two restaurant kitchens in Sydney's Surry Hills. We got to know him as part of Le Cordon Bleu Australia's Alumni Video Series.

Growing up, Kevin Oh loved eating food more than he enjoyed cooking it.

“In Korea, it’s part of the culture to invite people over and cook food for them,” he says. “I really enjoyed going over to people’s houses and eating what they had prepared for me.”

It was the enjoyment of food and how it made people feel that sparked Kevin’s curiosity in the kitchen.

When he reached high school, he stumbled upon a book by famous Korean chef Edward Kwon, which cemented his decision on making a full-time career out of cooking.

“Soon after finishing the book, I knew I wanted to pursue my culinary career as soon as I graduated,” he says.

“My parents really encouraged me to take opportunities to achieve my dreams.

“Their support was crucial in my decision to apply for Le Cordon Bleu in Sydney and follow my goal of being a chef.”

There were many different cuisines that I could learn from Le Cordon Bleu. I learned not only skills that you use in the kitchen like chopping and cooking, but I also learnt a lot about business.

Upon arriving in Australia on his own at the ripe age of 18, Kevin was determined to try his hand at cooking by preparing his first ever meal – pasta with pre-made sauce and packet cheese.

“Looking back, it was a pretty sad meal, but I felt really proud making something of my own in a country where I was all by myself.”

Fast-forward to 2016 and Kevin graduated from Le Cordon Bleu Australia with an Advanced Diploma of Hospitality (Commercial Cookery).

Kevin has undoubtedly come a long way since plain pasta and supermarket sauce. He is now the group head chef for Jane restaurant and wine bar, as well as sister restaurant Arthur, both in Sydney’s Surry Hills.

Kevin is responsible for managing the kitchen and staff, as well as cooking and plating up exotic dishes such as kangaroo tartare with native bush tomato and shoestring fries.

We visited Jane restaurant and wine bar and watched Kevin in action. Watch the video below!

I would definitely say my current position, because the current role comes with a lot of responsibility and capability, and also the fact that someone trusted me to take on this role is very meaningful to me.

Working with people is definitely a challenge. It has always been a challenge to coordinate different personalities and ensure everyone works together seamlessly.

What makes the job and its difficulties worth it?

Because we work in an open kitchen at Jane, diners can easily come and say “it was delicious”, “thank you” or “i’ll come again”. This positive feedback is worth it.

What’s one piece of advice you can give to people who are looking to enter the hospitality world?

I want them to know the reality of the actual job. There are a lot of challenges, a lot of high pressure in the kitchen, but at the same time it's a very rewarding job.

What do you love most about the hospitality industry?

I think it’s a special talent to be able to serve someone a meal. I think the industry is really meaningful in that way.

Why did you choose to study at Le Cordon Bleu Australia?

There were many different cuisines that I could learn from Le Cordon Bleu. I learned not only skills that you use in the kitchen like chopping and cooking, but I also learnt a lot about business.

I chose Le Cordon Bleu Australia because I knew they had high standards and a reputation, and they also had great chefs to teach me.

Where do you see yourself in 10 years?

In 10 years I would like to be teaching students and helping young chefs. I have worked with some Le Cordon Bleu students and apprentices in the past and really felt a sense of achievement from helping them grow.