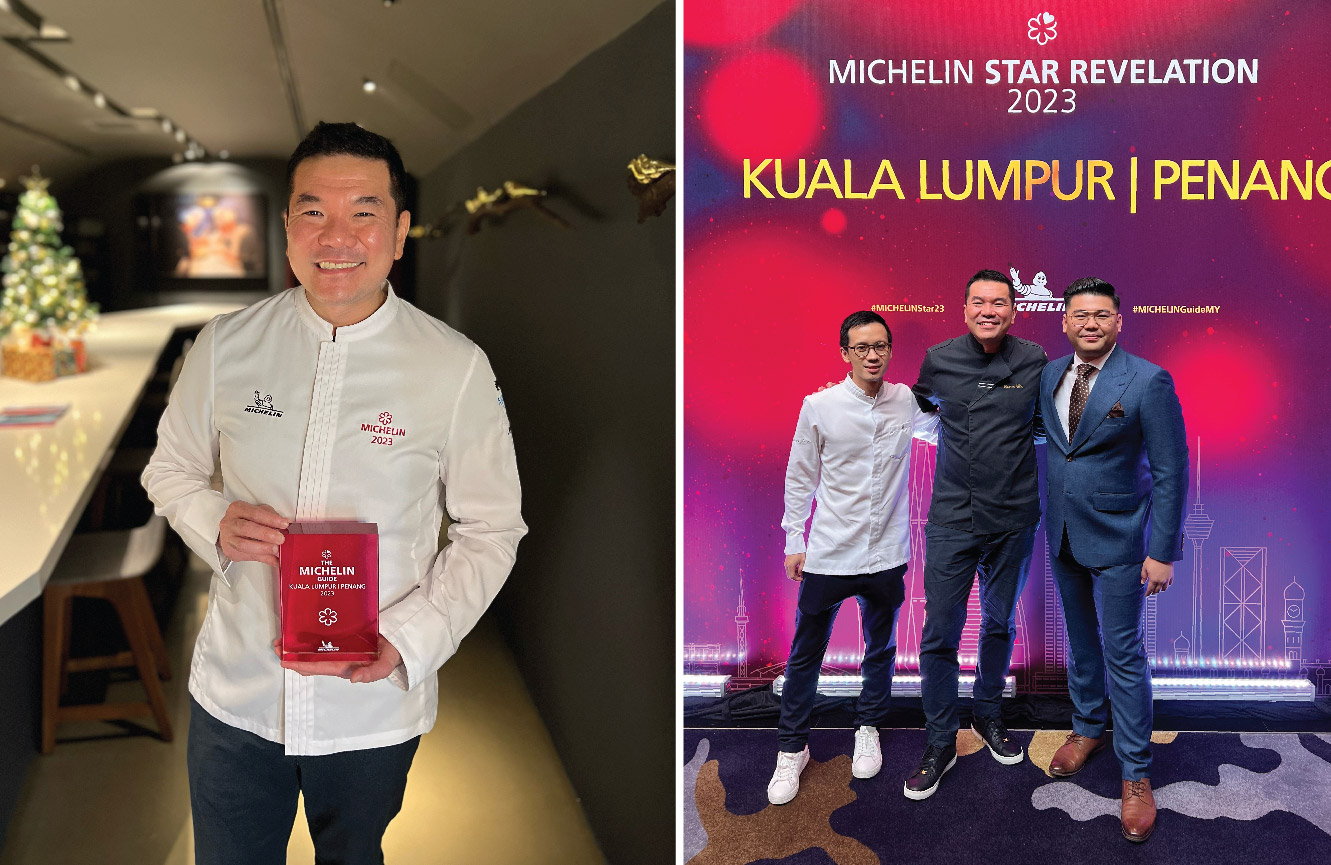 Two KL restaurants recognised with one Michelin Star for their high-quality cooking and one of which was given to DC by Darren Chin, known for French classics with an emphasis on regional live seafood and local produce. Chef Darren Chin is the proud Alumnus of Le Cordon Bleu Paris.

“It was a lot of hard work put in when I started DC restaurant after graduating from Le Cordon Bleu and its took us 9 years to finally achieve this remarkable award. It is a real milestone for gastronomy in Malaysia to have the Michelin Guide, and special thanks must go to my team and beautiful wife Nana," said Chef Darren Chin, whose restaurant also earned the Sommelier Special Award.

He attributed his success to the training he received  from Le Cordon Bleu Paris under the watchful eyes of the Chefs and to working in Paris where over the 3 years he had gained much insight from Culinary Masters. He had 2 other restaurants under his wings - Bref and Gai by Darren Chin both selected as restaurants in the Michelin Guide 2023.

Communal Table by Gen owned and operated by Chef Johnson Wong, an Alumnus of Le Cordon Bleu Sydney, received the BIB Gourmand award  (one of the 17 recipient restaurants in Penang). This award recognizes friendly establishments that serve good food at moderate prices. Communal Table by Gen is helmed by young chefs whom Johnson trains and supervises.

Congratulations to 2 of our Alumni and we look forward to more of our Malaysian alumni receiving more Stars in the near future.

The Michelin Guide dates back to 1900. Brothers Andre and Edouard Michelin initiated the free instructional material for travellers in France. By 1926, the guide began awarding single stars to fine-dining restaurants.

Three stars awards - With three as the highest ranking.