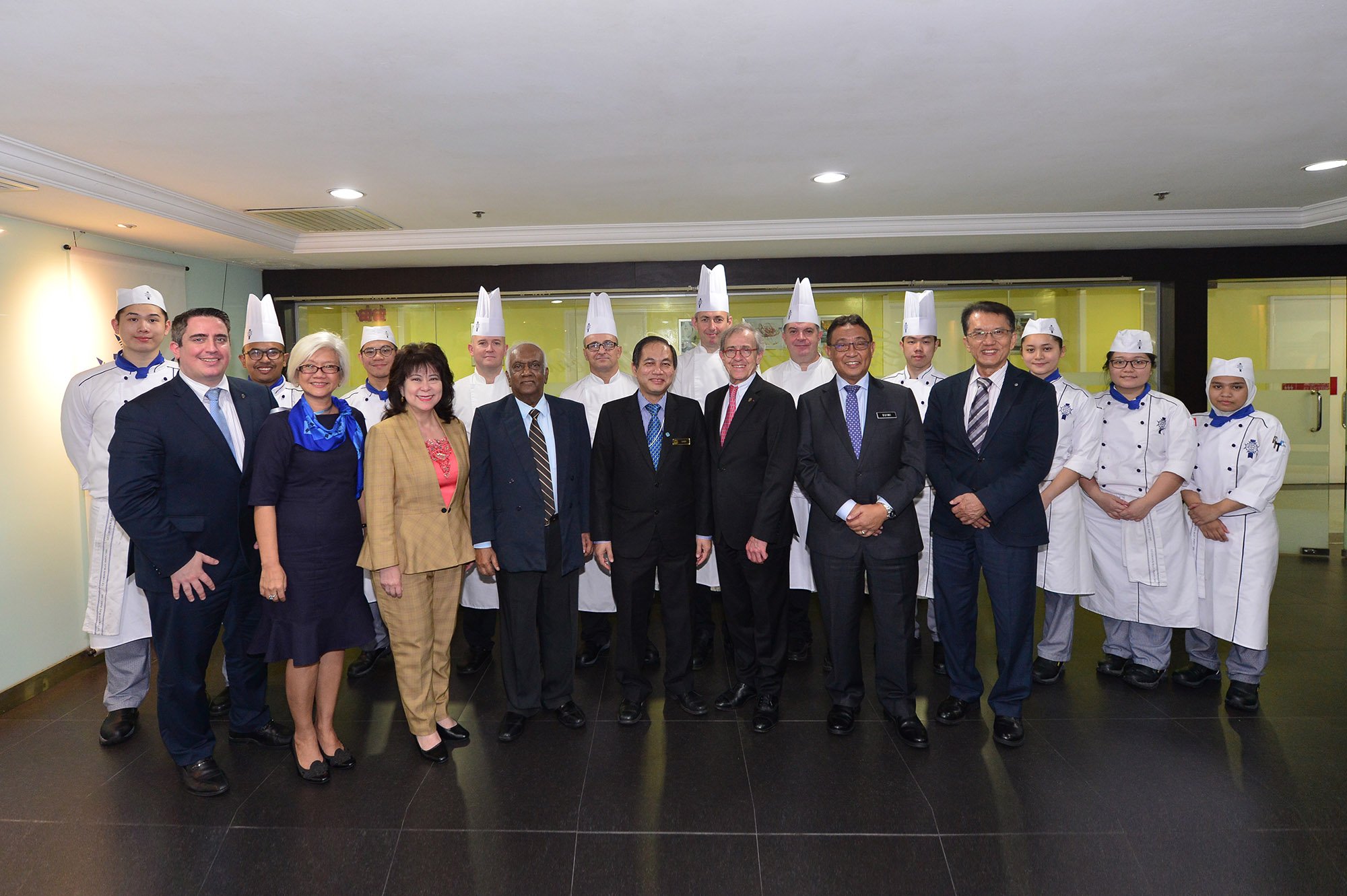 Sunway le Cordon Bleu has been accredited by the Department of Skill of the Ministry of Human Resources as training centre under the National Dual Training System to deliver professional training in the Culinary Discipline - The first ever to be given to a culinary fraternity in Malaysia. In a simple ceremony the accreditation certificate was handed over to Our President and CEO Mr Andre Cointreau by the Secretary General of Human Resources, Yang Berbahagia Dato’ Amir Bin Omar and witnessed by Mr. Suimi Abd Majid, Deputy Director General (Development)Department of Skills Development Ministry of Human Resources.

The VVips were then taken for a tour of our state of Art facilities and had a hands on experience with Le Cordon Bleu Master Chefs to decorate a sable, a traditional French cookie with a piping bag.

The ceremony ended with a sumptuous lunch presented by Chefs of Le Cordon bleu which showcased dishes using Malaysian Ingredients prepared with French Techniques such as the Quail stuffed with D24 Durian as the main course. We look forward to launch the first cohort later in 2019. 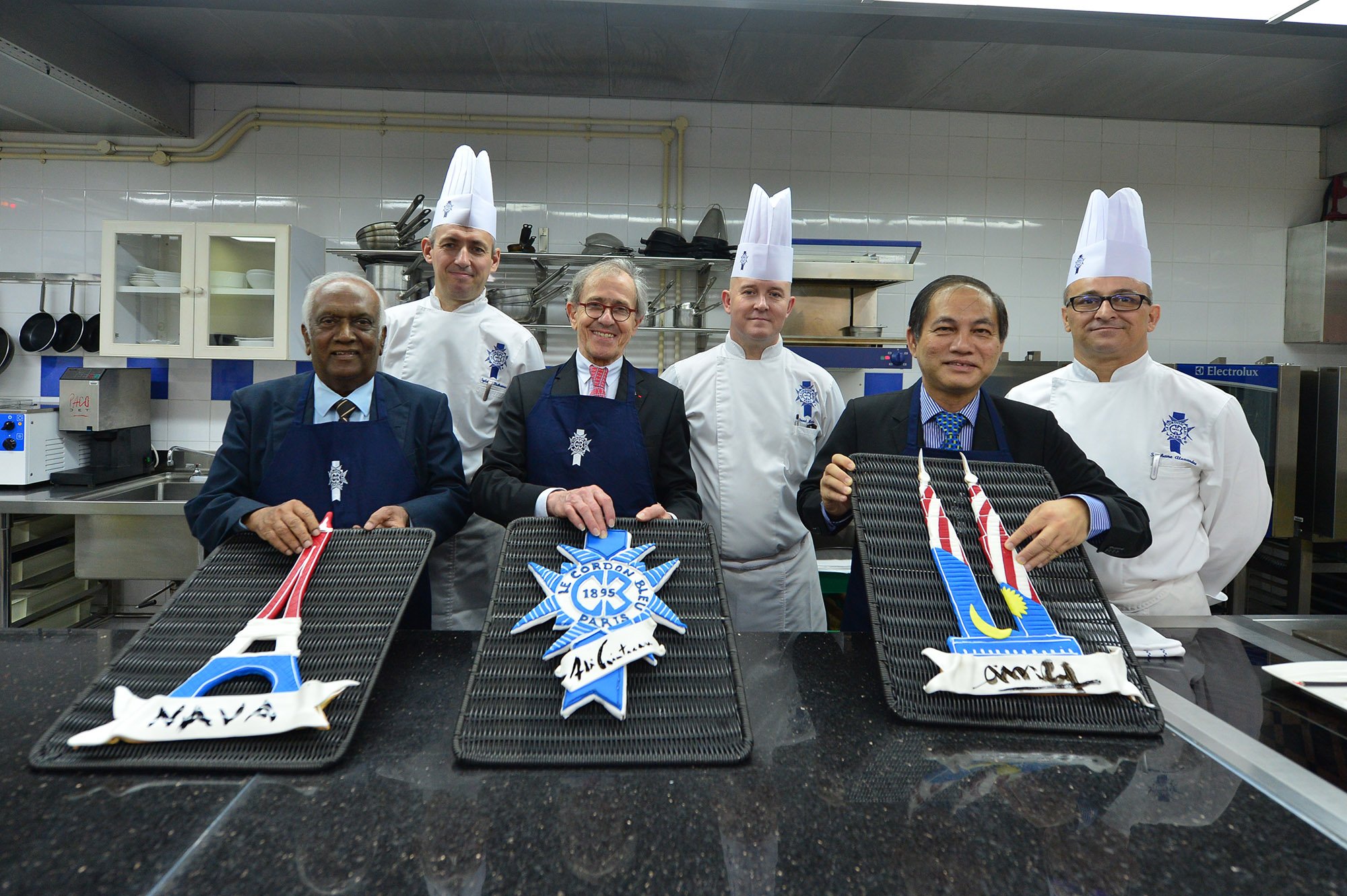 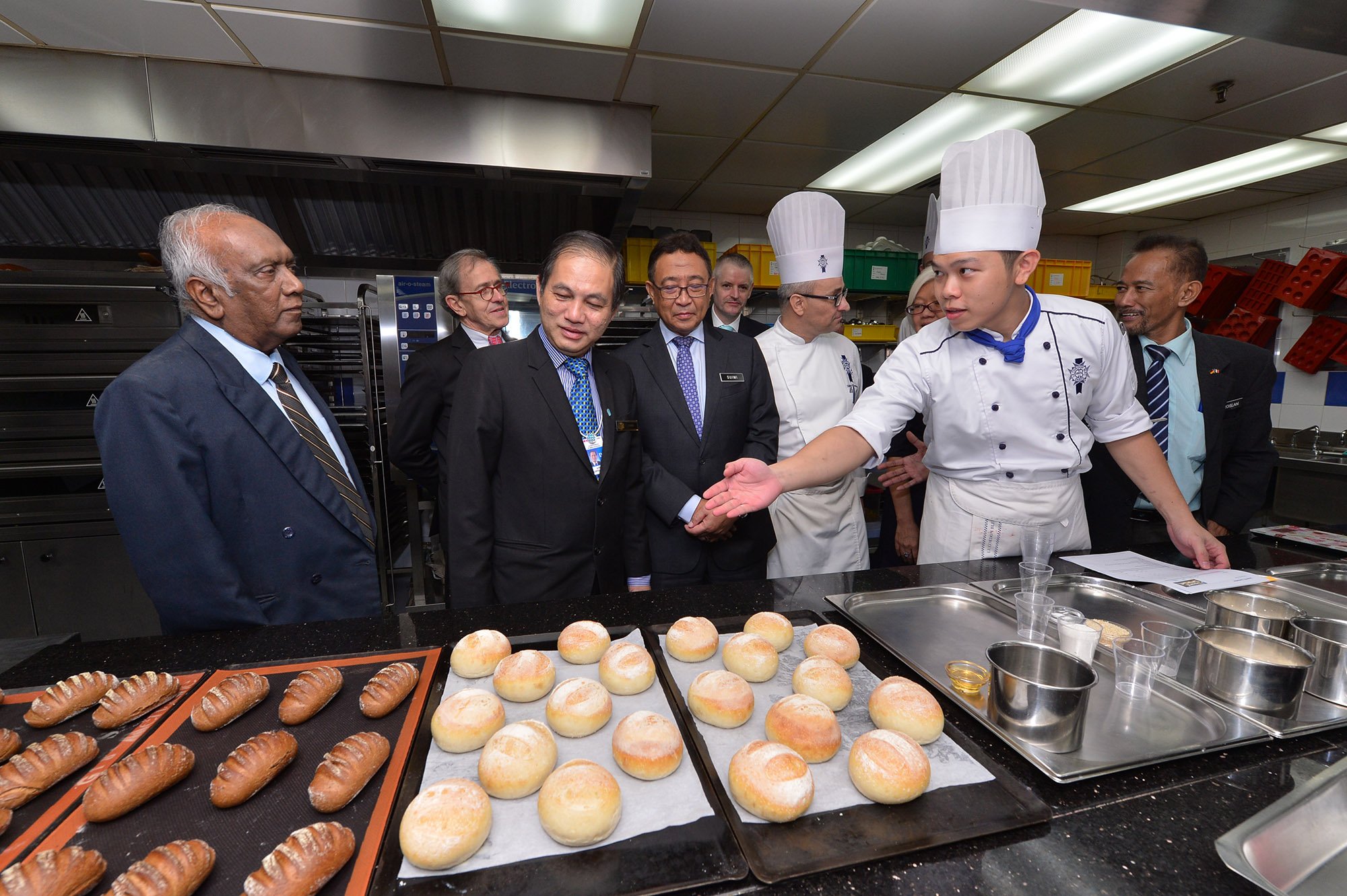