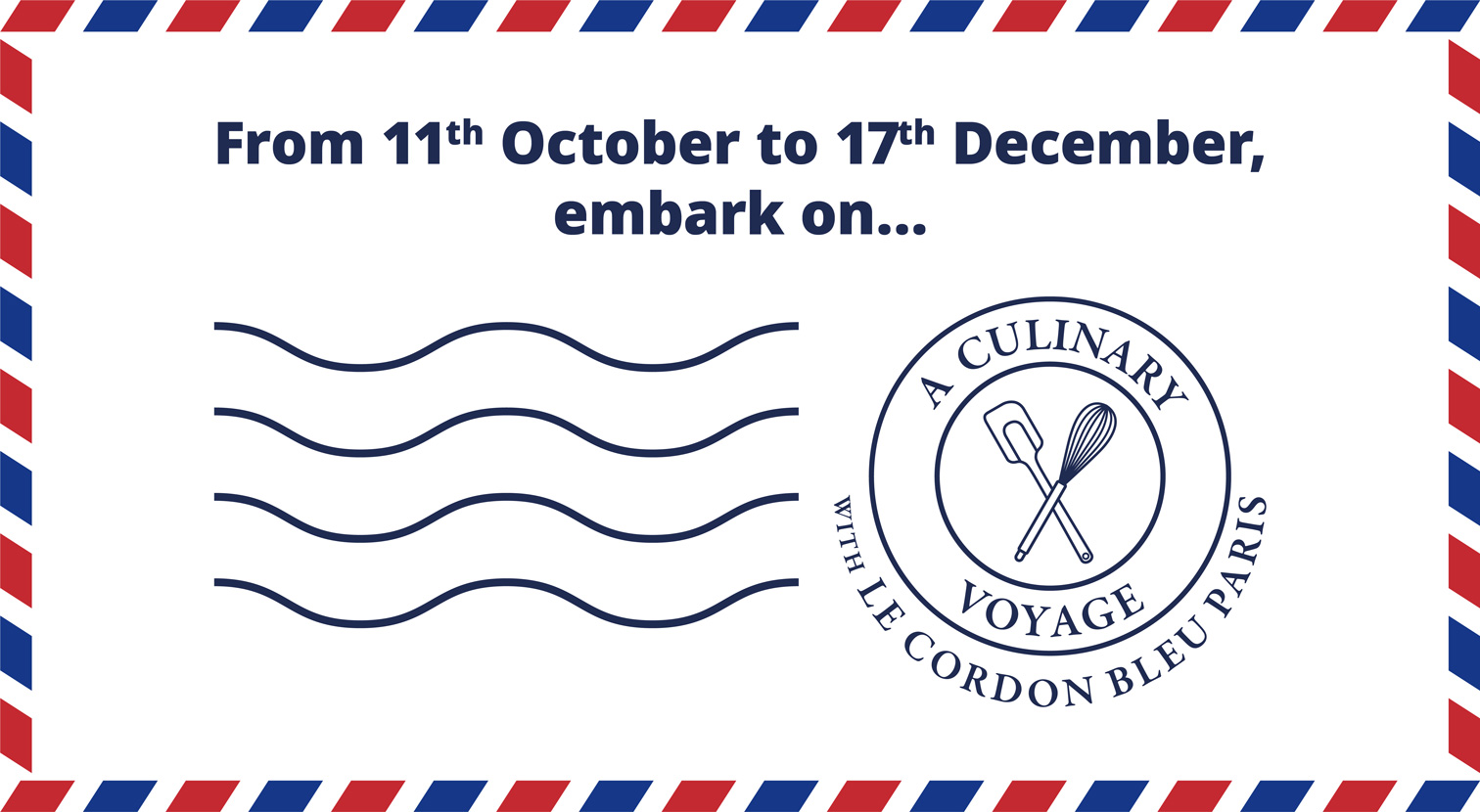 Le Cordon Bleu Paris invites all those who are passionate about gourmet cuisine and travel to embark on a journey to the four corners of the globe for a discovery of local gastronomy. From the refined Asian flavours of South Korea to the culinary delicacies of Colombia, via the generous cuisine of Brazil, there is something for everyone and on every continent. All aboard for a culinary adventure... without leaving the comfort of your own home!

Every week, from October to December, a different country will be showcased on the social networks. A series of videos and cuisine demonstrations will open new horizons for food lovers, providing the opportunity to discover the cultural, touristic, and gastronomic wealth of various countries.

From the very beginning, the goal of Le Cordon Bleu Paris has been to transmit the techniques and expertise inherited from the great names of French cuisine, both in France and abroad. Every year, Le Cordon Bleu network welcomes over 20 000 students of 130 different nationalities. This initiative provides the perfect opportunity to promote the gastronomic culture of foreign countries but also, given the current situation, the chance to take a virtual trip.

Which destinations are waiting to be discovered? Our journey will begin in South Korea, followed by a stopover in South Africa, before continuing to Colombia, Thailand, Brazil, Japan, and Argentina. Our last port of call will be France.

Short videos focusing on gastronomy and culture in the country in question will be available on Le Cordon Bleu Paris Instagram and Facebook accounts. A culinary demonstration, featuring a Chef from the country being showcased, will also be organized each week, and posted on the social networks.

Pack your bags, Le Cordon Bleu Paris is waiting to whisk you away on an adventure!

More details to follow shortly on our social networks.