Shining a spotlight on vegan alternatives this World Vegan Day 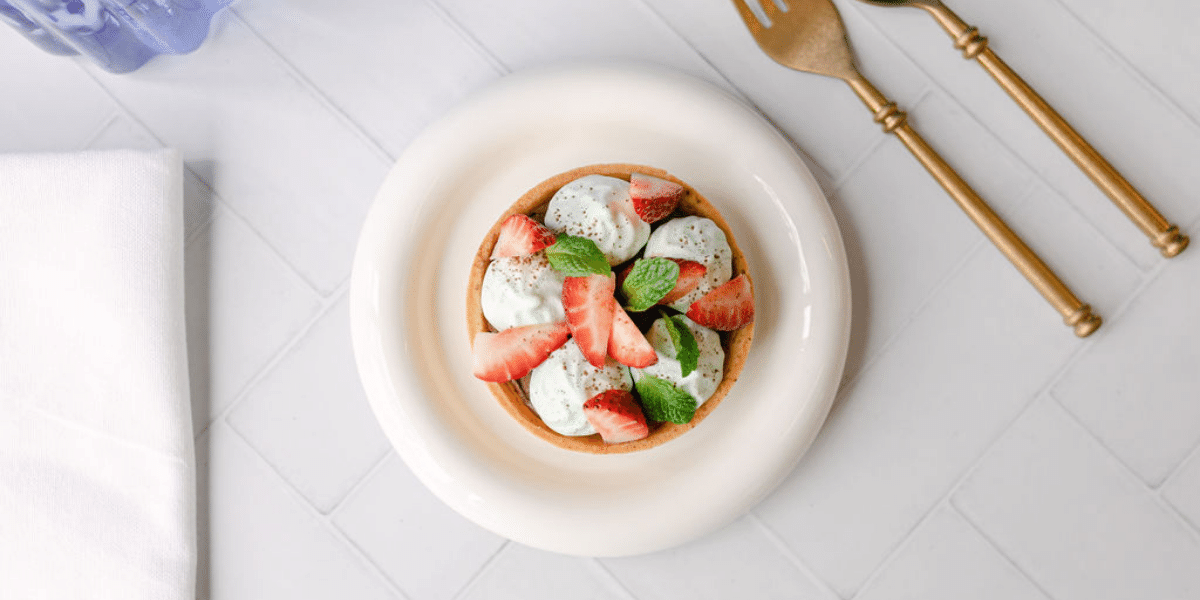 A vegan lifestyle offers a way to shrink our environmental footprint, especially in regard to climate change. Plus, it's no secret that a well-planned vegan diet can fuel the highest levels of fitness, while reducing our risk of various chronic diseases. This World Vegan Day on November 1, Le Cordon Bleu Melbourne chef and lecturer Mariano Velazquez has been busy in the kitchen, creating a dark chocolate and lime tart with a vegan twist.

He says this sweet, vegan alternative reflects the season and demonstrates how you can still make a delicious dessert using only vegan ingredients in its preparation.

“Making a vegan tart base only requires replacing the butter for a plant-based margarine,” Chef Mariano says.

“The use of almond meal and flour makes the tart golden and crisp, to be able to hold the rest of the ingredients.

“I particularly like the aquafaba meringues. Using the liquid from cooked chickpeas to make meringues is magical. The structure, flavour and shine of the vegan meringue is stunning.”

Raise your fork to World Vegan Day by popping on your chef’s hat and recreating this dish for friends and family. Bon appétit!

For the tart base

1. Sift the flour and gently rub in the butter to a sandy consistency. Incorporate icing sugar, almond flour and salt.
2. Make a bay in the centre and add the water. Combine until smooth, making sure dough is not over worked. Cover with glad wrap and rest in the fridge.
3. Roll out the pastry 2mm thick and line the mould. Dock the pastry and blind bake in the oven until golden. Cool down.

For the chocolate and lime mousse

4. Drain the tofu.
5. Melt the chocolate over a bain marie and blend together with the rest of the ingredients. Pour it in the tart case and chill.

6. Whisk the aquafaba until it starts foaming.
7. Add the sugar and cream of tartar slowly until the meringue gets shiny and stiff.
8. Put it in a pipping bag with a star nozzle and pipe it on a tray lined with baking paper. Bake it at 120°C for 2 hours or until it dries.

9. Cut the strawberries and place them on the tart together with the meringue, mint leaves and chocolate shavings. 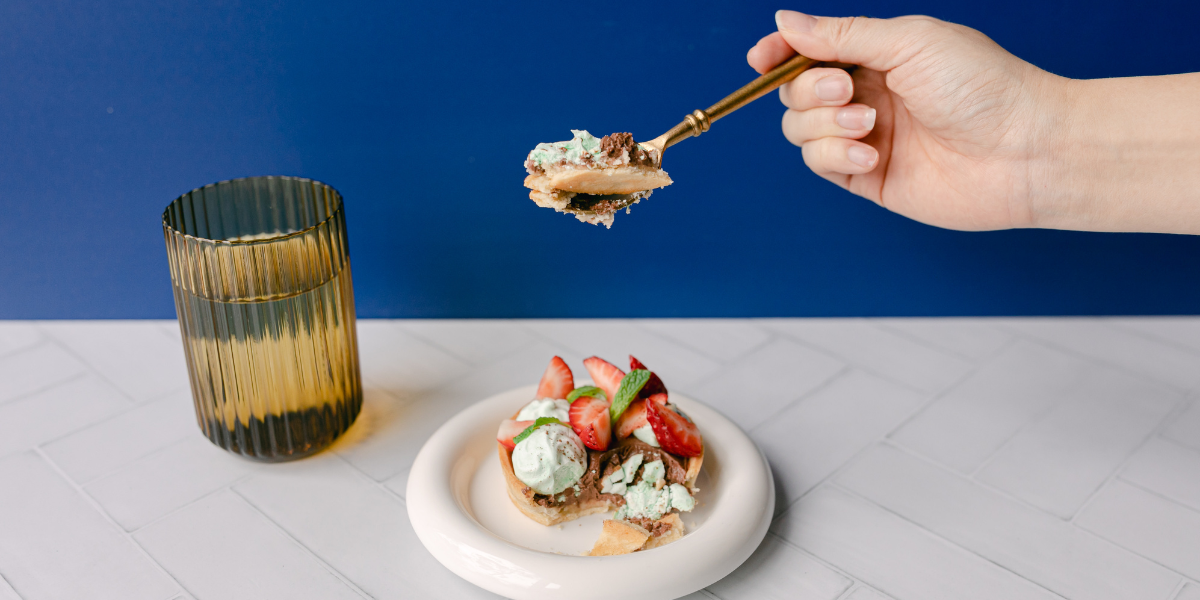