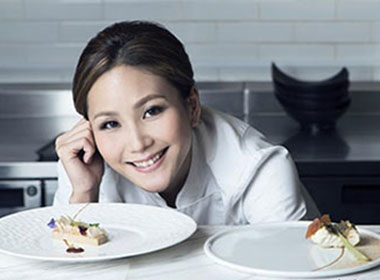 In a competition voted for by peers across the industry, this accolade is worth more than many. Designed to celebrate and promote female talent, the award is voted for by 300 industry experts from across Asia who create the annual list of Asia’s 50 Best Restaurants.

Vicky Lau’s wasn’t intending on becoming a Chef, she originally graduated from New York University, to become a graphic designer. She couldn’t deny her passion for cuisine though, and decided to undertake a Grand Diplôme at Le Cordon Bleu Dusit in Bangkok.

Following her studies, she worked at the Michelin-starred Cépage in Hong Kong before opening her own restaurant, Tate Dining Room, in 2012.

We congratulate Vicky on this fantastic achievement, and hope she inspires an enthusiastic new generation of female chefs.