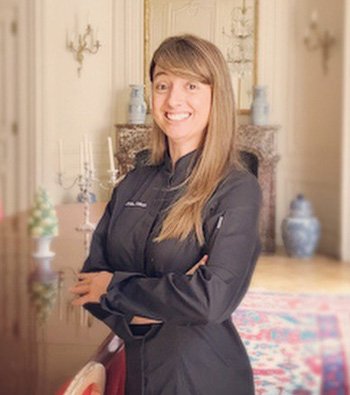 Having just graduated from Anhembi Morumbi University, Renata Portasio’s decision to follow the advice of a prominent French Chef in São Paulo changed her destiny. In 2004, her dream of studying at Le Cordon Bleu Paris institute became a reality. After graduating with her Grand Diplôme, she went on to perfect her skills in some of the best restaurants in France (L’angle du Faubourg, 1 Michelin star), and in Italy (Quatro Mori, 1 Michelin star). In 2014, she became “French Chef” at the residence of the Ambassador of Brazil, in Paris. Chef Portasio was put in charge of the menus served to Heads of State during their visits to Paris.
Let this demonstration whisk you away on a culinary journey to Brazil!

Registration and payment below.
Please make sure you have received confirmation of payment for your registration to be confirmed. Please note that no refund will be available once the transaction has been completed.