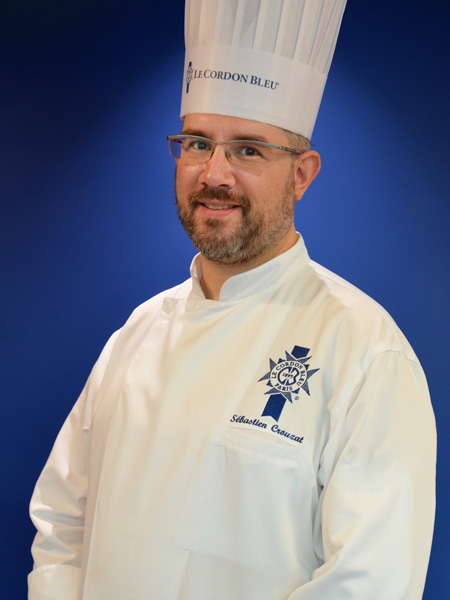 Sébastien Crouzat has a CAP and BEP in pastry and boulangerie and obtained the BTM (Brevet Technique des Métiers) in pastry in 2000. With a view of working in the best Parisian bakeries, in 2005 and 2006, he managed one of the Le Quartier du Pain bakeries (MOF Frédéric Lalos).

In 2003, he won “1st Prize in Artistic Bakery” in Romorantin and the ”Jury’s Honour Prize”. In 2004, he received ”1st Prize in Bakery” at the Meaux Gastronomic Fair. He participated in the ”Pain Couture” exhibition with 17 MOF bakers, with creations made entirely of ”Bread”, imagined by the fashion designer, Jean-Paul Gaultier. In 2005, during the SIRHA, he won his greatest award, ”French Bakery Champion”.

In 2009, he settled in Bordeaux as an artisan baker, before joining Le Cordon Bleu Shanghai in 2017. During this period, he was a member of the jury for the Bakery World Cup selections for China. In 2019, he again worked with Philippe Conticini for his new Gâteaux et Pains d’Émotions boutiques in Paris and London.