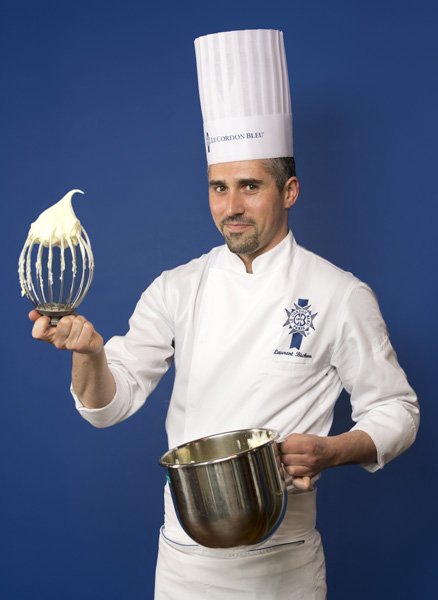 Laurent Bichon is originally from the Ile-de-France. Following a Brevet d’Études Professionnelle (BEP), he decided to specialise, taking extra qualifications in chocolate and ice cream, before beginning an apprenticeship in boulangerie.

In order to broaden his range of professional experience, Laurent Bichon embarked on a culinary journey, working in numerous renowned establishments. His first port of call was Le Meurice hotel, in the role of commis pastry Chef, before moving on to the three Michelin-starred Restaurant Guy Savoy, in Paris. After working alongside Christophe Michalak (World Pastry Champion) at the Plaza Athénée, for over 3 years, he was promoted to the role of Chef de partie.

With a rapidly evolving career, Chef Bichon moved to Canada, working for several months as pastry second at Le St. James hotel. After returning to Paris, he continued his career as Chef de partie at the Hôtel de Crillon, with Jérôme Chaucesse, One of the Best Craftsmen in France (Meilleur Ouvrier de France - MOF).