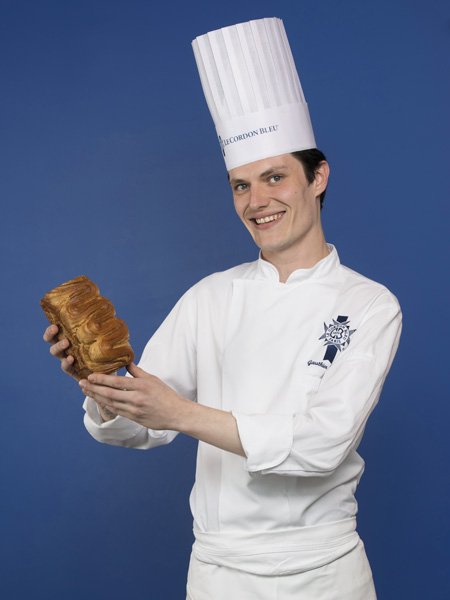 He began his training in a traditional bakery in 2013 where he familiarised himself with a whole range of techniques.

In 2014, when taking his extra qualification, Chef Denis continued his training at a bakery which specialised in making special breads, enabling him to master diverse techniques, including creating special breads and decorating skills.

As part of his work and study programme, Chef Denis was employed at the Plaza Athénée hotel in Paris. In order to gain experience and explore all that Mediterranean bread has to offer, he then headed to southern Italy where he worked with pastry Chef Pasquale Marigliano in the Naples area. He then went on to work with Chef Thierry Delabre at his laboratory in Paris learning about ancestral techniques for making bread.

In January 2019, Chef Denis, along with Chef Somoza and Chef Hoël (both of whom are also Le Cordon Bleu Paris institute Chef Instructors), represented the Ile-de-France at the French Boulangerie Cup. His performance led to him being selected as a member of the French team for the 2022 World Boulangerie Cup, during which he will make an artistic piece.