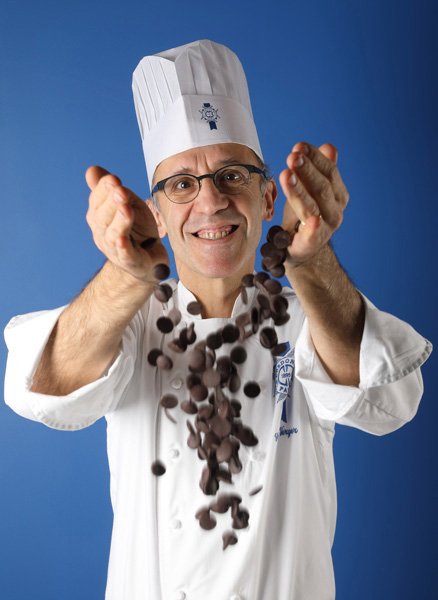 Born in Angoulême, Chef Éric Verger has a “CAP (Certificat d’Aptitude Professionnelle)” and a “Brevet de Maîtrise” in pastry.

A year later, he decided to open his own pastry shop and bakery in the Sarthe region of France. He was in charge of the company for 6 years before being recruited as a pastry Chef by Pène, which specializes in making entremets, chocolates and small cakes.

In 1998, Chef Verger was appointed Head of the M. Willems pastry lab, a catering company in the Île-de-France.

He went on to work as “second” in pastry at L’Écureuil pastry shop in Paris’ 17th district. He then moved on to become pastry Chef at Mothu, in Saint-Mandé, where he remained for 3 years before entering the world of education.

He spent one year in research and development in the pastry field, working for the Salé/Sucré company in Champigny-sur-Marne. He then worked as a pastry Chef for 2 years in a high-end catering company, Kaspia receptions.